The Rock Piler of Zürich 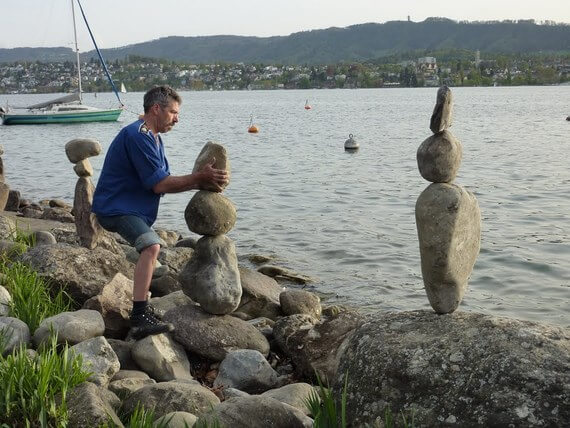 I used to be a naysayer until I finally met the man behind the rocks. Wow, the previous sentence makes no sense without some further explanation, so read on...

If you have ever walked along the Lake of Zürich on the Seefeld side, you may have noticed some fascinating rock sculptures. In fact, they can usually be found nearby the China Garden.

I used to think that these impossible constructs are either made of plastic, or that absurd amounts of super glue are somehow involved. 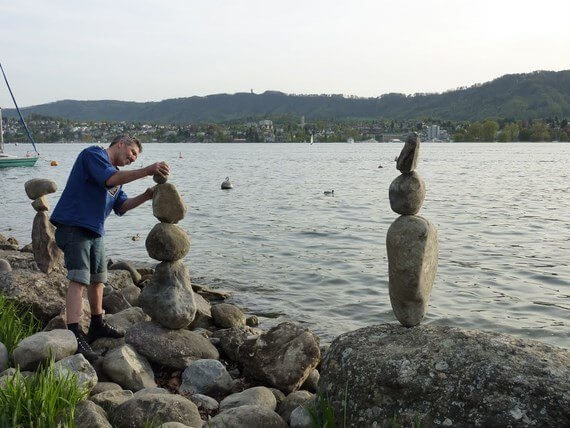 As it turns out, neither is the case because I have actually caught one of the artists in the act!

It was magical to be able to witness the mysterious 'Rock Piler' carefully examine the properties of various rocks before piling them one on top of another... According to the artist, it is all about trying the unexpected. He is pushing the boundaries of gravity by placing rocks in ways that they should not be placed.

What disturbes him most in achieving the seemingly impossible are doubters in the audience. Now that I have actually witnessed the original Rock Piler of Zürich, I can assure him that there will be one less naysayer from now on... 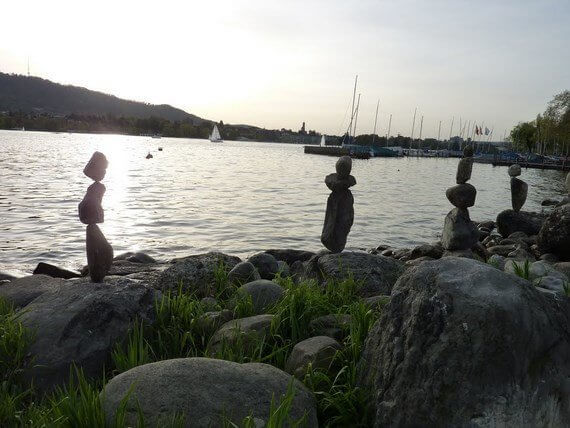 Have you ever seen Zürich's rock art at the lake?

Musée d’Elysée is a Photography Museum in Lausanne

The Musée d’Elysée in Lausanne is a rarity among art museums in Switzerland and beyond: It is entirely devoted to photography, presenting... I was drawn to this clever series of advertisements by Swiss Life. Covering examples of life’s twists and turns, I find these ads pretty risqué... Fresh off the billboards of Switzerland, here is the latest batch of advertisements that are noteworthy...