Davos – Where Dollars and Bills Hang Out

There has been a lot of flight traffic in the skies of Switzerland lately. At first, I thought there was a jailbreak and the cops are looking for the robbers.

Then, I remembered that I am in Switzerland and that it is World Economic Forum season.

While the Bills and other billionaires in Davos are toasting to Dom Pérignon, common Swiss people are grappling with reality as the latest edition of Das Lohnbuch 2010 has been released. This book lists average salaries for various trades and professions in Switzerland.

It feels unfair that bakers gross more than butchers, but it does not surprise that private pilots are among the highest earners. After all, they are the ones shuttling billionaires back and forth between Zürich and Davos!

(via Gawker and English Forum) 9 beautiful Swiss towns to see in your lifetime

Hidden courtyards, gardens with manicured flower beds and confectioneries selling Swiss pastries to write home about. Here are 9 Swiss towns for your bucket... 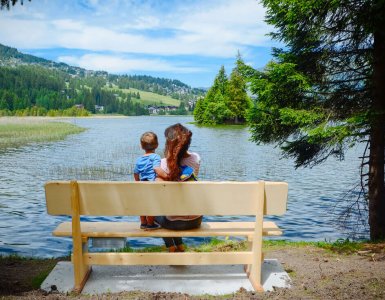 Our tips for a family-friendly summer weekend in Lenzerheide

When you come to a land that is covered with high mountains where capricorns graze, you have reached Lenzerheide. This destination caters to families...

Today is a historical day in a country where women only just received voting rights on a national level in 1971! Switzerland's parliament has voted a new minister into office, giving the cabinet a female majority for...