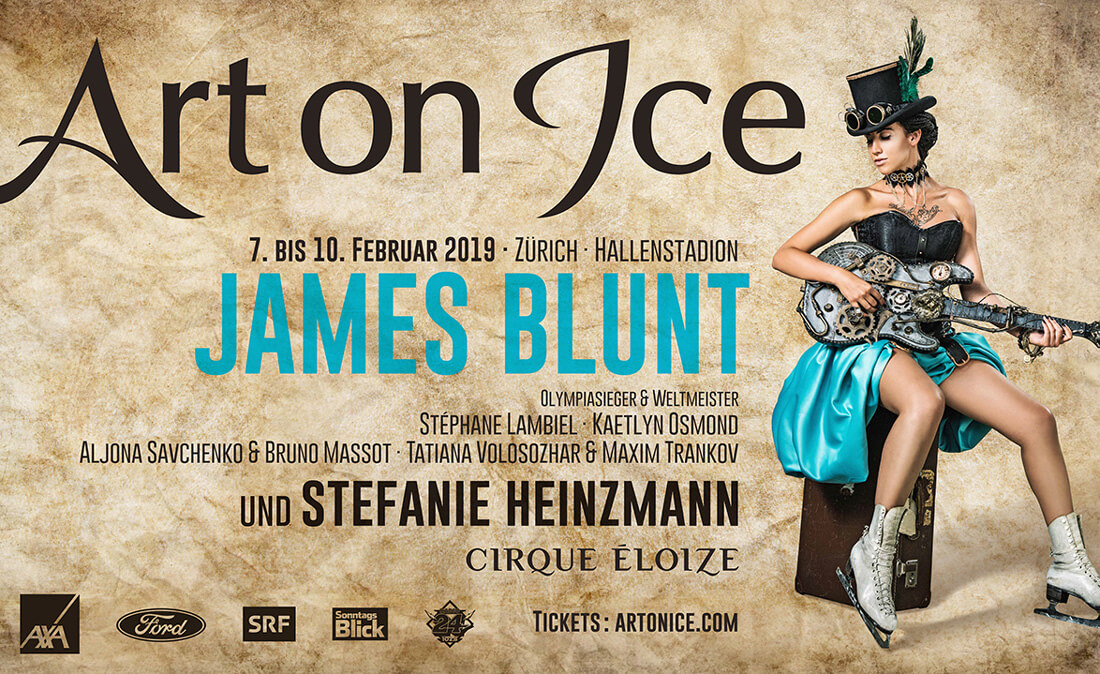 How many stars can you pack on an ice rink? The organizers of Art on Ice were thinking large when they announced the lineup for 2019!

“You’re Beautiful” and “Bonfire Heart” are just two of James Blunt’s hit songs. It is quite incredible that he will be performing these and many more in Zürich as part of Art on Ice.

The Swiss act on the stage in 2019 is Stefanie Heinzmann. The 29 year-old singer from Valais is also a television personality. To date, Heinzmann has released four studio albums, all of which made it to the top five in the charts. (“My Man Is A Mean Man” stayed at number one on the single charts for four weeks.) Heinzmann’s latest single is called “Build A House.”

Obviously, the English singer-songwriter and Swiss pop and soul queen will be leaving the skating up to Olympic gold medalists and World Champions!

We are very excited that James Blunt will be performing at Art on Ice 2019! Here he is with a special message:

Reserve your tickets on Ticketcorner

Manage Cookie Consent
To provide the best experience, we use technologies like cookies to store and/or access device information. Consenting to these technologies will allow us to process data such as browsing behavior or unique IDs on this site. Not consenting or withdrawing consent may adversely affect certain features and functions.
Manage options Manage services Manage vendors Read more about these purposes
View Preferences
{title} {title} {title}
28 Shares
Share28
Tweet
Share
Pin
WhatsApp