So I found Little Canada in Switzerland (I’m Canadian)

Switzerland fits 242 times inside Canada. But is it possible that there is a Little Canada hidden inside Switzerland?

After telling him how much I miss home these days, Dimitri suggested I research the Relais d’Arpette in Valais. He said it would be an adventure into a place sometimes called the Little Canada of Switzerland…

An institution in the region since 1926, the Relais d’Arpette has evolved over time. It was once a gathering spot for mountaineers on the impressive “Tour du Mont Blanc.” And today, this mountain inn would prove to be an ideal base for outdoor activities. With all the possibilities in this region, I can see why someone would stay for several nights.

As for me, I love hiking. It’s healthy, free, and helps to get more followers on Instagram. I have always wanted to sleep in the mountains, but I feel like I am too old to share a dormitory with strangers. I like little comforts such as having my own bathroom and shower.

The Relais d’Arpette would prove to be the perfect mix between an alpine hut and a fancy hotel. The view from the rooms is outstanding; I was glued to it for my entire stay. And the staff was outstanding, too.

Speaking of the staff: I was warmly welcomed by Bernd, the new co-owner of the inn. He had visited this region for his entire life, and he stumbled upon the Relais d’Arpette when it was for sale.

It was inspiring to talk with this former marketing director who completely changed his life in order to follow his true calling. Pay attention and you will find his passion and love in many aspects of the Relais d’Arpette.

My recommendation for a hiking route

I was looking forward to hiking again after way too long. Bernd introduced me to an accessible hike with rewarding views. The starting point is within easy walking distance from the Relais d’Arpette. From there, the cable car took us to La Breya at 2194 meters of altitude.

Surrounded by amazing views, we hiked all the way back to the inn:

The Arpette valley offers lots of different activities for all seasons. During summer, hiking and lake activities are ideal. And I am told that during winter, it’s a paradise for ski touring and cross-country skiing.

Like any day during summer 2021, it was supposed to rain during the hike. But the mountain created some kind of microclimate and we did not have a single drop of rain. They weren’t as lucky in the village, though.

The day ended for me at the dinner table. I was invited to share a meal with Bernd and his amazing wife, Ilona. We laughed a lot and drank wine from the region.

The delicious blueberry pie deserves a special mention, a pastry that’s been synonymous with the Relais d’Arpette for a long time. Bernd and his team made sure that they would maintain this tradition after taking over. The pie was simply delicious! If nothing else, the blueberry pie alone is a reason to pass by.

At Relais d’Arpette, the only other thing as impressive as the view was the food. As a vegetarian, it is sometimes hard to find dishes that leave me feeling satiated.

Every day, the in-house restaurant would serve a tasty vegan option that consisted of way more than just a salad. (I have also been told that their dry meat was out of this world. When I return, I will definitely bring an omnivore friend with me…)

It is easy to see how much love and passion go into this mountain inn. Bernd and his team thought through every detail. As a result, each aspect is such that it brings out the best quality, meanwhile supporting the local economy.

You can ask Brend about that heavenly bread, the pickled vegetables, or the cheese that I still dream about. (It’s one of the best and most complex cheese varieties I have ever tasted, changing its flavor profile depending on the herbs the cows eat that season.) The wine menu features local vintages - bottles you simply cannot find at your local big-box grocer.

Who let the dogs out? My visit to the Great St Bernard Hospice

The Col du Saint-Bernard shares its name with the dog that millennials know as Beethoven. When there’s a chance to see a dog, ain’t no mountain high enough. And here in the Valais, we climbed to 2469 meters of altitude to find them!

I always knew that Saint Bernard dogs are associated with Switzerland, but I never dug into it. The Great St. Bernard Hospice was first mentioned in the ninth century. After being destroyed, the monastery was rebuilt in the 11th century to host travelers and pilgrims.

From 1800 until 1812, this is where the first Saint Bernard named Barry used to live. This amazing dog saved more than 40 people from avalanches, referred to as the “white death.”

A creepy little fact: the original Barry has been stuffed; you can meet him in a permanent exhibit at the Natural History Museum in Bern.

To maintain this heritage, there is always a dog named Barry at the hospice. (It’s a little bit like the Dalai Lama, but the dog version.) As soon as one Barry dies, another is born.

The official dog of Switzerland no longer rescues people from avalanches. They now use smaller more efficient dogs for rescue missions.

Saint Bernards are still very much needed; they are now social dogs. The Barry Foundation was created in 2005 with the purpose of bringing a therapeutic touch to social institutions and contexts. Their dogs are tasked with everything from rehab in hospitals to breaking down barriers with those afraid of dogs.

Here on the Great St Bernard Pass, you can visit the Barry Foundation with its museum, or even book a hike with these sweet dogs.

Initially, Dimitri had promised me that the Relais d’Arpette would be a Little Canada in Switzerland. I must admit that he was right. For a moment, it felt like home. 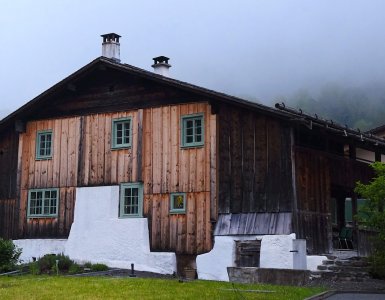 What it’s like to vacation in a historic Swiss building

The ancient door creaks and my feet are freezing as I tiptoe down the stone stairs to retrieve wood. I'm staying in a historic Swiss building... 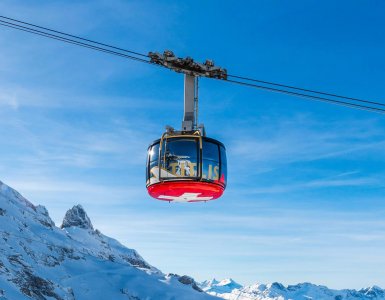 Cable cars in Switzerland to ride in your lifetime

Just a fraction of Swiss mountains are accessible to people like you and me. Yet thanks to no less than 251 cable cars, all of us can climb them. A foodie’s guide to mountain restaurants in Zermatt

Some refer to Zermatt as the lunch capital of the Alps. Others consider it as a resort reserved for foodies. They are both right!

Manage Cookie Consent
To provide the best experience, we use technologies like cookies to store and/or access device information. Consenting to these technologies will allow us to process data such as browsing behavior or unique IDs on this site. Not consenting or withdrawing consent may adversely affect certain features and functions.
Manage options Manage services Manage vendors Read more about these purposes
View Preferences
{title} {title} {title}
178 Shares
Share169
Tweet4
Share
Pin5
WhatsApp