12 myths about Switzerland (and whether they’re true or not) 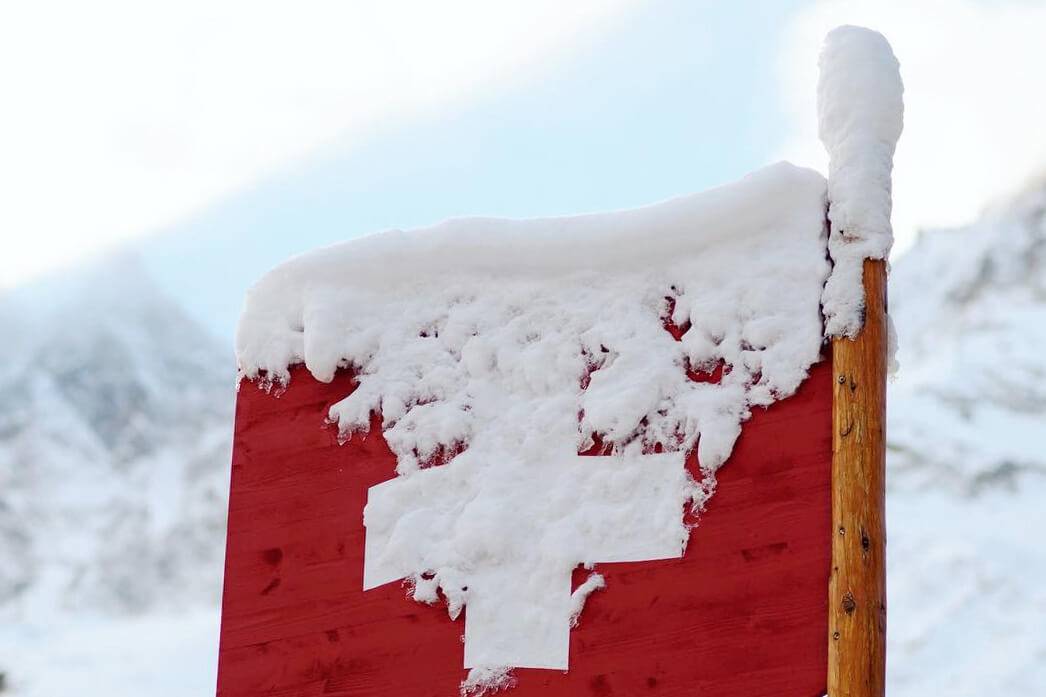 Say you're a regular Italian who happens to move to Switzerland.

You start your new life and slowly learn all the habits and peculiarities of your new country. Time passes, and you get used to them. You forget you live in a country that, to other Italians, is sometimes imagined as strange and exotic.

Whenever you travel home and meet those friends who have hardly ever visited Switzerland, you are faced with questions and myths about this country. And then you realize that some of your fellow Italians have an idea of Switzerland that is, in fact, a myth! They're full of bizarre details that may not entirely be true.

Here are the most common yet weird myths about Switzerland that Italian expats hear when they visit home:

"You live in Switzerland, therefore you must be rich."

Answer: Think again... Sure, Switzerland has higher wages than most countries. But it is also true that everything is much more expensive than in other countries. Just like in every other corner of the world, there are people who struggle to pay their bills in Switzerland, too.

(Oh, and please don't ask about our wages and our money. It makes us feel uncomfortable.)

"And in the whole of Switzerland, everybody speaks Swiss."

Answer: Uhm, nope. We have four official languages and everyone is expected to speak at least one of those, but The Swiss Language? It does not exist. This is a great map to help you figure out how languages are distributed in Switzerland: 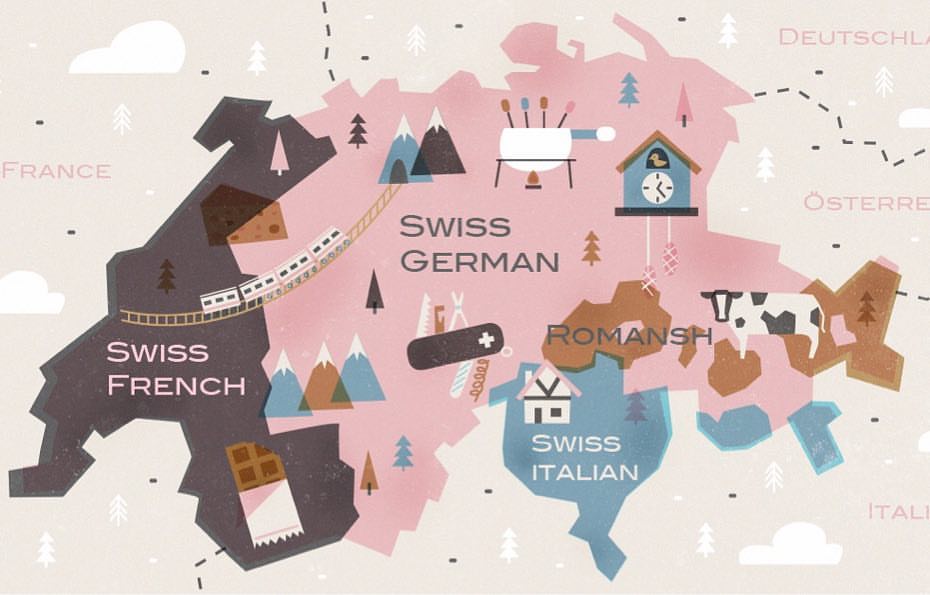 "Your sons were born in Switzerland. This means they're Swiss."

Answer: No, they're not. Contrary to what everyone assumes in Italy, being born here does not automatically make you a Swiss. A Swiss passport is something that you must earn through years and years of Swiss life, Swiss schools, Swiss local activities and, in most cases, an oral exam to test your Swissness.

Answer: False-ish. This may be true on some level, especially if you have only ever been to Switzerland once or twice. But there is more variety food in Switzerland than you would imagine. Ticino eats mostly like its neighbor region, Lombardy: Risotto, polenta, freshwater fish, handmade pasta.

The food of the Alps is tasty and offers a variety of soups and local cheeses. And even the simple rösti can rise to a form of art with the right ingredients. So, do not focus on the wienerli and pommes - Swiss food can be a surprise!

"The Swiss eat a lot of chocolate."

Answer: Can't deny it. Seriously, can you blame them? Have you seen the chocolate isle in the local grocery store? Also, there is so much more to chocolate than an average milk chocolate bar. Try dark chocolate with almond flakes. White chocolate. Small boxes of handmade pralines. Seriously, it's bliss!

"Kids in Switzerland are sooo polite!"

Answer: False. The Italians have this myth of oh-so polite Swiss children. Sorry guys: Brats and bullies are everywhere. Italians have the myth of the "Swiss school" where everyone looks and acts like in a 19th century novel.

"In fact, everyone in Switzerland is sooo nice!"

Answer: Almost, but not quite. The Swiss are often described as being so nice. Truth is, they are nice as long as you are nice to them. True, they don't argue. But they follow the rules, and they expect you to do the same.

If you do not, expect angry letters and expensive fines. The Swiss will show no mercy should you break even the simplest of the rules, especially the ones most dear to them: Like not parking your car in the assigned place, bringing out the trash on the wrong day or stealing your neighbor's laundry turn!

"No doubt, cows are everywhere in Switzerland!"

Answer: True. At first I thought it was just a myth. You know, people imagining Switzerland and its green grass meadows... But then I moved to Switzerland and I realized: Cows are in fact everywhere! And they are so cute!

"Since you get a lot of snow, everyone skis in Switzerland!"

Answer: True-ish. It is a fact that skiing is considered a basic activity in Switzerland - so much so that it is included in the school curriculum. (Think a compulsory week of skiing in the mountains every winter.) But not every canton gets a lot of snow. Ticino is a bit colder than northern Italy, but overall only gets a few snow days per year.

So no, not every single Swiss lives in a Winter Wonderland.

"Everything is better in Switzerland because you don't have so much immigration."

Answer: Uhm, no? Actually. Switzerland has a huge percentage of immigrants (28.9%) compared to Italy (8.3%). Perhaps we should just stop blaming it on the immigrants?

And finally: My personal favorite: "Switzerland has four cantons, yes?"

Answer: False! Because, well, geography. But we *did* get asked it, once!

(Photograph copyright Kapo Freiburg) In 2010, a then 37 year old Swede has been pulled over between Bern and Lausanne for going 290 km/h (or 180 miles per hour)! Needless to say, this man's joyride has ended abruptly...

10 Steps to Settling in Switzerland: Legalizing Yourself (#4)

As a foreign national, you must register with the residents' registration office of the commune where you will be living within 14 days of arrival. If your new home is in a town, you will want to visit your "Gemeinde"... On the Gotthard Panorama Express, the journey is the destination

There are faster ways to travel from northern to southern Switzerland than with the Gotthard Panorama Express. But by panoramic train and boat...

Manage Cookie Consent
To provide the best experience, we use technologies like cookies to store and/or access device information. Consenting to these technologies will allow us to process data such as browsing behavior or unique IDs on this site. Not consenting or withdrawing consent may adversely affect certain features and functions.
Manage options Manage services Manage vendors Read more about these purposes
View Preferences
{title} {title} {title}
1K Shares
Share1K
Tweet6
Share11
Pin129
WhatsApp