This 2018 Samsung QLED TV is a minimalist marvel 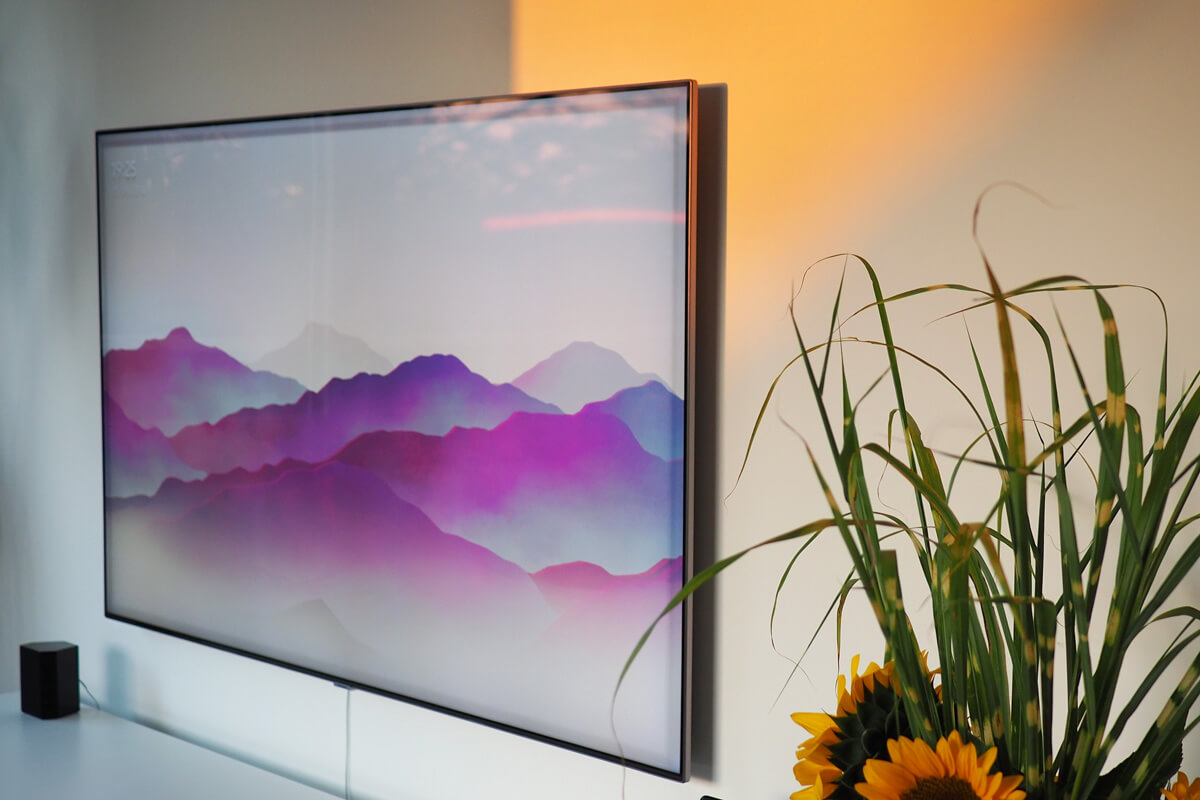 Those who visit our apartment will routinely comment on the interior design style: “You guys are so minimalist.”

Now, it has never been our intention to pursue minimalism. But there may be some truth to this comment: we mostly try to live a clutter free life. Our furniture is modern, featuring sleek lines and light colors. And yes, we admit that our walls are (still) flat white! Actually, we have not made up our mind about a color scheme, thus the picture frames are loosely set against the walls…

So yes: the culmination of our design choices may come across as minimalist. When it came to picking a television for our living room, a sleek and minimalist appearance was more important even than some technical specs.

One of the criteria was for the TV to take up as little space as possible. Mamiko had some initial reservations against wall-mounts (she is originally from Japan where she grew up with frequent earthquakes). But I convinced her that this would be the neatest way of displaying an LCD panel – and she agreed to go for it!

I had first spotted Samsung’s TV models of the Q8 series at a showroom in Zürich. What immediately stood out was the way the panel seemed to hang on the wall like a picture frame. There was almost no discernible gap, and so I looked closer.

It turns out that in order to set the backside of the already slim panel flush against the wall, the engineers used a trick: they carved out a space that would swallow the entire wall-mount bracket and reduce the gap to a minimum. 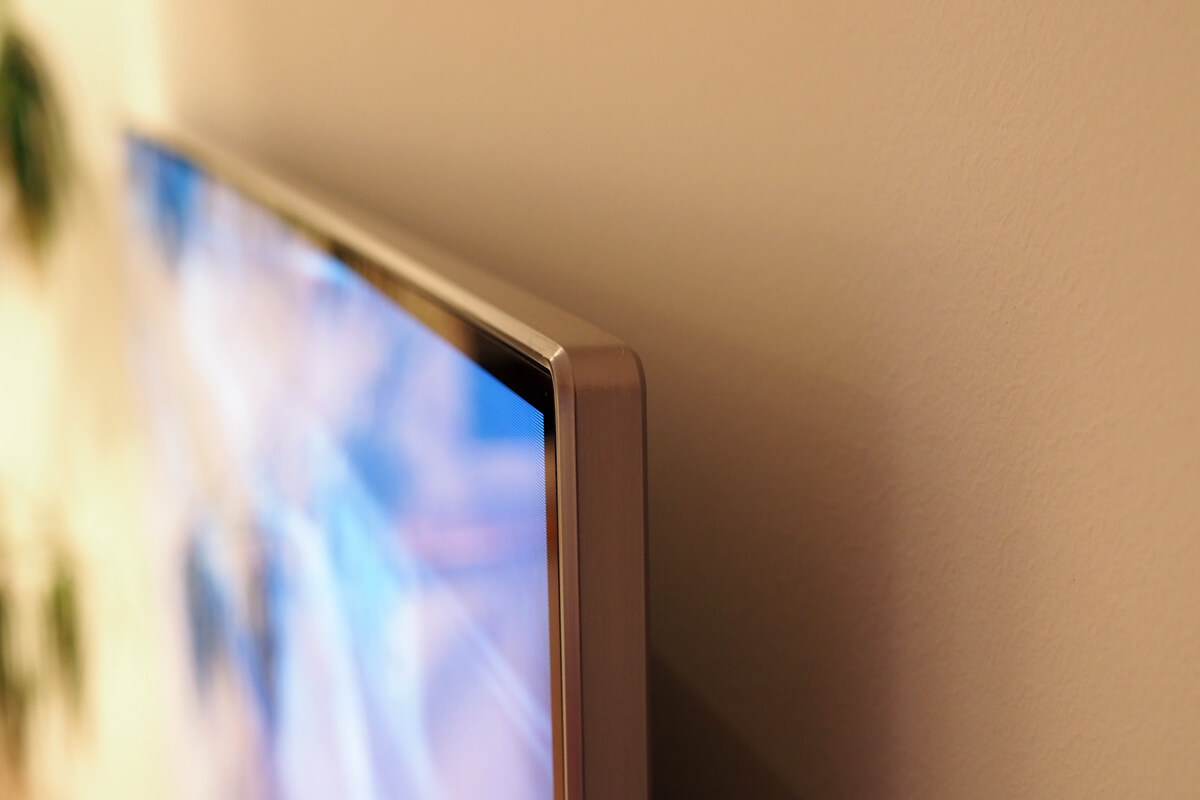 The QLED remote control is a design piece by itself.

When you have a gorgeous panel floating on the wall, a definite mood killer would be a bulky black TV remote. Samsung obviously took this into account as it has supplied its Q8 series with a beautiful, all stainless steel remote control. The button arrangement is truly native, with each function placed exactly in just the location where one would expect it.

This remote is a far cry from a standard “black box” remote and it fits our lifestyle perfectly. As an alternative, the SmartThings mobile app makes it easy to manipulate most every function on the TV from a smartphone or tablet. This includes switching inputs, adjusting the volume or starting a Netflix movie. I have barely used the app thus far because the remote is quite a delight itself. 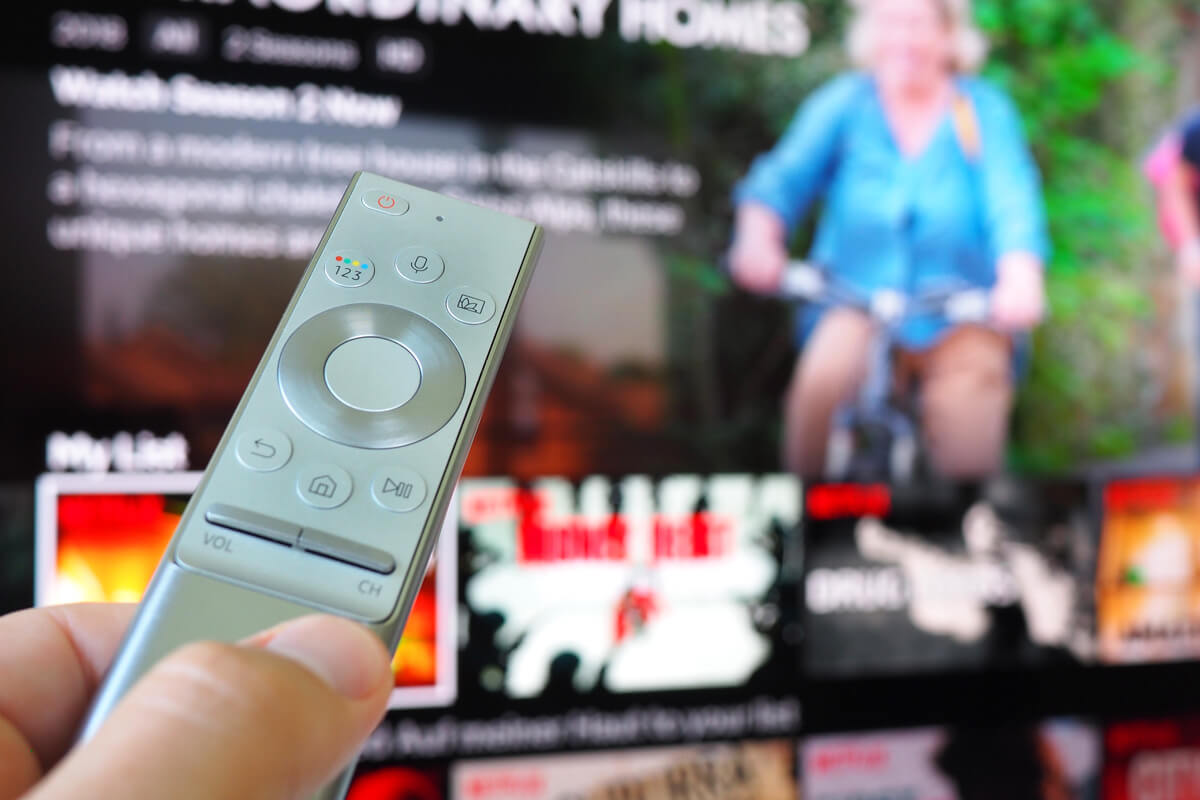 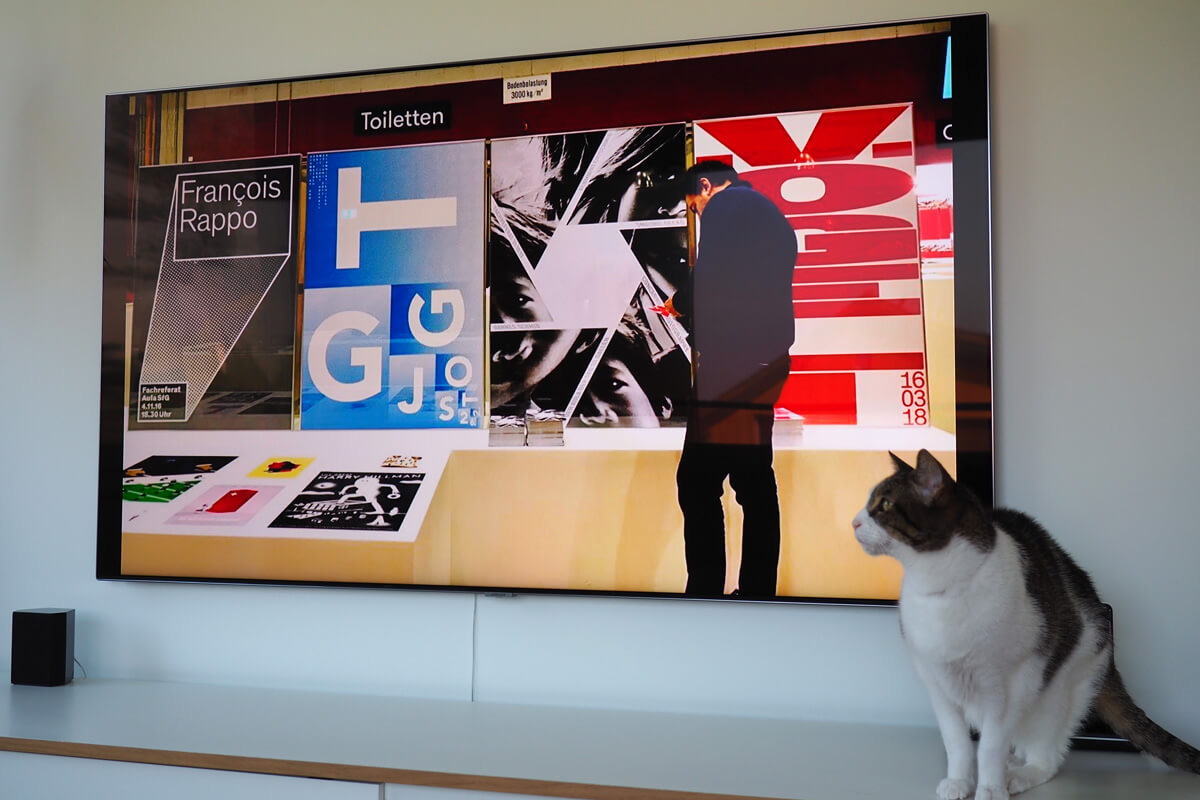 The Q8’s menu system is easy to navigate, seamlessly integrating cable TV, Netflix, YouTube and the BluRay player in one horizontal menu. It is possible to continue watching a Netflix show without actually having to open the Netflix app first: 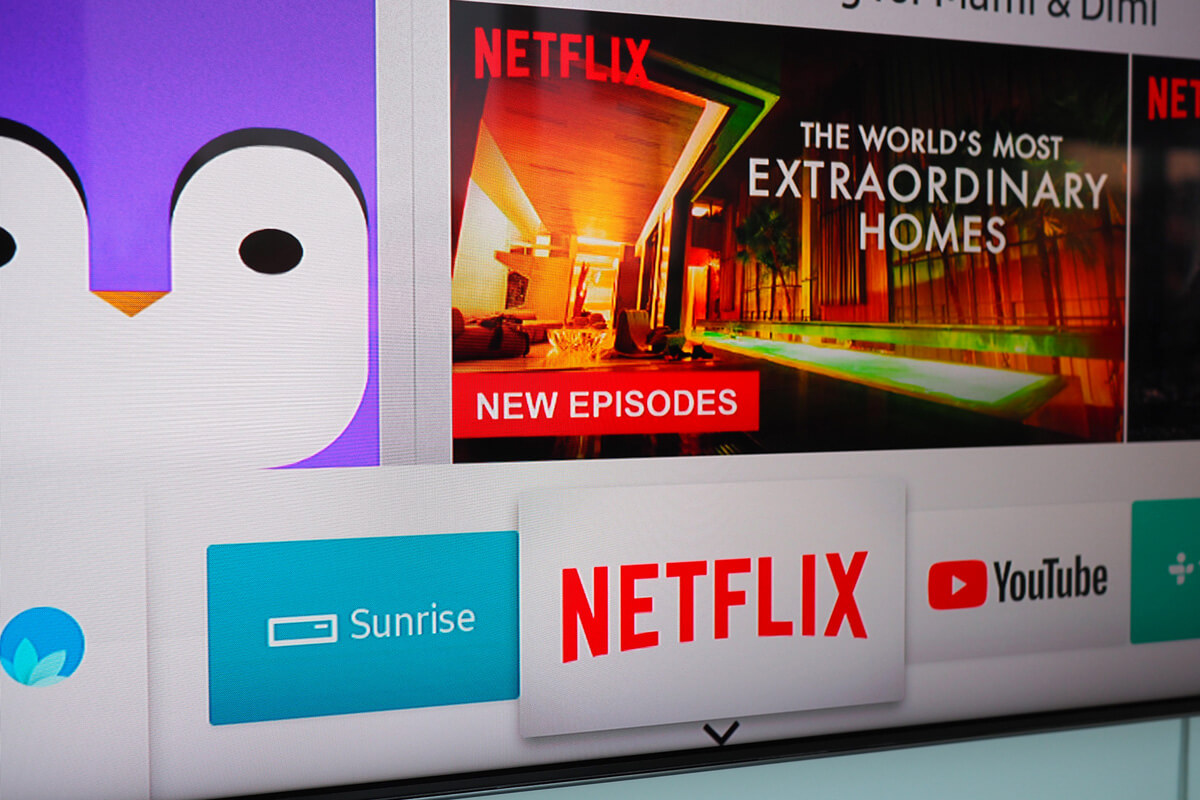 Here’s one of my favorite Netflix shows, The Horn, in all its 4K glory on the 65 inch Samsung Q8F panel: 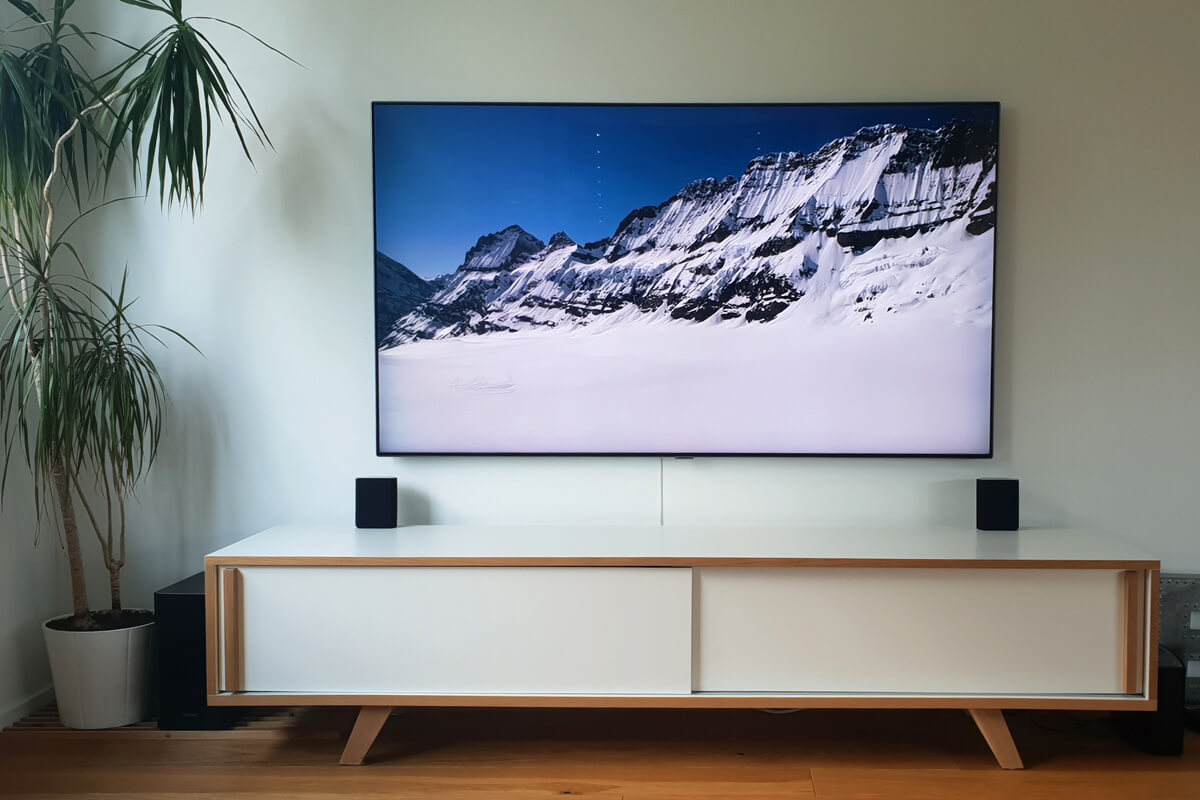 And finally, it is rather convenient to have a web browser at the touch of a button.

I mostly use it to look up movie reviews on IMDB – or to occasionally browse an online magazine about Switzerland… You may have heard of it? 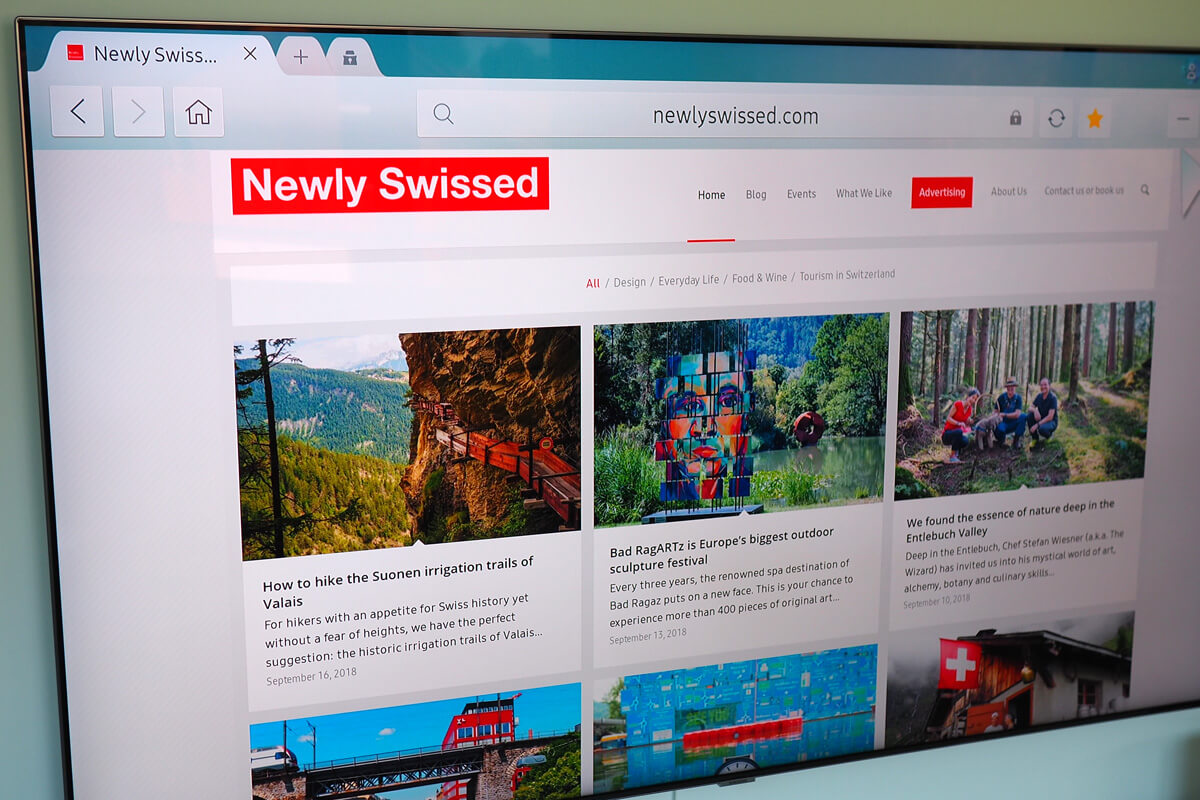 In our household, even our cat Shuffle is a minimalist! All he needs for his happiness is a cardboard box… (Disclaimer: For the purpose of this review, Samsung Schweiz has provided a 65″ Samsung Q8F TV.)

Manage Cookie Consent
To provide the best experience, we use technologies like cookies to store and/or access device information. Consenting to these technologies will allow us to process data such as browsing behavior or unique IDs on this site. Not consenting or withdrawing consent may adversely affect certain features and functions.
Manage options Manage services Manage vendors Read more about these purposes
View Preferences
{title} {title} {title}
17 Shares
Share15
Tweet2
Share
Pin
WhatsApp