Here are 9 valuable things I learned at writing workshops Confession: I’ve attend a lot of writing workshops. It didn’t used to be this way.

Back in 2009, there weren’t exactly a lot of English-language writing workshop options in Zürich. So I went to Paris. I took courses online. And then in 2010, along with two other English-speaking Zürich-based writers, I decided to bring education and inspiration to writers right where we were living.

So we founded the Zurich Writers Workshop and we’ve been running one weekend event every year since.

As a writing workshop organizer, being a writing workshop attendee is part of the job. That’s why over the last decade, I’ve attended at least ten workshops and I’m about to come to Zürich to attend one more - the one I'm planning.

Here are the nine things that stand out in my mind from these experiences:

Anger embracement may seem like a strange thing to learn at a writing workshop. But Geneva-based author, Susan Jane Gilman, who has taught several times at the Zurich Writers Workshop, encourages anger.

Why is anger awesome? It powers creativity. It gives us motivation. And it turns upsetting internal thoughts into useful, public commentary. In fact, since moving back to the U.S. in 2014, anger has powered almost every essay I’ve written. Sorry, U.S., but there’s a lot to be angry about these days. But that’s good for writers, because there’s never been more material or motivation.

Nouns matter. A lot. Use a specific noun and your writing goes from generic to specific—and from boring to interesting. Basic example: instead of saying, “nice flowers,” say, “cascading red geraniums.”

Writers are often scared of rejection. So scared that they don’t submit their writing to editors, agents, or publishers. But rejection is great because it means you are taking action. If you’re getting rejected, you’re putting yourself out there.

So, the next time you get a rejection, turn it into a celebration instead. Or better yet—turn rejection into opportunity. My first book, Swiss Life: 30 Things I Wish I’d Known, was rejected by many—including by a Swiss publisher. But once it was published, the Swiss publisher who had rejected it contacted me about acquiring distribution rights.

Truth is scary. And it’s your job.

Here’s the thing: Your writing can be scary to put out there. How do you know whether it’s good? Here’s a hint: You’re scared on publication day. I was scared about the reaction to my piece for Vox about the ways living in Switzerland ruined me for America. Would every American I knew hate me after this piece ran?

But no, life went on and many Americans wrote to me to thank me for discussing these important issues. So, if you’re scared to put your writing out there, it probably means you revealed the truth about something. And that’s a writer’s job. To write as if no one will ever read what you’ve written - and then be brave enough to let the world read it. Dramatic moments in your writing should be dramatic.

Duh, you're thinking. Of course I make my dramatic moments dramatic. But sit in a workshop and read other people's writing (or maybe your own), and you’ll find that sometimes missing a Swiss train by a second happens in a sentence.

Sure, missing that train, which was going to take you to your sister’s wedding, happened in a second. But even if a dramatic moment only lasts a second in real life, in writing, moments of tension should be drawn out, ideally, with dialogue - especially if it was a moment that made you be late to a Swiss event.

Information. Sometimes you need to hold it back.

Here's something you might learn at a workshop: You gave all the juicy info in your novel away in the first five pages. And now there’s no reason for your readers to keep reading. Oops.

That’s why learning to hold back information is just as important as giving information. Your characters don’t have to tell us about their secret Swiss bank account on the first page. And resist the urge to have them tell us about their relationship with Roger Federer on page 5. String the reader along instead.

Networking doesn’t have to suck.

That’s what’s so great about workshops. A workshop gives you breaks that include people and coffee. And that, People Who Hate Networking, is networking. Wow. So casual. So not-networking networking. Attend a writing workshop and you realize you are not alone and you might even find people to create a critique group with just by chatting over coffee.

Writing is a business.

The writing world is kind of like Switzerland. It seems so ideal to outsiders. But look beyond the snowy mountains, cheese, and chocolate and you’ll see that the Swiss aren’t so perfect after all - in fact, they’re about to burn a snowman at the stake. Writing is like that, too. It’s not just creative ideas and poetic words. It’s a business. And there are contracts to understand, payments to negotiate, and general stuff to learn not to put up with.

Workshops can help you learn that you should always ask for better rights, for better payment terms, and generally, for better everything. Because here’s a secret: the world needs good writers. But it’s a business and you have to treat it like a job if you want to find success.

Chantal Panozzo is the co-founder of the Zurich Writers Workshop.

And here's yours truly, Chantal Panozzo, together with author Anne Korkeakivi at a previous writers workshop: Her book, Swiss Life: 30 Things I Wish I’d Known, landed her on the cover of the highly esteemed Swiss tabloid Blick am Abend as the American who saved Switzerland’s honor. 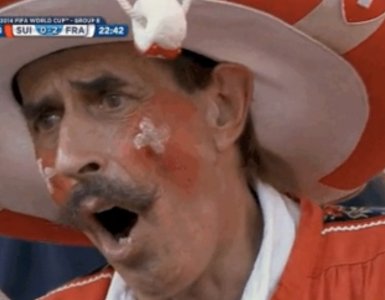 Your friends have announced a visit, and you're thinking: "Need to clean my apartment!" That's a clear sign that you're becoming Swiss... We wiped out on Lake Silvaplana, the alpine windsurfing capital