There are cookie-cutter chain hotels, and then there are castles, mansions and historic guest houses that have been opening their doors for 60 years and more.

In Switzerland alone, 28 properties from Lugano to Saas-Fee carry the renowned emblem of Relais & Châteaux, a global brand of hand-picked boutique hotels. We have have plans to stay at every single one at least once. And so on a late summer weekend, we escaped to Switzerland’s south to follow up on an invitation by Maren Müller, Maître de Maison at the Waldhotel Fletschhorn in Saas-Fee.

The one hour bus ride from Visp to the very back of the Saas Valley is spectacular in itself. The wild Saaser Vispa river appears unimpressed by the streets and bridges built by humankind. And high above the valley floor, we can spot occasional alpine huts that can only be reached by helicopter or by foot. 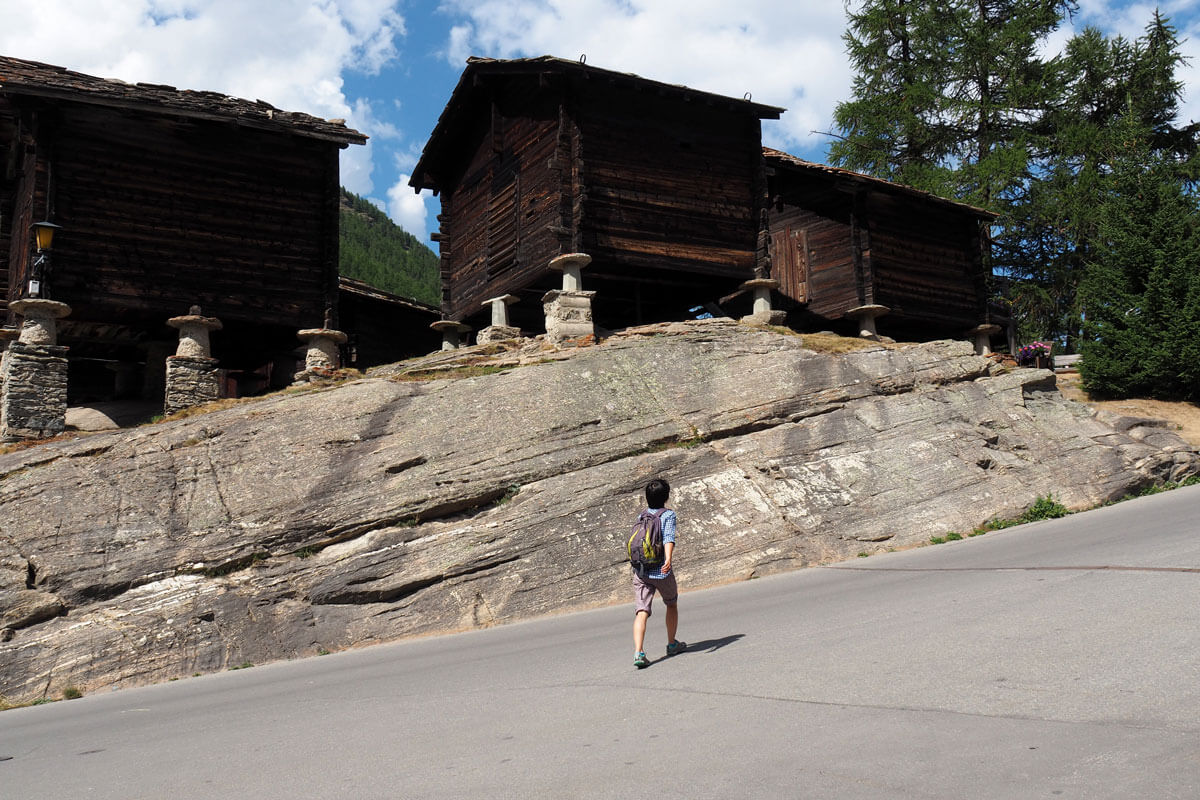 Life slows down once we arrive in Saas-Fee.

Just outside the bus terminal, a spectacular sunset is unfolding as we are being picked up by our hotel's electric shuttle. The commune of Saas-Fee is completely car free, so most hotels and small businesses own an "elektro" transporter. Behind the woods at the edge of town, Mrs. Müller welcomes us personally at the Waldhotel Fletschhorn. (Throughout our stay, we feel puzzled as our host remembers all kinds of small details, such as our preference for sparkling water.) The keys to our room are gently worn, showing the long history of this fine house. In our room, we pour a glass of the hotel’s own iced tea blend and settle in for the night. The Waldhotel Fletschhorn in Saas-Fee is known for its warm hospitality and the exquisite cuisine.

The kitchen of the Waldhotel Fletschhorn has been under the wing of Markus Neff for more than a dozen years. Neff is a veritable culinary champ with 18 Gault Millau points and one Michelin star. That’s great for us, because we are here for a weekend of gourmet pleasures... Without hesitation, Mr. Neff welcomes our group of bloggers into his kitchen. We stand between preparation stations and the walk-in fridge when Chef smokes salmon on a makeshift BBQ grill, sautées porcini mushrooms and boils the Brittany blue lobster that will end up on our plates a little later. Chef Neff is quoted as "placing importance on simplicity and regional connection - mouth-watering cuisine made with local products and a touch of Mediterranean flavor." His use of seasonal vegetables and local Swiss meat feels comforting. The poularde au gros sel is a traditional French dish which requires just the right timing. And the hand-made quail ravioli are simple, yet the manual production requires more than one portion of patience.

As if four courses were not enough, the cheese cart appears at eye level. The selection is amazing, with a myriad of blue cheese varieties, Swiss hard cheeses, sheep and at least two kinds of goat cheese. It is an offer we simply cannot refuse. Apart from several local gourmands and about 15 food bloggers, there are travelers from all over the world. Our sommelier, David Gruss, confirms that the Fletschhorn’s far distance from airports is no barrier for those who love fine dining. Guests love to return for the restaurant’s familiar atmosphere, the warm service and certainly for Mr. Gruss's wine cellar of 50'000 bottles.

We taste three kinds of Amigne de Vetroz, and for the first time I come across those tiny crystal sediments referred to as tartrate. (They are a sign of good quality.) Sommelier Gruss points at a compartment with a dozen bottles of reds: "There is this family who returns every year for one weekend at the Fletschhorn. This is their vintage, and they order one bottle, year after year." 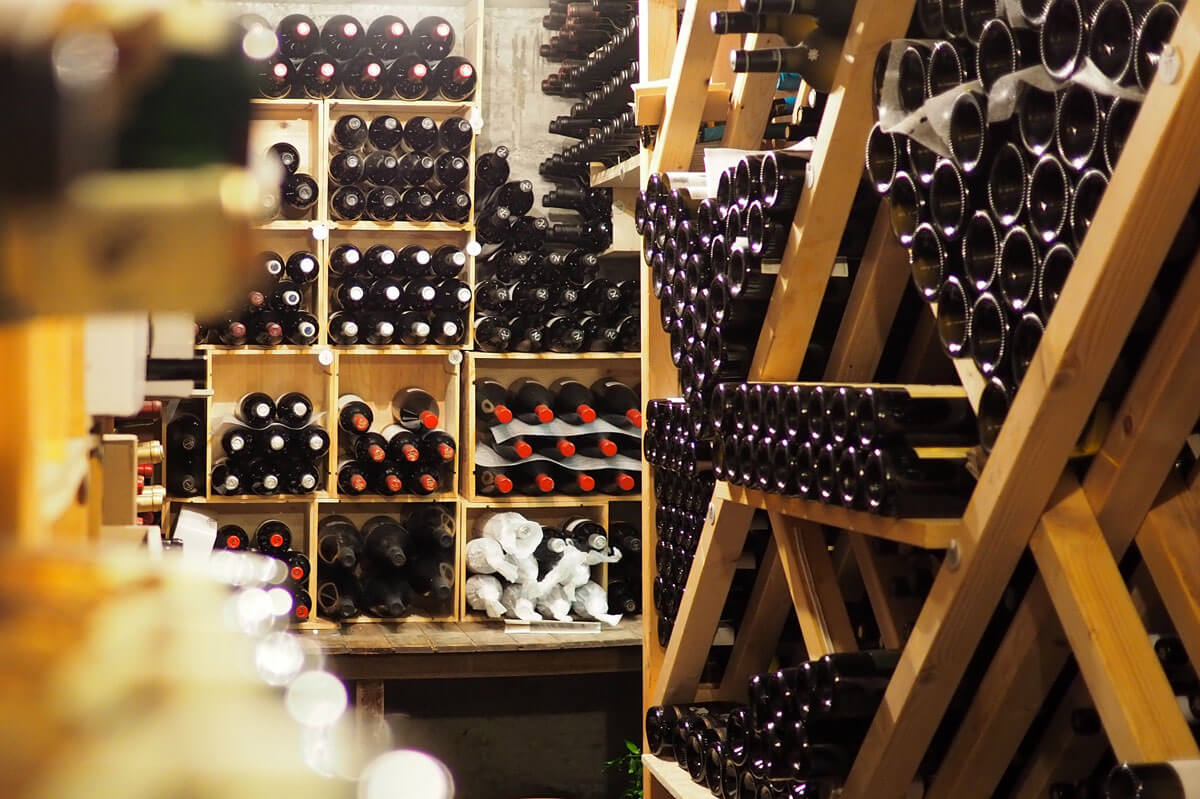 Mushroom and herb hunting in a pine wood forest.

The next morning, we are greeted by the first sunrays as they reach our side of the valley. Saas-Fee is surrounded by a staggering 14 mountain peaks above 4000 meters. The Fletschhorn kitchen offers a range of cooking seminars for gourmands, and we are about to go on a mushroom hunt that is part of the autumn program. 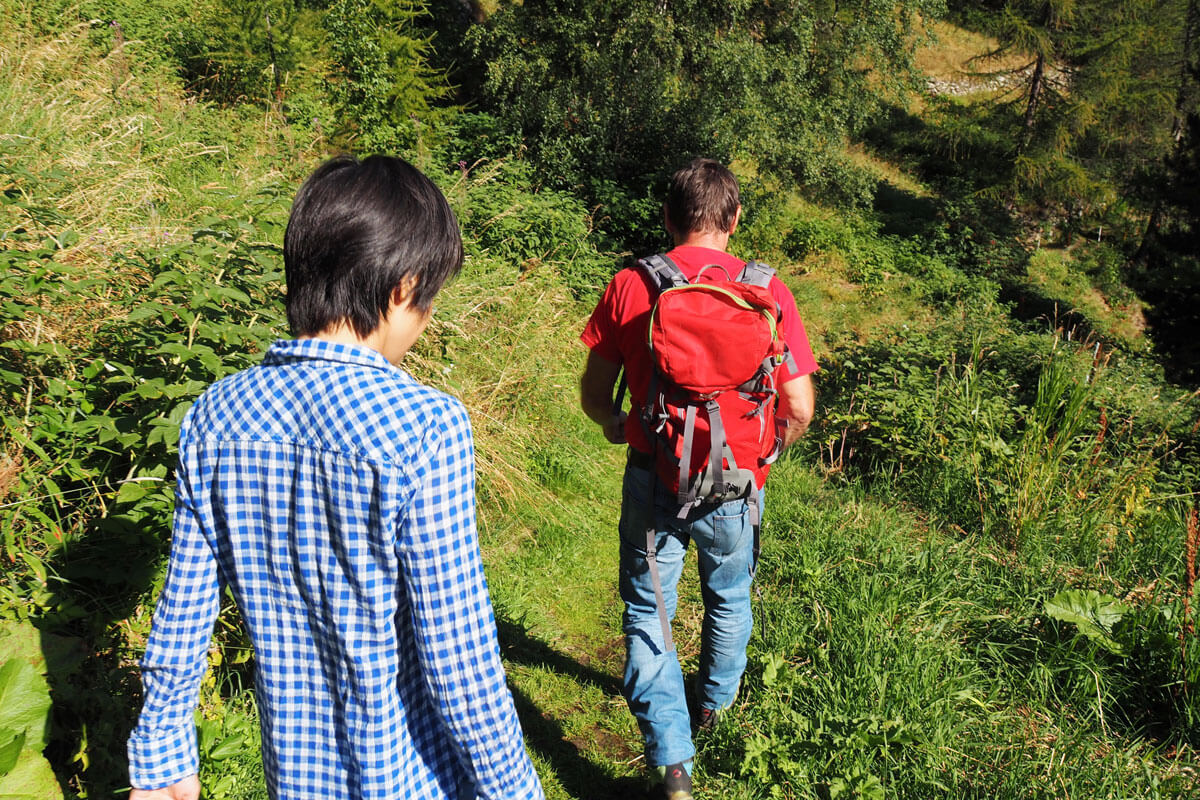 Our guide is the local mushroom expert, Geni Christen. Before we even start the venture, he sets our expectations straight: Due to the abnormal draught during the summer months, we cannot expect to find very many mushrooms. He has spotted some patches of alpine herbs, however, which he regularly delivers to the kitchen. A bit into the hike through a healthy pine wood forest, we come across a meadow. The ground is moist, and we find several edible mushrooms as well as some inedible ones (pictured below is one called Cystoderma amianthinum). We ask our guide about his preference when it comes to fungi, and he swiftly responds: "I don’t actually eat mushrooms because I don’t like their taste." We do like their taste very much, in fact. And by the time we get back to the hotel, Chef Neff and his crew are ready to serve our lunch: A mushroom dish from heaven! A big thanks to the entire team of the Waldhotel Fletschhorn, including the kitchen, front of house and back of house staff. Count us as regulars already, because we will surely return! 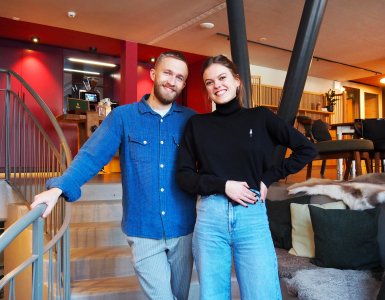 The Carina Zermatt Boutique Hotel is our new refuge

A faithful avalanche, visionary ideas, and good timing. These are the ingredients of the fascinating story behind the Carina Zermatt Boutique Hotel. 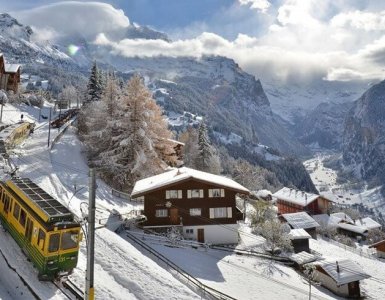 After a dramatic climb up on the small narrow-gauge train, I got off the train at sunny Wengen. The first striking element is that the town is car-free... 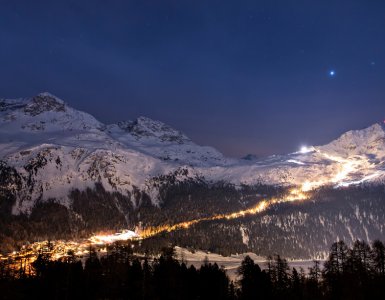 Manage Cookie Consent
To provide the best experience, we use technologies like cookies to store and/or access device information. Consenting to these technologies will allow us to process data such as browsing behavior or unique IDs on this site. Not consenting or withdrawing consent may adversely affect certain features and functions.
Manage options Manage services Manage vendors Read more about these purposes
View Preferences
{title} {title} {title}
165 Shares
Share59
Tweet
Share6
Pin100
WhatsApp