Transformers the size of pine trees were once tested in a lab in downtown Baden. Can you imagine? These high voltage devices were built nearby, then moved to the site at Brown Boveri Plaza for final checks before being shipped all over the world.

In November 1943, scientists were invited to the inauguration of the Trafohalle. It is said that some spectacular tests were performed in front of their very eyes. A short circuit at 400’000 volts produced a very bright light. But the highlight came at 1,2 million volts: A lightning flash between two metal balls went out with a bang – quite literally! None of this high voltage trickery remains at Baden's Trafohalle. On this quiet Saturday morning, the former testing facility was as empty as a bird’s nest in winter.

I am a sucker for industrial spaces, and this building is among the most beautiful I have ever seen: It is vast like a soccer field, has an extremely tall ceiling and colorful stained glass windows that cast their light onto the opposing walls. Needless to say, we had fun toying around with the wide-angle lens mounted on our Canon 70D...

Today, the Trafohalle is a popular cultural venue and a congress center. There is also a movie theater, a restaurant and even a Turkish hammam. But we took this brief walk from the train station in order to check in at Trafo Hotel Baden.

As we approach the hotel entrance from inside Trafohalle, we tweet: "Possibly the world's largest hotel lounge."

The newly renovated Trafo Hotel Baden is a classy business hotel with a design touch. We are positively surprised about the high quality materials used in our room, whether it be the bathroom sink, the linen or the stylish furniture: The décor is paying tribute to the former industrial heritage, and the hotel is playing with terms such as "Volt" for their meeting rooms: Baden’s cozy old town starts just a brief walk from the hotel on the other side of the train tracks. Fashion outlets of popular brands are lined with gems such as a stationary shop or an independent book store. Our grumbling stomachs are grateful that we stumble upon a Spanish tapas bar frequented by locals: Taperia Corner. In this small locale which received a facelift and a hip rebranding in 2014, the bar is the centerpiece.

A friendly staff member recommends the Jamón Ibérico ham off the small menu. A few doors down, our reservation is for a corner table at Restaurant Piazza. The atmosphere is classy yet approachable. Among the patrons are other couples and groups of friends. On their Mediterranean menu, the salmon tartare sticks out - a great choice. While the lasagna is overcooked, the seafood risotto turns out to be a home run.

A tasty selection of sorbets finish off a great day in Baden. Brunch at Restaurant Lemon: 10 AM

The Trafo Hotel offers a standard fare of continental breakfast options. It is Sunday morning, though, and we are in the mood for a lazy brunch instead.

A few steps from the Trafohalle is Restaurant Lemon. Their brunch buffet offers a wider selection, including these very tasty Belgian waffles: For the afternoon, the only question remains: To go back to Museum Langmatt or to soak in the Turkish hammam bath? What do you think we ended up doing? 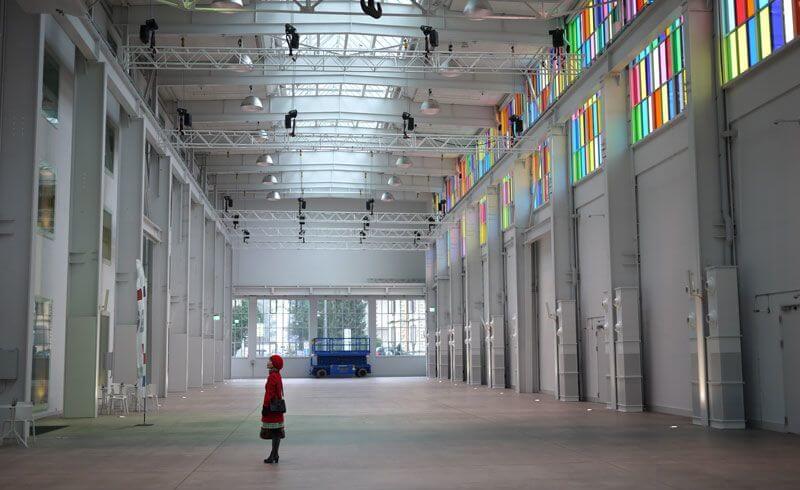 Japan meets Peru at the new Hotel Schweizerhof in Zermatt

Most everyone here in Zermatt has one thing in common: a passion for the mountains. Inside the lobby of the Hotel Schweizerhof, the crowds are...

There is nothing better than enjoying a summer night with rocking beats from some of the biggest stars! Situated on the property of the posh Dolder Grand hotel on top of Zürich, the Live at sunset openair concerts are... 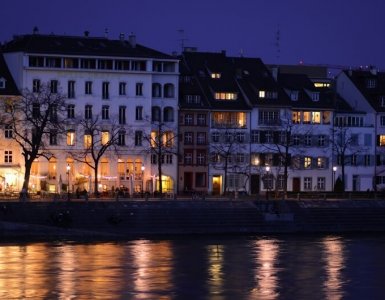 Ingredients for a cultural weekend in Basel

When it comes to culture and museums, Basel tops them all. So, I invited my significant other for a cultural weekend in Basel...

Manage Cookie Consent
To provide the best experience, we use technologies like cookies to store and/or access device information. Consenting to these technologies will allow us to process data such as browsing behavior or unique IDs on this site. Not consenting or withdrawing consent may adversely affect certain features and functions.
Manage options Manage services Manage vendors Read more about these purposes
View Preferences
{title} {title} {title}
54 Shares
Share49
Tweet5
Share
Pin
WhatsApp