Recently, we have spent an afternoon bonding with a curious bunch - of llamas! It all started when we ran into a couple of llamas at Expat Expo in Zürich, and so we decided to see what llama trekking is all about!

We quickly realized that Petra, the owner at Lama Ranch, is a guru when it comes to knowing llamas: She currently takes care of 18 of them, but at one point she had some 40 llamas! Since they are very easy-going companions, she is capable of giving all of them the needed love and care!

The guided llama trek takes about three hours and includes a delicious BBQ at the ranch. If you still need more convincing though, here are 4 more reasons to try llama trekking:

18 funky llamas are waiting for you at Lama Ranch As you approach the Lama Ranch from the Bonstetten train station, you can see 18 pairs of banana shaped, fluffy ears attentively sensing your every step. Their curious black eyes are beaming at you, judging whether you are a good fit to be their trekking partner...

Just so you know, every single llama has a name: Andrin, Attila, El Nino, Eros,...

Experience what it feels like to bond with a llama According to Petra, your llama is actually going to reflect your personality! They are very sensitive and tend to bond with you during the trek.

We can attest to this, because Mamiko's llama partner Attila was as hungry as Mamiko was... He stopped every few steps to try the freshest green grass, apples, pears and dandelions along the way! And since she let him, he started humming from joy!

Also, Petra mentioned that recently, a boy was humming in tune with El Nino for an entire hour on a trek! How sweet... All llama lovers know that llamas hum. But guess what? The llamas at Lama Ranch got their own taste when it comes to music: They love Broadway! Got jazz hoofs?

All the while Mamiko's Attila was eating, we thought that he was actually busy chewing! As it turns out, llamas are ruminants (like cows) who swallow their food only to re-chew it at a later time! The Lama Ranch is only 30 minutes from Zürich

To get there by public transportation is extremely easy: Take the S9 or S15 train from Zürich HB to Bonstetten-Wettswil and switch to Bus 2063/2065. Then, get off at Bonstetten, Dorfplatz, and walk for 10 minutes to the Llama Ranch (map).

Getting there by car is also very easy. At the end of the night, we felt very rewarded as we had "met" most every single one of the 18 llamas. We will never forget these fun hours on the Lama Ranch in Bonstetten! 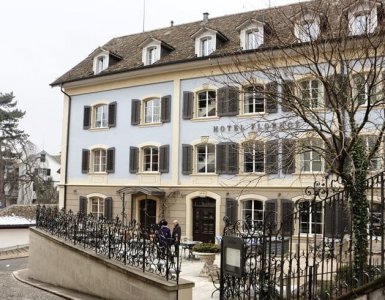 At Hotel Florhof in Zürich, I felt as if I was visiting the home of a friend with impeccable taste. It has been family-run for three generations... 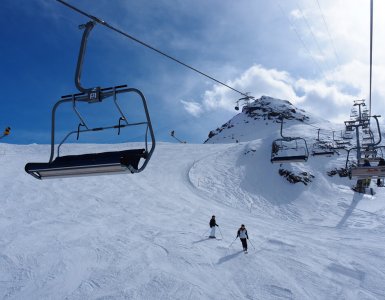 Our ski weekend at the Walliserhof Grand-Hotel Saas-Fee

There is a place in Switzerland where snow is guaranteed: Saas-Fee. Surrounded by high peaks and mighty glaciers, this resort is our go-to place... 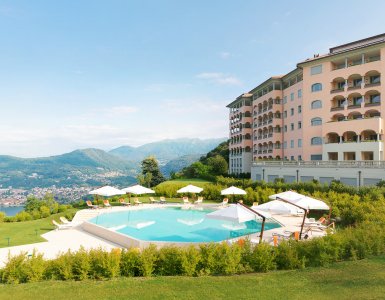 Our classy retreat to the Resort Collina d’Oro in Ticino

There's a sun-soaked place in Switzerland with the name of Collina d'Oro - Golden Hill. The resort with the same name sure is classy...

Manage Cookie Consent
To provide the best experience, we use technologies like cookies to store and/or access device information. Consenting to these technologies will allow us to process data such as browsing behavior or unique IDs on this site. Not consenting or withdrawing consent may adversely affect certain features and functions.
Manage options Manage services Manage vendors Read more about these purposes
View Preferences
{title} {title} {title}
81 Shares
Share76
Tweet3
Share
Pin2
WhatsApp