December of 2014 was supposed to be a very busy month for me. I was off on a weekend trip to Gstaad in the Bernese Oberland, the proverbial haven of charm and repose. And I was but keen on knowing all about the land that gifted an honorary citizenship to actress Julie Andrews, and hosts the likes of Madonna and Roman Polanski - among personalities from across the world.

Man, was I excited. "What is it that makes Gstaad a popular and yet so mystical a place?" I wondered. And soon found out.

There is an unadulterated quality to the people of Gstaad that has barely changed over years despite the influx of tourists all year round. The very unique individualistic personality of minding one's own business is very much evident here.

So evident that a Bieber, Clooney or a Lopez can walk by and no one would care. Well, unless they are caught eating a piece of cheese, which would make one or two of the locals wonder whether it is of the highest quality and was bought from the right cheese shop!

With every waking hour absorbing the sights (and sleeping hours dreaming about more), I share with you what I saw and recommend you to see. 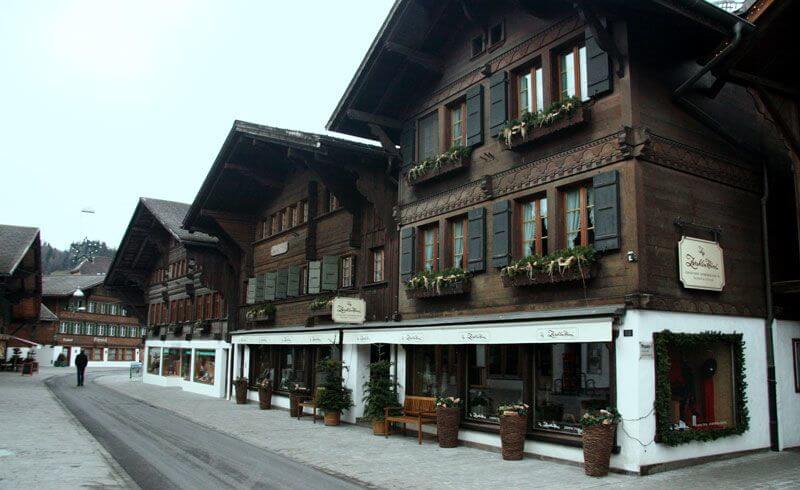 Strolling along the Gstaad Promenade

The car-free streets of Gstaad are interlined with shops, hotels and restaurants that are a few hundred years old. This includes the Hotel Olden with restaurant, Elizabeth Taylor's favorite, and the Posthotel Rössli.

I was able to speak to Nadja Widmer, one of the proud owners of Posthotel Rössli, that is one of the few lucky buildings that did not burn down in the major fire that almost completely destroyed Gstaad in 1898. The ingredients used in their food, she tells me, are all sourced from local farmers. "And the fondue is one of the most authentic, made from Vacherin and Gruyère cheese," she adds.

READ
Inside the Swiss National Library in Bern

In the olden days, the restaurant was used as a post office, hence the name Posthotel Rössli. Truly, stepping into the hotel means a walk into a bygone era. The Sitting Duck and Rosie the Calf

When Julie Andrews was awarded honorary citizenship of the commune of Saanen, she was so happy that she gifted the Sitting Duck made by her husband, director Blake Edwards, to the community. The Sitting Duck has now become an added attraction to thousands who walk the streets of Gstaad. Rosie the Calf was made by Liza Todd Tivey in 1999 and gifted to the village of Gstaad as a tribute to the favorite animal of the Swiss. Drinking from a trough, Rosie stands almost right in front of the Posthotel Rössli.

And if you are lucky, you will get to see some living friends of Rosie also drinking water beside her. And she does not seem to mind at all! Now, she is definitely Swiss. What say? 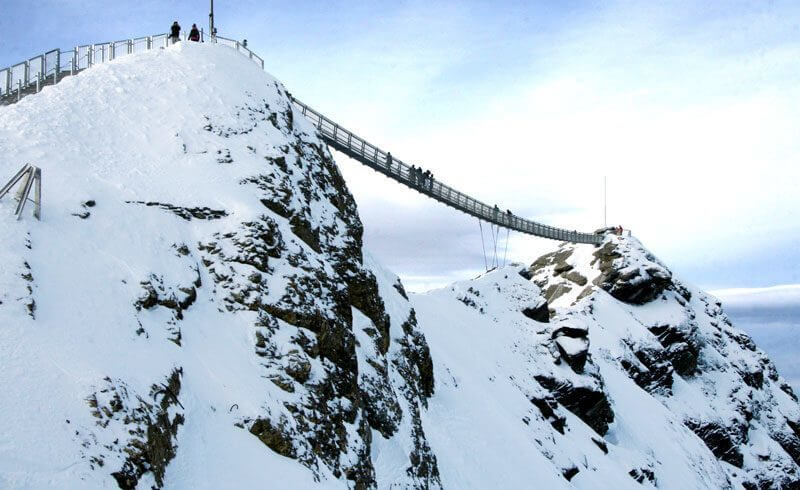 Now, it was time for an adventure: The Glacier 3000 Peak Walk. Once the ropeway reached the top, we stopped by Restaurant Botta, a three-floor eatery that offered the much-needed energy to later walk across the bridge.

The Glacier 3000 Peak Walk is the world's first suspension bridge that connects two mountain peaks. You will see a breathtaking panorama as you walk between the Scex Rouge and the View Point peaks, I promise. You will even get to see the magnificent Matterhorn, Mont Blanc, Eiger and the Jungfrau, among many others.

Admission is free, but if you are not wrapped up well, you will end up paying a hefty price: a frozen nose. I learned my lessons – trust me!

In order to get to the Glacier 3000 ropeway station from Gstaad, you need to hop onto the Postbus and get off at the Col de Pillon station. If you are traveling by car, there is a free parking space right next to the ropeway station.

READ
3 reasons to visit the stadtlounge in St. Gallen The Village of Saanen

On the last day of my trip, I went to the nearby village of Saanen along with my lovely tour guide Karin from Gstaad Tourism. The houses, I am told, were built more than 400 years ago. They have small doors and little small benches out front – and even small beds.

Strolling through Saanen, I felt like being in a fairytale land. But the truth is that the people in the olden days were made of small built. To know more about the culture and lifestyle of the locals there, visit the Museum of Saanen.

After a trip so impressive, I came back hoping to go back to Gstaad and Saanen many more times. As many times as possible, really. And then came a surprise: The authorities called me to tell me they were awarding me an honorary citizenship of Saanenland in the presence of Julie Andrews.

As the citizenship papers were being handed over to me, the alarm clock rang. And it was time to wake up.

Visit Gstaad: Your dreams may come true as long as they are not as exaggerated as mine!

Latest posts by Indira (see all) 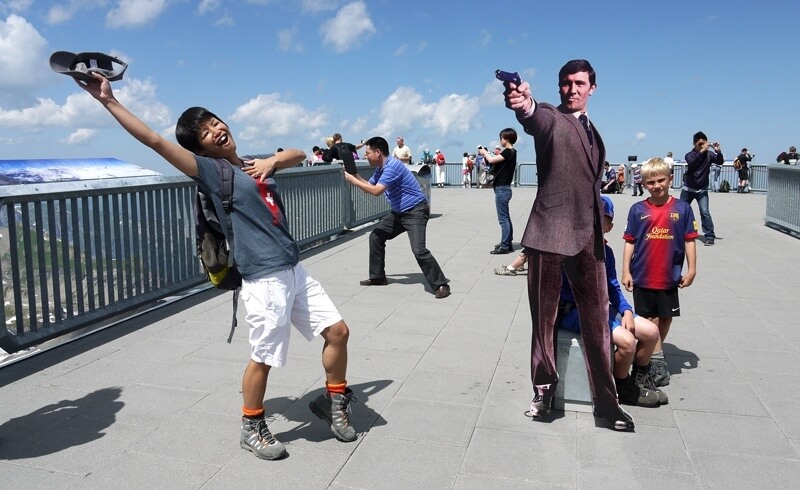 Tourism in SwitzerlandBecome a Super Agent at Bond World 007 on Mt. Schilthorn

Tourism in SwitzerlandInside the Emmental cheese factory (it's where the magic happens!) Tourism in SwitzerlandGet set, go to Gurten above Bern!
1 reply