A Lesson in Family Politics

On Sunday, June 17, 2012, the electorate of the Canton of Geneva will cast its vote on a thorny issue concerning all families with young children: The initiative 143 "Pour une véritable politique d'accueil de la Petite enfance". Family life in Geneva is blighted by a chronic shortage of nursery places, which affects not only expats but Swiss people, too. According to a survey conducted by Swiss magazine "Femina",  66.2% of Swiss Romands believe there are not enough nursery places for their children, and 51% of them have never been able to secure a place.

Swiss parents are currently fighting for more nursery places and - as an expat mum-of-three - I have to admit I would love to high-five all the Swiss voters currently campaigning on the streets of the city.

The cantonal referendum, which will settle the matter of granting nursery places to all residents in the Canton of Geneva, has been called for June 17 but, unfortunately, since expats within the Canton of Geneva are only allowed to vote in communal elections if they have lived here legally for a minimum of 8 years, high-fiving is indeed all I can do at the moment.

During the four years I have spent here as an expat, I have grown to love and admire the fierce, take-no-prisoners approach that the Swiss apply to their national political debates. In a world that's spiraling into PC overdrive, I love the fact that you can always rely on a Swiss to give it to you straight.

After all, the Emperor's not always wearing his best clothes, is he?

Here are some photos of the political posters about this referendum that are currently adorning the streets of Geneva. My personal favorite is the first one, which roughly translates as "Make Love, Leave the Rest to Us". 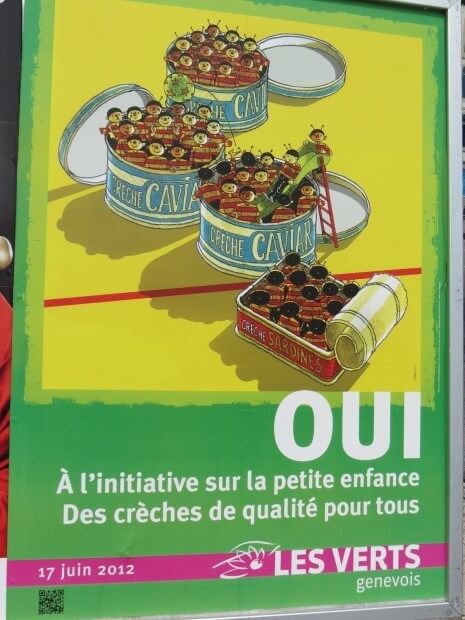 Always on the look-out for the best family-friendly activities and restaurants, Michela is a freelance writer and expat blogger based in Geneva. Her heart belongs to art, design, food and travel and is wrapped around the sticky little fingers of three tiny munchkins.
http://www.genevafamilydiaries.net There’s a real-life Heidi village for all the fans: Heididorf Maienfeld

Confession: I used to secretly judge those who'd visited Heididorf in Maienfeld. But much to my surprise, it is a place to learn about Swiss history. Easter is so special for Swiss kids. Their parents are off from work, the kindergarten teachers have decorated the walls, flowers are blooming, and most of all: Colorful chocolate eggs and bunnies are back in the stores... 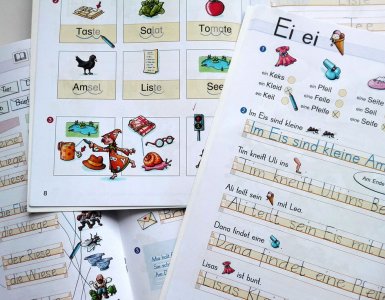 Before we moved to Switzerland, my biggest worries were about our children. How will they handle a foreign language? Read about our experience...

Hear the Gossip at Caribana Festival!