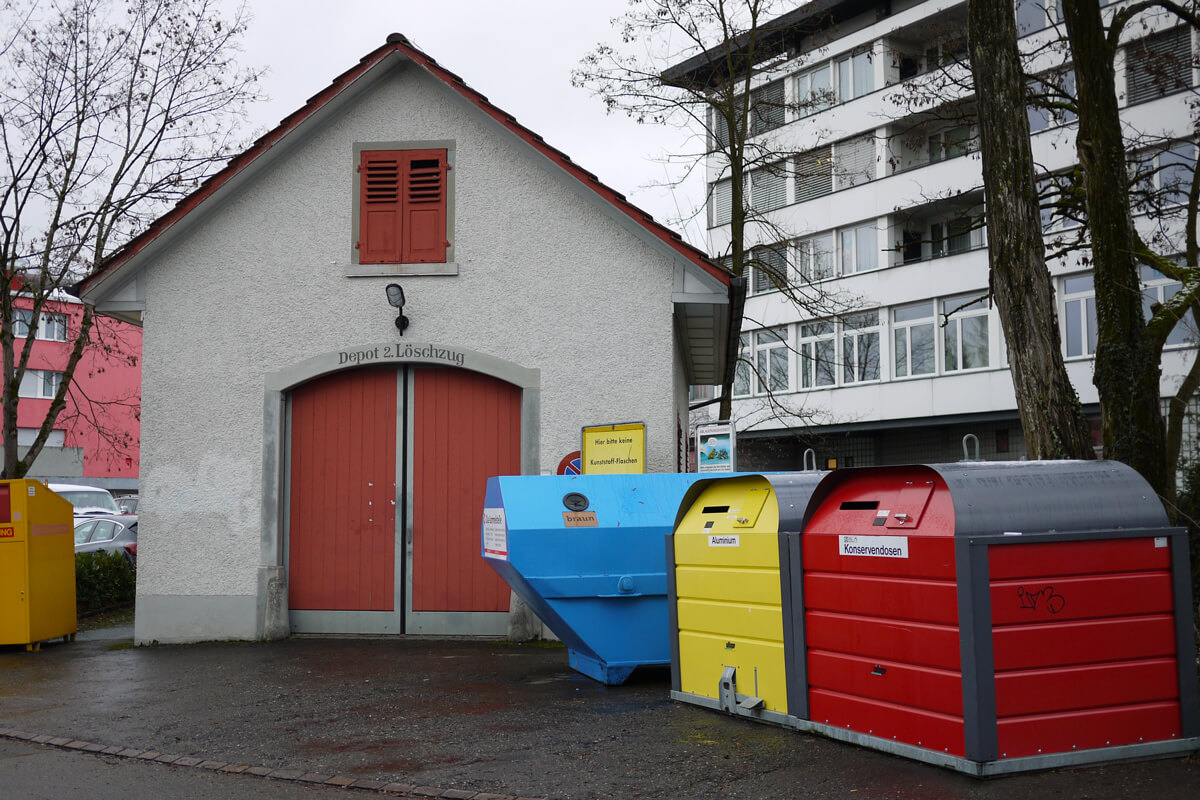 Compared the US where most things are thrown into a huge dumpster, I truly admire the way the Swiss recycle.

Back in Ohio, I did recycle as much I could. In fact, it was easy since I did not need to sort items, such as green wine bottles and newspapers. I was allowed to dump all the recyclable things into the car, drive up to a recycling station, and throw everything into the dumpster, which would then be collected and brought to a sorting center. Sadly, even this simple step wasn’t popular at all in Ohio.

So, I was so happy to find “recycling walls” at most grocery stores in Switzerland. The wall has several holes in different sizes for pet bottles, glass bottles, plastic milk bottles, batteries, and cans to be recycled.

It makes me smile to see a little boy having fun throwing old batteries into the hole which were handed to him by his mother. A grandma greeted me as we both pushed bottles through the recycling wall. 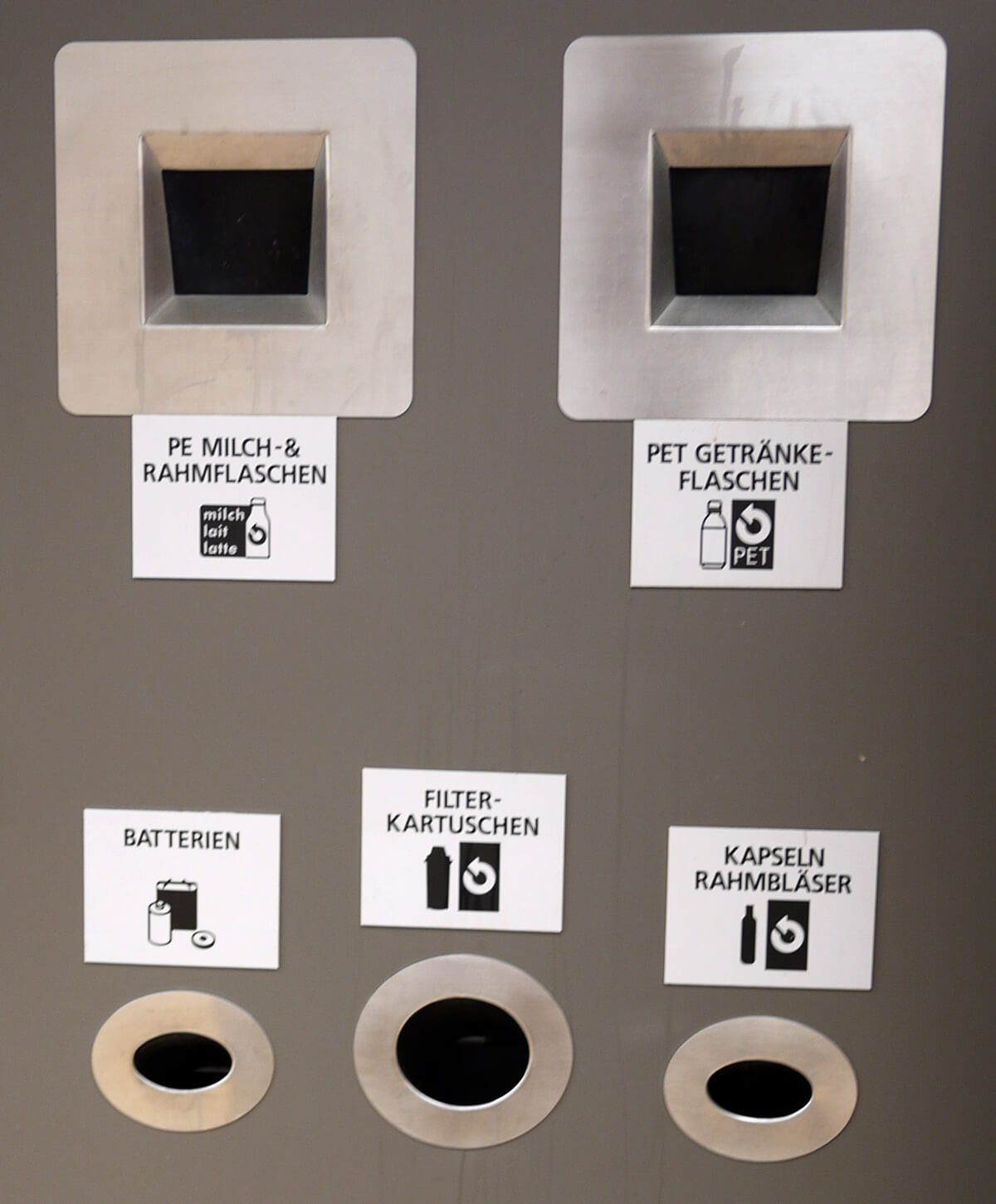 Many towns collect recyclables in above ground bins, as well as underground containers.

In my town, several tubes are sticking out like chimneys on the ground level, where people will sort and drop recyclables into the ground. Normally, those tubes are labeled as "Brown glass", "Green glass", "White glass", and "Cans/Aluminum". 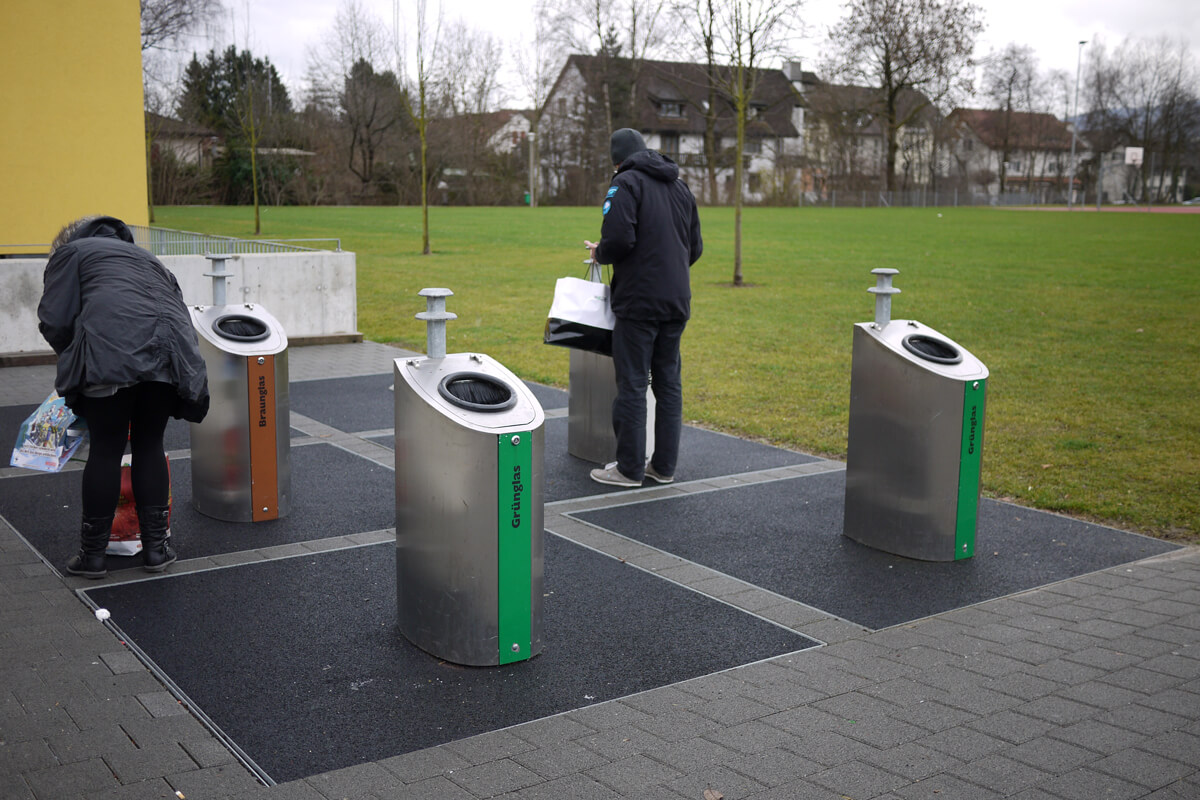 But watch out: The allowed recycling hours are sacred and those who neglect them might be pointed out. 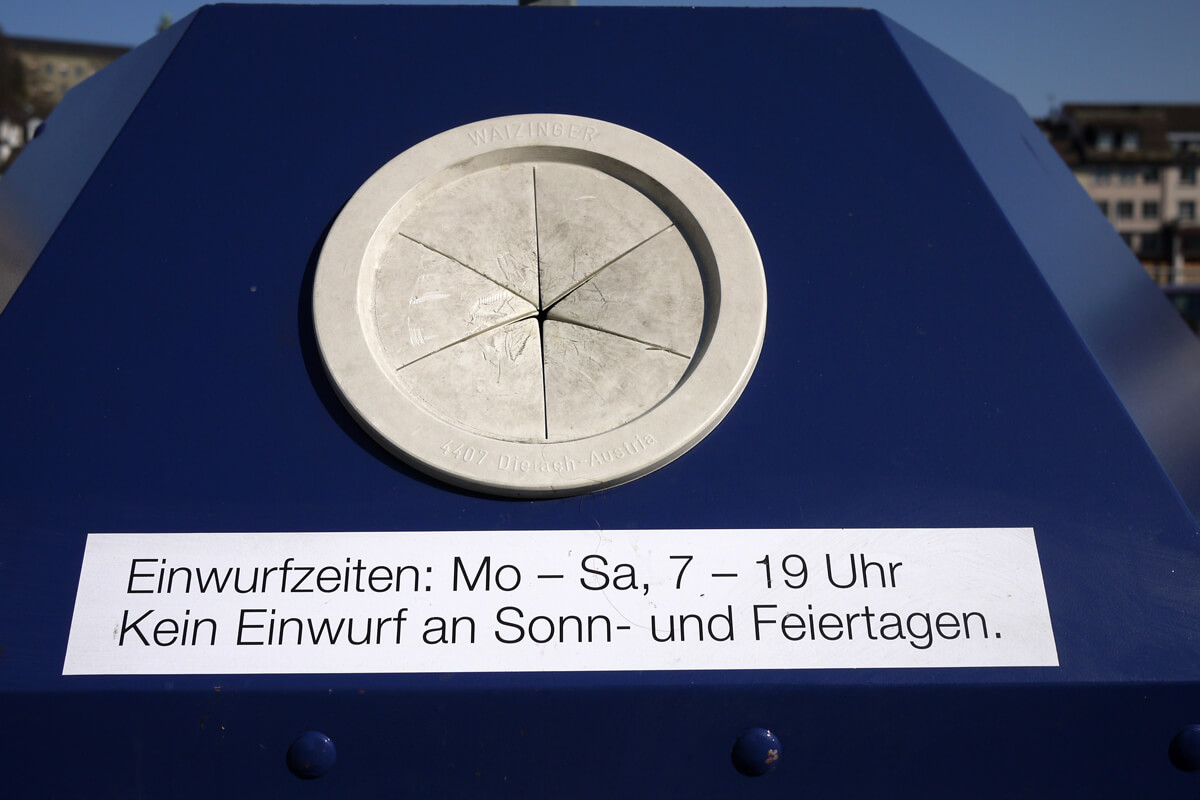 In my household, even the 7 cm/2.8 in aluminum lid of a yogurt cup is licked, washed, and recycled.

"Since I was little, I was told that burning aluminum as trash is very toxic, so it needs to be recycled", said Dimitri, licking the thin lid of his favorite pineapple yogurt. 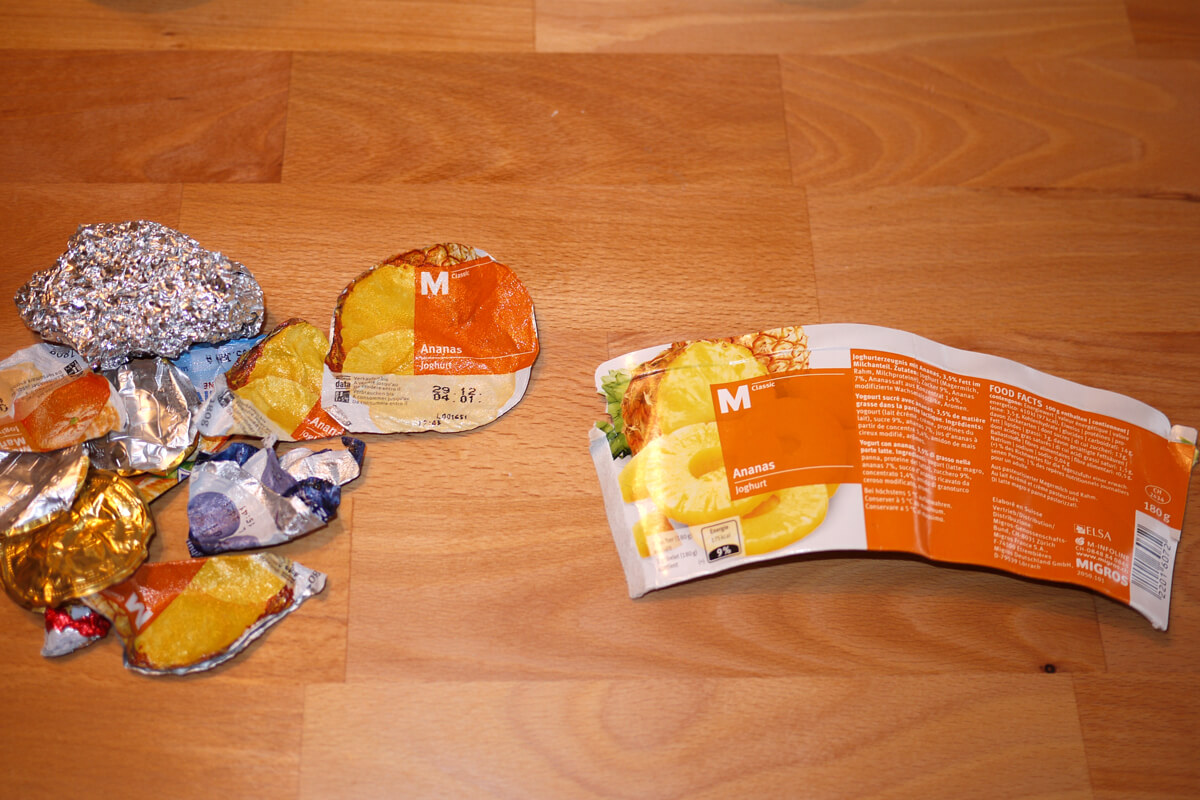 I nodded but wondered how it would be recycled. (Strangely, the lid and outer paper label of a yogurt cup are recycled, but not the plastic cup itself.) 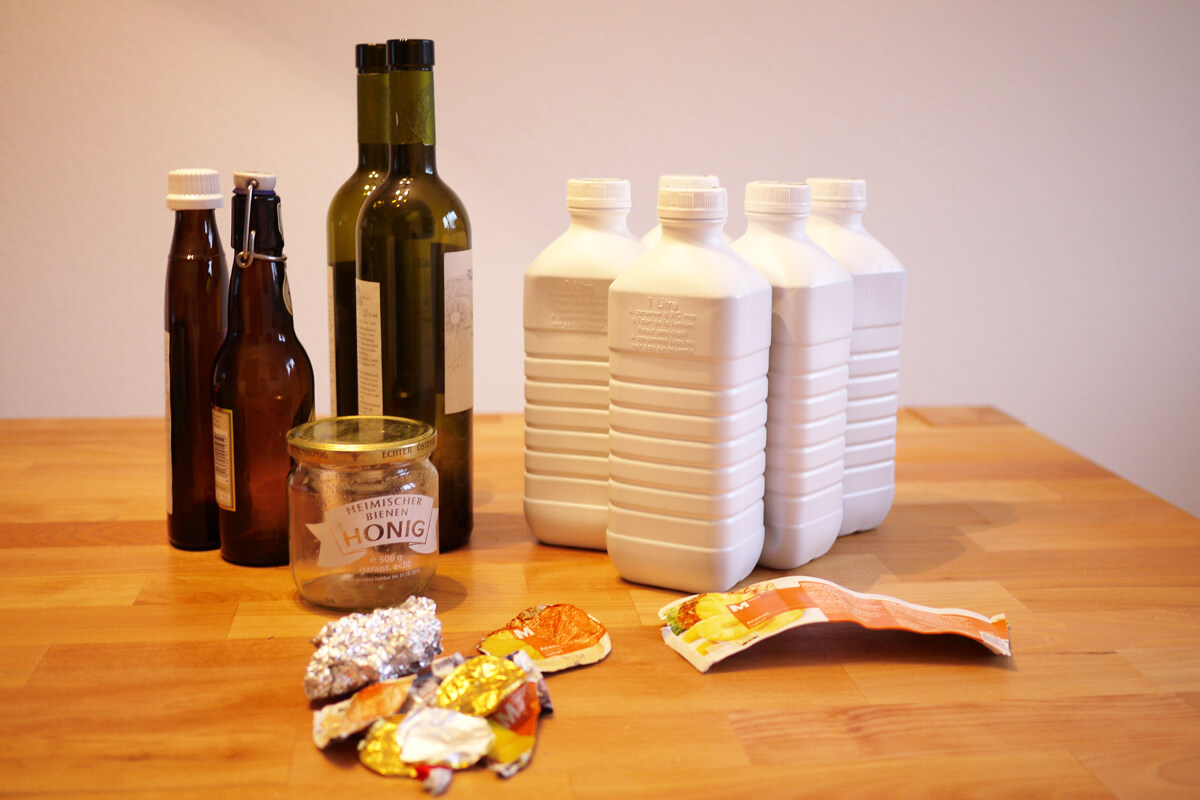 Also, plastic shopping bags are reused but not recycled. Small plastic bags are even free, if you ask the cashier. Some bring their own shopping bags or reuse paper bags which are sold at the check-out for a very minimum price, usually 30 Rappen (Swiss cents).

It is odd for me coming from Japan, the country hit by an oil shock in 1973, because reducing and recycling plastic bags was one of the first recycling movements started among housewives. Also, paper and cardboard is collected by a non-profit organization once a month in my neighborhood.

How are you holding up with the intricate art of Swiss recycling? 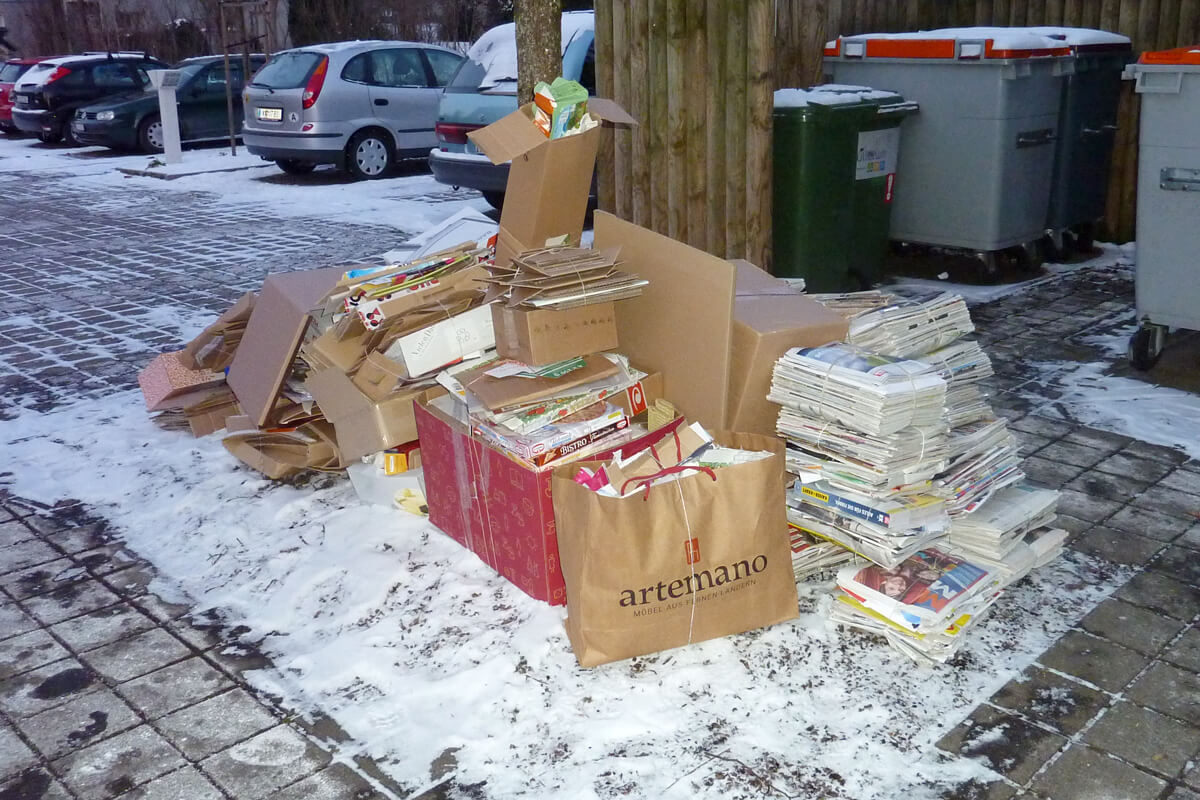 Some tips on how to enjoy Luzern like a Luzerner

The subject of countless photographs, Luzern is in an odd predicament: it is not just a tourist site, but a functional place full of local pleasures.