In its birthplace of Switzerland, the ban of absinthe had little effect. Many started to distill the drink at home in its purest form — la Bleue — for its transparent color. Whether the clear version was an attempt to make it easier to smuggle the distillate remains up for debate.

According to many bootleggers in the area, the authorities knew what was going on. What is clear is that from 1910 until the ban was lifted in 2005, absinthe continued to be produced and consumed in the Val-de-Travers.

When my friend Tom and I visited Switzerland’s pre-eminent absinthe distiller, we wanted to see everything. Claude-Alain Bugnon’s distillery still recalls the bootlegging days.

Even though his absinthe - La Clandestine - is consistently considered one of the best absinthes in the world, Claude-Alain is still a small producer. His small distillery features three stills plenty of bottles and copious amounts of dry herbs that will be used in the absinthe.

Claude-Alain wanted us to see more though. He was convinced that we needed to see the plants that give his traditional Swiss absinthes their taste and chemical controversy.

Riding in the back of his car, he took us to one of his wormwood farmers. The plants in the field were high and light blue in color. It is these wormwood plants that give absinthe its thujone.

This is the chemical hallucinogenic that some Eastern European producers use to promote their absinthes to appeal to naïve and unsuspecting absinthe drinkers looking for an alleged rush as is promised in literature and film.

However, traditional absinthe has such little thujone that the drinker would have to drink so many bottles of it to have any effects that he would suffer alcohol poisoning before enough thujone entered the body for any concerns.

After visiting the plants, we got back into the car and Claude-Alain brought us to a special little fountain in the woods - special because the water feeding it trickles directly out of the mountain.

In a small wooden box, there’s a bottle of absinthe and glasses for anyone who knows the location! It’s free for them to help themselves to a glass of absinthe served in the traditional way - with water.

Again, here the flaming sugar image from films like Johnny Depp’s From Hell shows a new way of drinking absinthe. This has not been practiced in the golden age of absinthe with its famous lovers like Oscar Wilde, Ernest Hemingway, and Vincent Van Gogh.

Traditionally, it was consumed after cold water was added. For those seeking to take a bit of the bitter bite away, a cube of sugar is placed on a special spoon with holes in it, and water is poured over the sugar melting it into the absinthe.

Like adding a few drops of water to a fine single malt whiskey, the water helps the essential oils in the absinthe release their flavor. At the same time, the once clear spirit turns a milky white color, which is called the louche and is favored by many consumers.

This cloudy white mixture is also the origin of another local nickname for absinthe: Jura milk.

Tom and I spent the rest of the day with Claude-Alain learning about absinthe distillation and the Val-de-Travers area. One of the very memorable moments was stopping in a small grocery-type shop on a country road. The shop had meats, vegetables, fruits, bread, dairy products, and pasta. Everything was clearly priced.

The crazy thing was that there was no employee working there. The shop works on the honor system of people leaving the money they owe for the products they take. In the Val-de-Travers, just like absinthe has stayed a part of everyday life, so has honesty and neighborliness.

Where to taste traditional Swiss absinthe

Look out for La Clandestine and Kübler. Or visit an absinthe bar and be transported back in time like Owen Wilson in Midnight in Paris. Check out Die Grüne Fee for local Swiss absinthe bars.

If you’re looking to get in contact with the Green Fairy in person, why not take a journey down the Route de l’Absinthe? Or go to the annual absinthe festival in Boveresse. 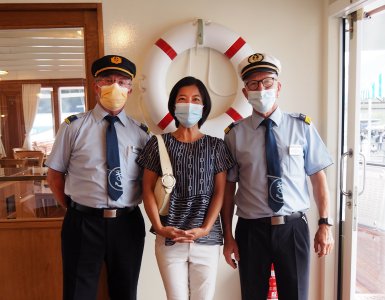 The Wine and Dine Cruise on Lake Lucerne is our latest discovery. 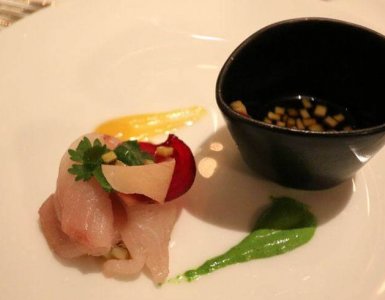 The Lake Geneva region has a worldwide reputation for being a gourmet hotspot, with a combined 1314 Michelin stars and 96 Gault Millau points. La Véranda...