Who is Arno Wolf? A Story of Young Entrepreneurship

This is a story about dreams, family and coincidence.

At the start of October 2014, I helped out with Startup Weekend Creative Business. At around the same time, I received a friendship request from one Arno Wolf. I had never heard of him, but noticed that he was friends with some of my friends.

Never shying away from networking and meeting new people, I accepted the request and thought nothing more of it. A week later I was having lunch with a friend in London and the conversation was about how many shopping opportunities exist in Europe's second largest metropole.

I told him I was looking for slippers and he told me that I would surely find a huge selection, but to wait until I got back to Switzerland. “Slippers from Arno Wolf are the best,” he said. The name sounded familiar, but I couldn't place it. My friend was a little confused and asked in a shocked tone whether I was not familiar with Arno Wolf. I said I was not, so he had me write the name down and told me to look him up when I was back in Zurich. 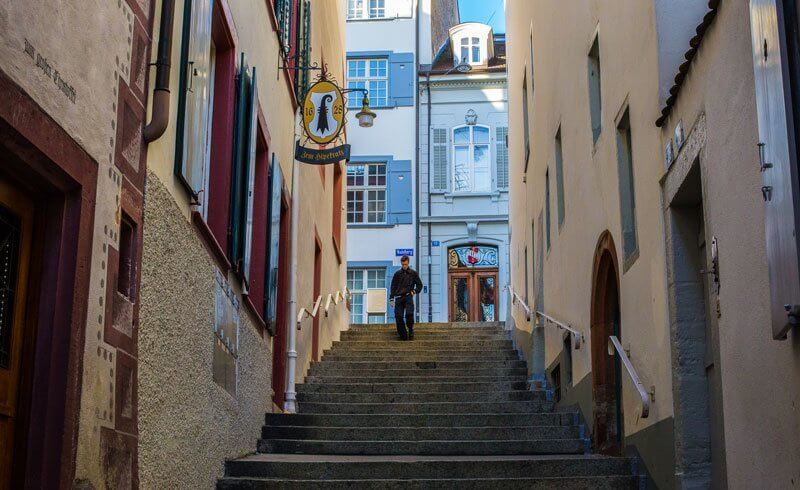 A Trip to Basel

Back in Zurich, I googled Arno Wolf and found that it is a shop in Basel. On their Facebook page, I noticed that I was already friends with him - or rather, one of two men in the profile picture.

After a brief email exchange, I headed out to Basel the following Saturday - a beautiful October day. The Arno Wolf shop is located in the old part of Basel and making your way from the Marktplatz up to the shop, you transverse narrow and historic alleyways.

Upon reaching the top of a stone staircase, you are greeted by a sign inviting you to look back at the Rathaus tower, and to come into the Arno Wolf shop if you would like to take a tower home. 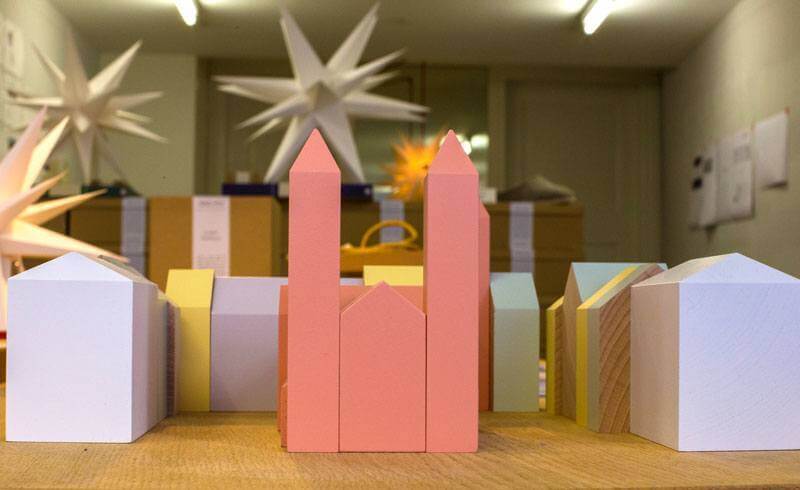 Who is Arno Wolf?

I entered the small shop which used to house another design store, and was immediately greeted by Tobias, one of the brothers behind Arno Wolf. The question you might now be asking yourself is: Who is Arno Wolf?

As the website states, Arno Wolf was a man of great design taste and the brothers Tobias' and Florian's grandfather on their mother's side. The idea for the collaboration came when Tobias, an architect with projects in Zurich and Basel, decided to go out on his own. His younger brother, an architecture design student, also had ideas for beautiful products but lacked a job. Thanks to the internet and social media, as well as easy and cost-efficient shipping, designers are able to create, market and sell their wares quickly and with relatively low cost these days. Tobias put forth that he and his brother get an office/shop together to save on rent and start pursuing their trades.

And so it started.

The brothers who have now made their home in Basel are actually from the Erzgebirge Region of Germany. The area is located in Eastern Germany and before reunification in 1990 in the GDR, and the two partially grew up under communism.

That political ideology hindered the creative thinking of almost two generations, but it could not keep these boys from thinking of better designs. The Arno Wolf shop has a wonderful selection of traditional products from their home area, including children's books. For the manufacturing of the original products designed in Switzerland, Florian and Tobias rely on craftsmen in the Erzgebirge Region.

These artisans earn more than they normally would, and Arno Wolf is able to sell high quality designer products in Switzerland at affordable prices. As Tobias told me, "even a university student should be able to own one piece of design - whether that be a turned, wooden lamp, a playful shelf or a set of elegant brass candle sticks.”

This is a sentiment I could not agree with more. Like with food and wine, developing an appreciation of quality early in life creates a greater understanding as well as a willingness to invest in such things later. Such people also tend to believe in the "less is more" philosophy. The story of two brothers working together and making a home for themselves in Switzerland speaks to the Alpine confederacy’s new place in Europe.

It has developed from a country of peasant farmers, dairy moguls and bankers to a multicultural land of young entrepreneurs seeking to pursue their dreams of solving problems, filling market gaps, and providing special services and products to an interested public.

An easy to navigate bureaucracy, support networks and high disposable income in Switzerland make it an attractive country for such ventures. For the Hilbert brothers, Switzerland’s world class design schools and emphasis on simplicity and tidy Gestaltung were also driving forces for choosing the mountainous island their home. Together, with brotherly support, they are both living the life of independent architects and designers. Those slippers, especially now that it is wintery and cold outside, are the proof in the pudding that great design, quality and fair prices are keys to success - especially in Switzerland.

Events like Startup Weekend, Failcon and meet-up groups like the Zürich Entrepreneurs meet up show that what Switzerland needs is inventive, creative, passionate and daring people to pursue new businesses.

Each new venture enriches Switzerland as it shows that this Alpine country is a great place to start your own venture. Going back on the original question "Who is Arno Wolf?", Arno Wolf is a metaphor for Switzerland's new story of young entrepreneurship. About the Swiss and their obsession with white walls

While working as an interior designer in Switzerland, I have seen my fair share of white walls. I have tried to assess Switzerland’s white wall syndrome... 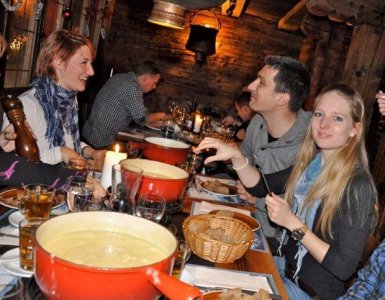 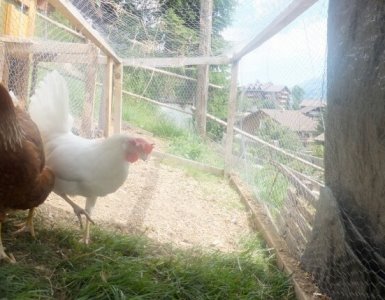 Keeping Chickens in the Alpine Regions of Switzerland

Little is known about poultry keeping in the Alpine regions of Switzerland. The village of Adelboden in the Berner Oberland is...

Manage Cookie Consent
To provide the best experience, we use technologies like cookies to store and/or access device information. Consenting to these technologies will allow us to process data such as browsing behavior or unique IDs on this site. Not consenting or withdrawing consent may adversely affect certain features and functions.
Manage options Manage services Manage vendors Read more about these purposes
View Preferences
{title} {title} {title}
30 Shares
Share26
Tweet2
Share2
Pin
WhatsApp