5 Ways to Relive the Beginnings of Swiss Tourism 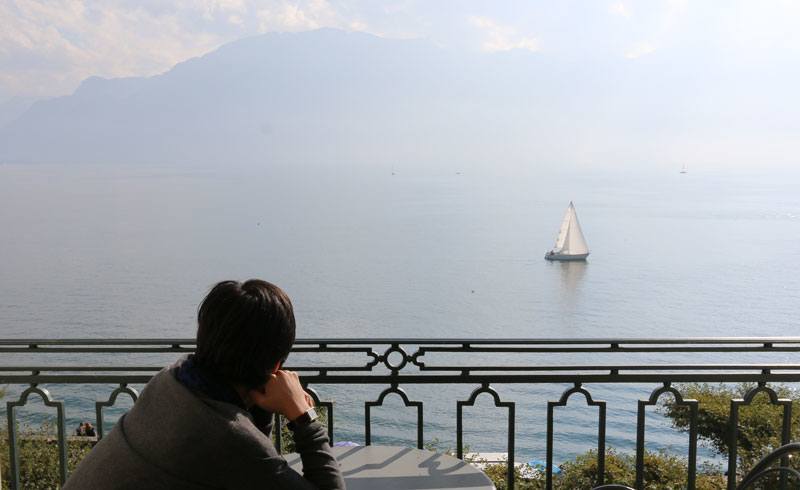 Nowadays, Switzerland and tourism are two terms that go hand in hand.

How could it not be? Switzerland is nature's paradise, with hundreds of kilometers of hiking paths through breathtaking sceneries. But over two centuries ago, Switzerland's nature had yet to be discovered, as mountains were less known and less appreciated.

The beginnings of Swiss tourism at Lake Geneva

Exactly 200 years ago in 1816, three friends from England decided to spend their summer near Lake Geneva. They were Mary Shelley, Percy Bysshe Shelley, and Lord Byron.

Each went on to publish remarkable literary works, many of which were inspired by their trips around the Alps. Be it Mary's Frankenstein, Percy's Mont Blanc or Lord Byron's Prisoner of Chillon. Prior to this significant summer, the party had already visited Switzerland in 1814 when they crossed the regions of Neuchâtel and Lucerne.

Here are five ideas on how to recreate their summer stay of 1816 around Lake Geneva:

Arrive in style from Paris

Although coaches have been replaced by trains since then, you can still recreate the Shelleys' arrival from Paris at Lake Geneva. With TGV Lyria, you can either ride straight to Geneva. By boarding the Lausanne service across the Jura, you could follow an itinerary that is very similar to the Shelleys'.

"To what a different scene are we now arrived ! To the warm sunshine and to the humming of sun-loving insects. From the windows of our hotel we see the lovely lake, blue as the heavens which it reflects, and sparkling with golden beams."

One of the highlights of the Shelleys' summer was a one-week sailing trip around Lake Geneva. Their boat was tiny, and the weather was not so great.

Two hundred years later, you can trace their sailing adventure much more comfortably (and quicker). The CGN has amazing cruises and boat passes to make your experience both unforgettable and fuss free.

Pay your respect to Rousseau

As you may know, part of Lake Geneva's shore is bordering France. In Meillerie, near the transnational village of Saint Gingolph, a monument celebrates Jean-Jacques Rousseau. His novel Julie, or the New Heloise, attracted the first waves of travelers to Lake Geneva in the 18th century.

Geneva was already an important protestant hub, but nature and leisure gave the region its undeniable fame. Our three travelers kept re-reading Julie while living by the lake.

Back in the 18th and 19th centuries, Geneva was a cosmopolitan hub for protestants, English speakers, philosophers, and later for Alpine tourists. It was a place of socialization for Europe's elites.

Today, everyone is welcome to join the fun and enjoy what Geneva has to offer. In fact, check out our articles about Geneva and make the most of your summer by the lake.

Go Airbnb and spend the entire summer there!

It took the Shelleys many weeks to truly enjoy the region. They settled in Cologny, just outside of Geneva. Why don't you do the same?

Airbnb has so much to offer in Switzerland, so come over and get the region a try! You will not be disappointed.

Jordan is currently finalizing his Ph.D. thesis which looks at these first waves of tourism in the Alps. You can read more about his research here. 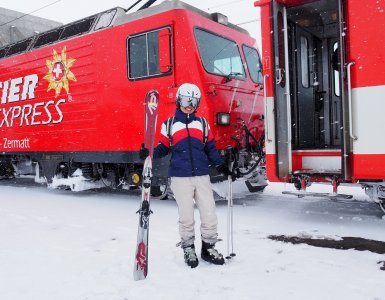 We are surprised how close Uri is from Zurich. The Radisson Blu Hotel in Andermatt will be our base for a weekend of skiing... 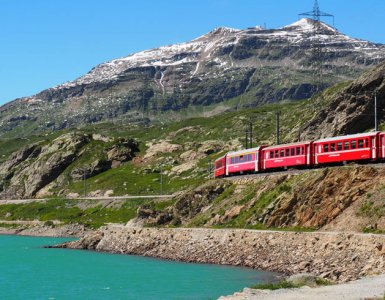 Hop onboard these memorable train lines in Switzerland

Did you know that a train line in Switzerland is solely specialized for chocolate lovers? Here are some more memorable lines that show the panoramic beauty... 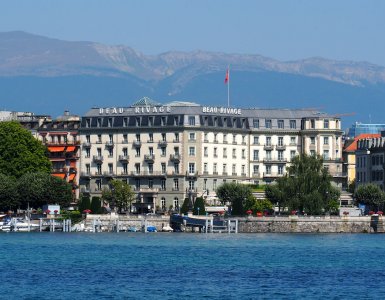 48 Hours of Border Hopping in Thurgau

Manage Cookie Consent
To provide the best experience, we use technologies like cookies to store and/or access device information. Consenting to these technologies will allow us to process data such as browsing behavior or unique IDs on this site. Not consenting or withdrawing consent may adversely affect certain features and functions.
Manage options Manage services Manage vendors Read more about these purposes
View Preferences
{title} {title} {title}
60 Shares
Share60
Tweet
Share
Pin
WhatsApp