Add these Engadine hikes to your Swiss bucket list 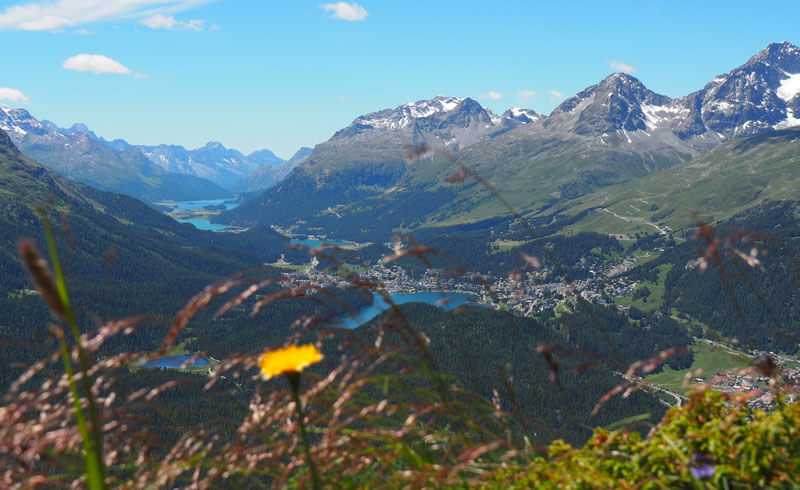 We always thought that our backyard was national park material - until we spent some time in the Upper Engadine valley.

Imagine raging rivers, emerald lakes, rough mountain cliffs and the smell of pinewood in the air. This part of Switzerland brings back memories of Yosemite and Zion, two national parks in the United States which we love very much. Fortunately enough, we are spending a three-day weekend in the charming town of Pontresina. This will be nowhere near enough time to scrape the surface of the 580 kilometers of official hiking trails, though...

On arrival day, to the summit of the Diavolezza glacier

Those who lodge at a Pontresina hotel such as the Hotel Saratz can expect a free, unlimited transportation pass for all buses, trains and cable cars. This carte blanche is valid during the entire stay, so there really is no need to bring a car. 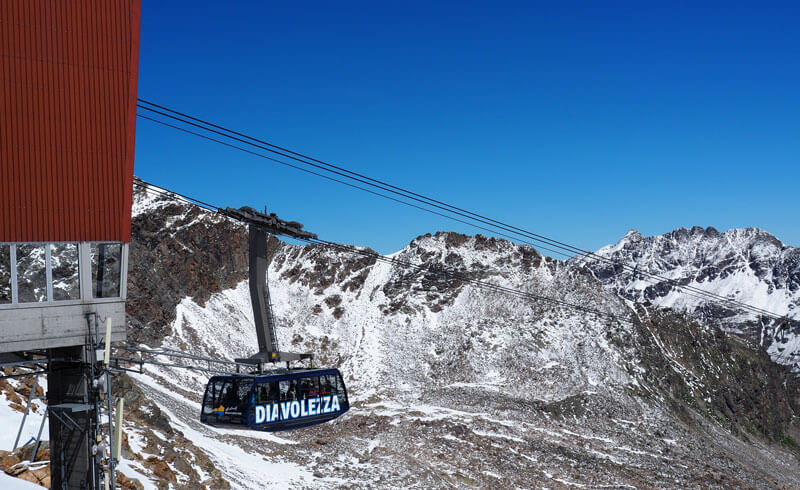 Every two hours, exactly eight minutes after the hour, a train leaves the Pontresina station for Diavolezza. It is a brief yet exciting ride as the train gains altitude and appears to challenge motorized traffic on the nearby street for a race.

At Diavolezza, a cable car leaves for the summit as frequently as every 20 minutes. During our weekend in the Upper Engadine, the true meaning of "the journey is the destination" occurs to us. With all this beauty, who would want to be in a hurry? 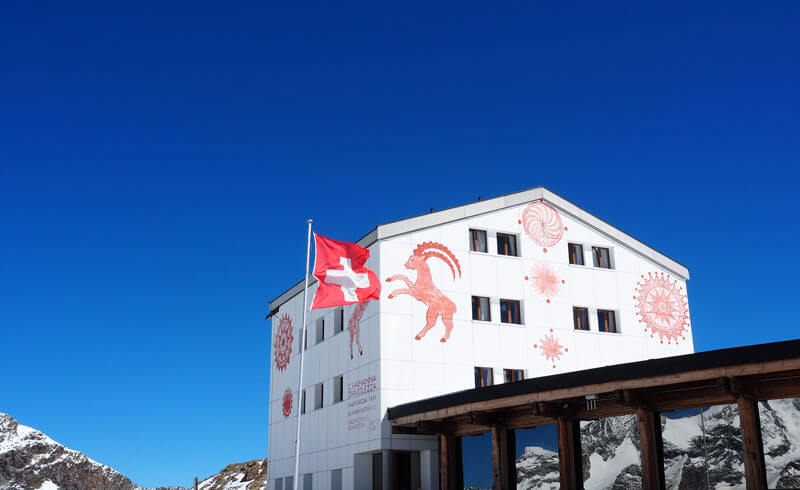 Once at the top of Diavolezza, do as everyone does and step on the panoramic platform to soak it all in. Once you have taken enough pictures, make sure to read up on the legend surrounding this place (it involves a she-devil).

Finally, those with proper equipment and 2.5 hours of spare time can ascend even higher up from the Diavolezza summit station. The views from Munt Pers at 3207 meters above sea are supposed to be out of this world - quite literally. 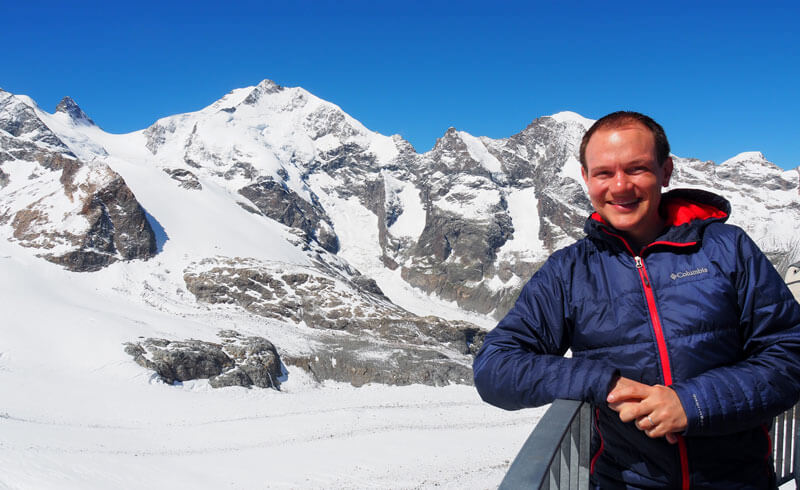 The next day, hike from the Bernina Hospitz along Lago Bianco to Alp Grüm (2.5 hrs)

Again, embark on the same train or hop on a postal bus in Pontresina, but get off at the station "Ospizio Bernina". From this lakeside train station, look for the marked path down by the lake. The hike to Alp Grüm is really smooth and full of breathtaking sceneries. We must have stopped every few steps to look back, up and around, taking dozens of photographs. 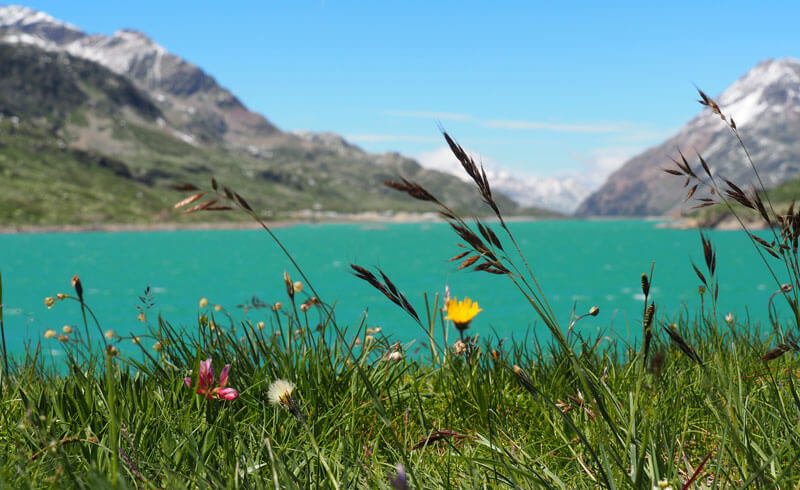 We love train spotting, that's a fact. So, every time the unmissable red Bernina train passed by, we geeked out. What a cute sight! 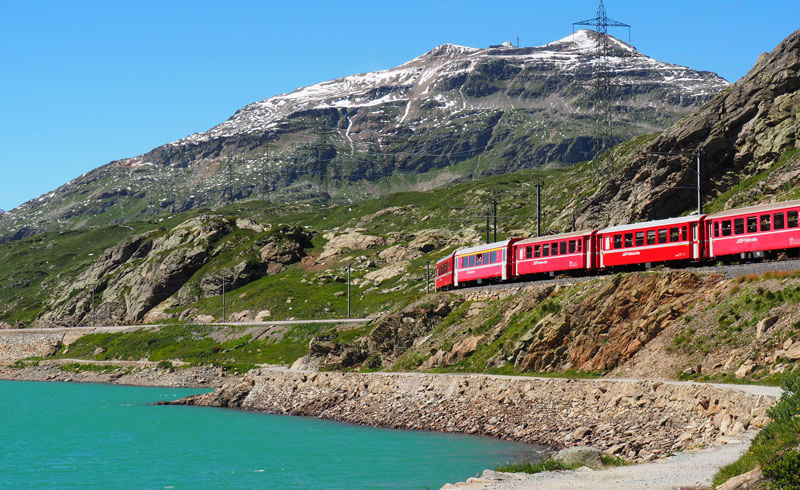 Once we arrived at Alp Grüm, the desire for a chilled Rivella beverage and a slice of traditional walnut cake surmounts us (ask for Bündner Nusstorte). The restaurant's outdoor deck is a perfect spot to rest and write a postcard to those at home. A brief walk from the train station, there is a particular vantage point where you can see the train master a 360 degree turn. We won't tell you exactly where it is, but they serve Bündner Nusstorte as well... 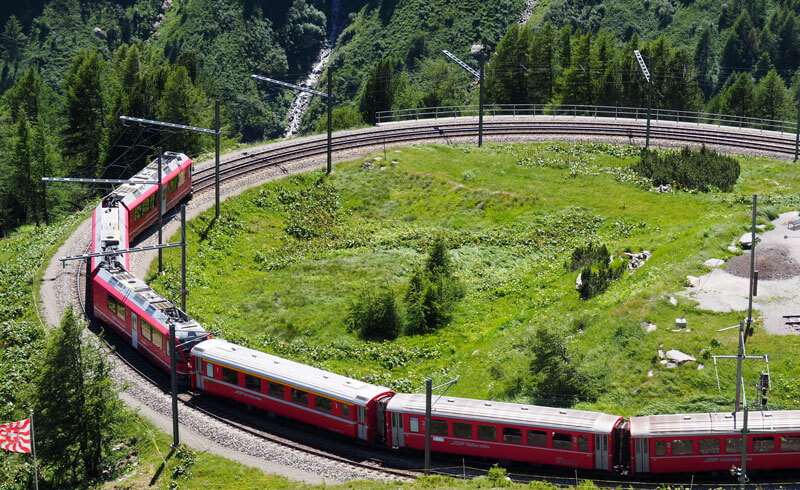 Once you have seen enough of Mother Nature, hop on a train back to Pontresina and wave back at all the hikers along the way. (For the best lake views, find a seat on the left hand side in driving direction.) 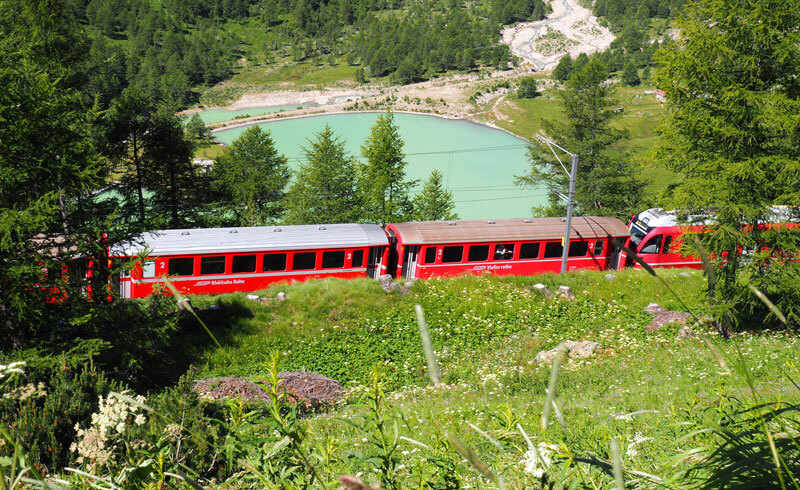 On departure day, do the panoramic hike from Muottas Muragl back to Pontresina (2 hrs) 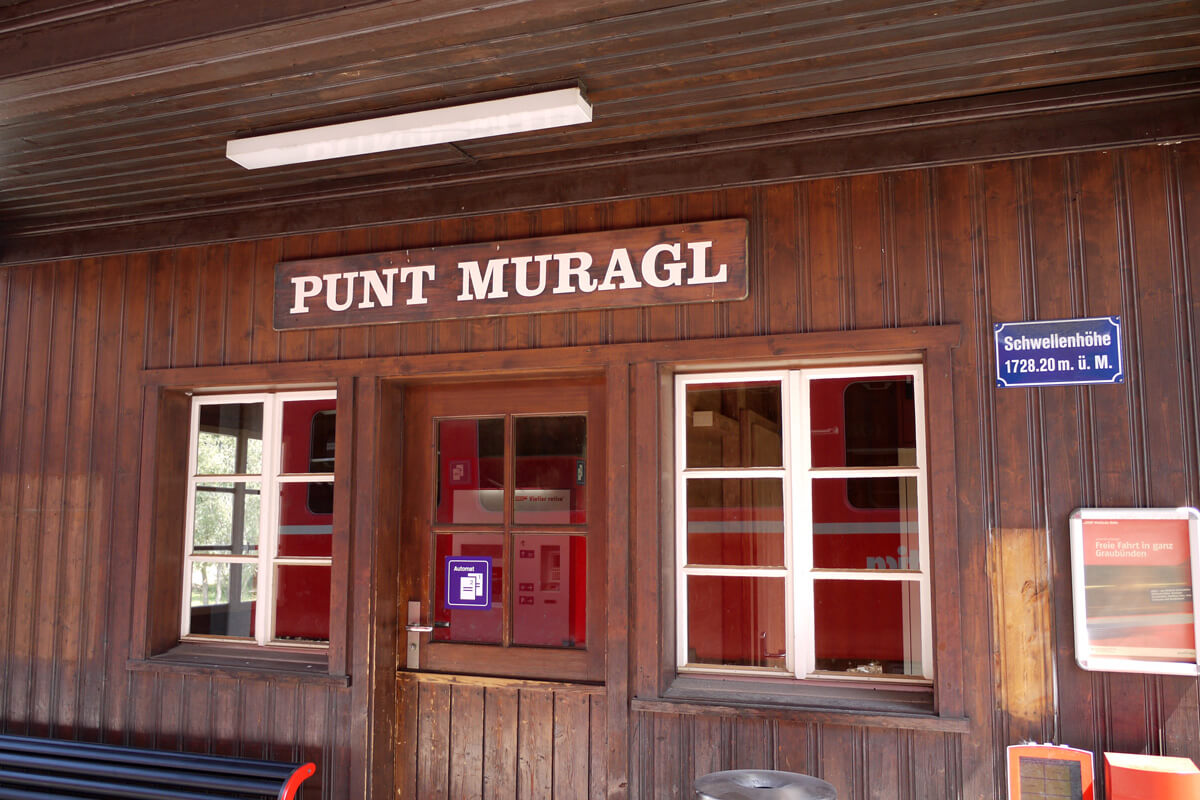 We kept this hike for the last day, because it is touted to be a highlight. From Pontresina, we take the train to Punt Muragl, from where we hop on a charming funicular. The panoramic hike begins at Muottas Muragl at the top. But before we venture on, we grab a soup and salad for lunch, enjoying the spectacular views from this lookout point. A bit into the hike, past some old farms, the trail splits: Those with more time on their hands can trace the footsteps of the famous Austrian painter, Giovanni Segantini. The Segantini Trail picks up quite some altitude, so the views must be fantastic from high up. We add this option to our bucket list and move on along the panoramic trail to the left. Up until the final descent from Unterer Schafberg to Pontresina, this is an easy hike. (There is a chairlift, but the station is located at a higher altitude than Unterer Schafberg, so we did not see the point of first ascending before descending again...) The perspective along the trail changes constantly, which makes the time fly and is sure to keep the interest of children, too. One moment, the blue lakes of the Engadine Valley are perfectly aligned. An instant later, the Morteratsch glacier is peeking through... 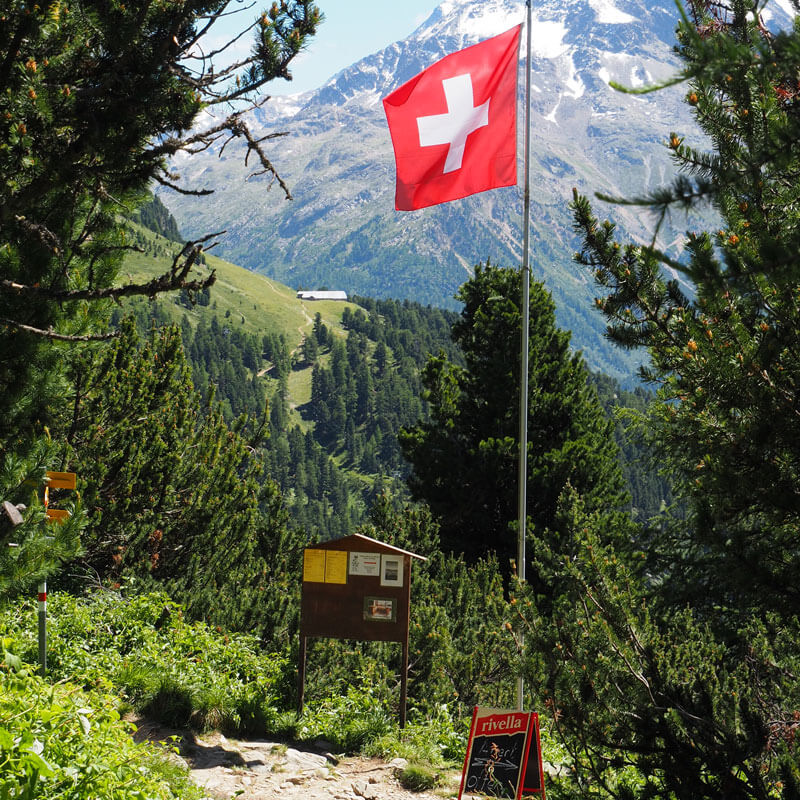 We still have more hiking to do in this region. Next up, we will return for the romantic Rosegtal and the Morteratsch glacier trail... Here’s some tips to get the most out of Geneva, Switzerland

Geneva has a lot to offer, so planning your first visit might be overwhelming. With all the diplomacy and finance packed in roughly the landmass of... 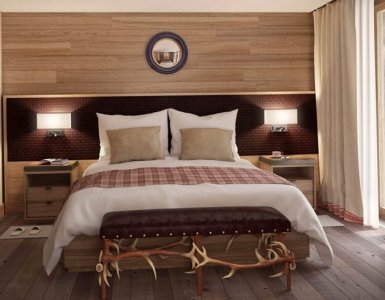 The Capra Saas-Fee is a Pearl of a Hotel

The sky in the mountains of Valais is a dark indigo punctuated by bright white stars. We are on the train from Zürich, and we will be spending the weekend at the new Capra Saas-Fee Hotel. At the station, we are picked... 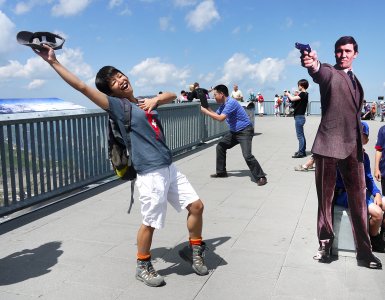 Why we fell in love with Monte Generoso in Ticino

Manage Cookie Consent
To provide the best experience, we use technologies like cookies to store and/or access device information. Consenting to these technologies will allow us to process data such as browsing behavior or unique IDs on this site. Not consenting or withdrawing consent may adversely affect certain features and functions.
Manage options Manage services Manage vendors Read more about these purposes
View Preferences
{title} {title} {title}
515 Shares
Share405
Tweet5
Share5
Pin100
WhatsApp