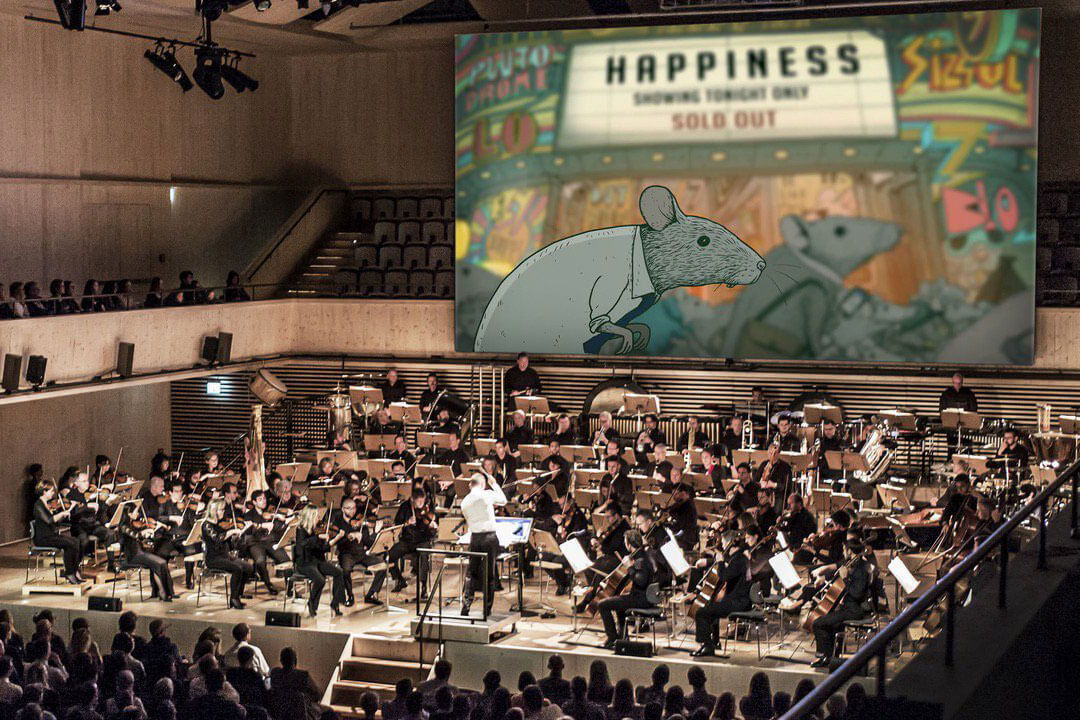 A gripping soundtrack can add to the suspense of a thriller. An epic score underlying an establishing shot can create goosebumps. And a romantic tune during a kissing scene will make the audience cry.

Without a doubt, some film music is just as famous as the movie it is a part of. Think “Mission: Impossible” or “Kill Bill”. The Zurich Film Festival is paying tribute to movie soundtracks as part of the 7th International Film Music Competition.

The evening’s program includes live performance of the five winning submissions into the competition. Their task was to create an original score for a four minute short called HAPPINESS:

Composers from as near as Belgium and France or as far as Canada have been nominated by a panel of judges. The winner will be chosen by a jury and awarded the Golden Eye for “Best International Film Music”, valued at 10’000 francs.

As an added bonus, two soundtracks by former Red Hot Chili Peppers drummer Cliff Martinez will be performed. As a film composer, Martinez is also presiding the evening’s jury. In short, expect a concert outing full of suspense and energy performed by the Tonhalle Orchestra Zurich!

Manage Cookie Consent
To provide the best experience, we use technologies like cookies to store and/or access device information. Consenting to these technologies will allow us to process data such as browsing behavior or unique IDs on this site. Not consenting or withdrawing consent may adversely affect certain features and functions.
Manage options Manage services Manage vendors Read more about these purposes
View Preferences
{title} {title} {title}
9 Shares
Share6
Tweet3
Share
Pin
WhatsApp