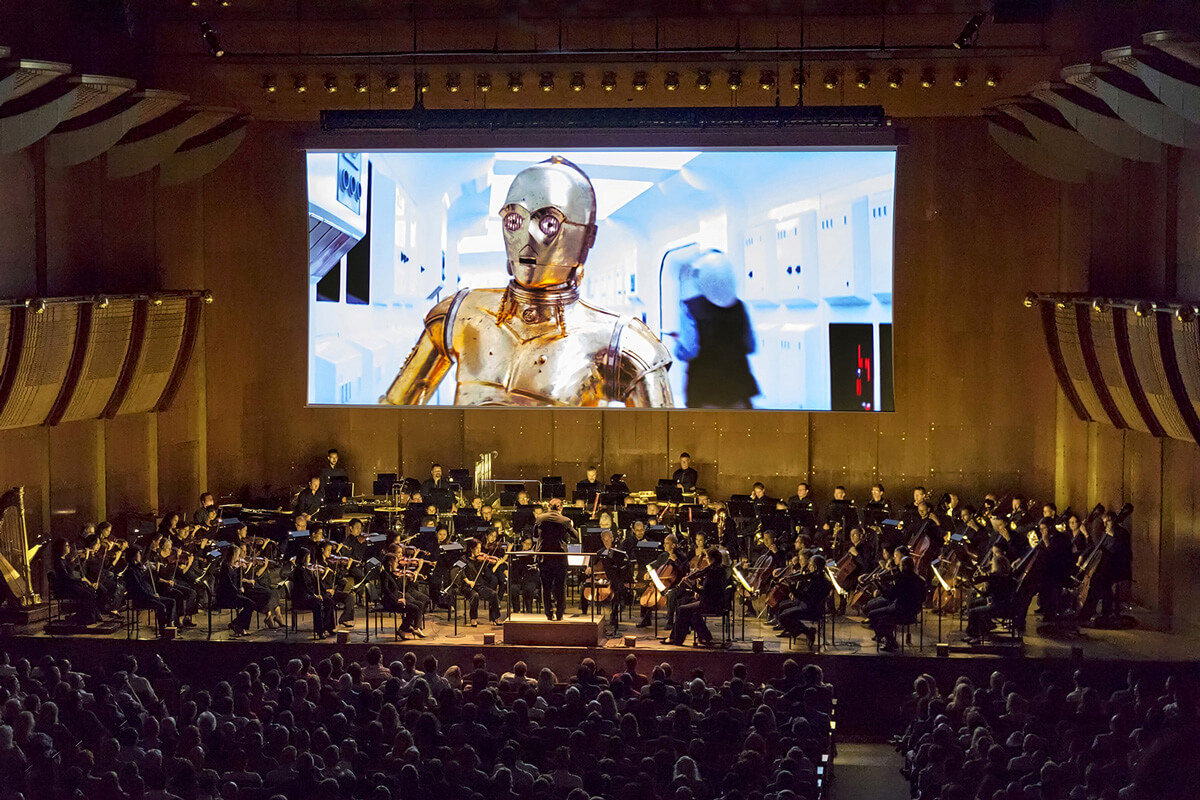 A long time ago in a galaxy far, far away… This is the epic beginning of a saga that has captivated so many of us: Star Wars.

How old were you when you first met R2D2 and C-3PO in Star Wars – A New Hope? Do you recall how many times you’ve watched the Imperial Walkers battle scene in The Empire Strikes Back? And how sad you’ve felt about Yoda’s last words in Star Wars – The Return of the Jedi?

Star Wars is more than just a movie franchise: it is a veritable lifestyle! And now, for one night only, fans will be able to enjoy the original classic with a live orchestra. John Williams’ score will come to life in Zürich’s Hallenstadion on January 27, 2019, as part of STAR WARS IN CONCERT.

The aptly named 21st Century Orchestra of Lucerne is most skilled when it comes to live performances of film music. Under the direction of its renowned founder, Ludwig Wicki, the orchestra will perform the score while the original Star Wars episode will play on a gigantic screen.

What better way to enjoy this cult classic than with a live orchestra? It’s a concert which we definitely don’t have a bad feeling about…

Use the Force and get your tickets at Ticketcorner

– Length of performance: about 2 hrs 40 min (incl. break)
– Language: English with German subtitles
– Doors open at 4:30 PM and the performance starts at 6:00 PM Manage Cookie Consent
To provide the best experience, we use technologies like cookies to store and/or access device information. Consenting to these technologies will allow us to process data such as browsing behavior or unique IDs on this site. Not consenting or withdrawing consent may adversely affect certain features and functions.
Manage options Manage services Manage vendors Read more about these purposes
View Preferences
{title} {title} {title}
52 Shares
Share43
Tweet9
Share
Pin
WhatsApp