When you step aboard the Roter Pfeil Churchill train, you might get the feeling that you are entering a James Bond film.

The oldest SBB train still in service in Switzerland was built in 1939 for the Swiss National Exhibition. While England's most famous spy may have never taken a ride on the fire engine red train, its legendary politician Sir Winston Churchill used the train during his 1946 tour of Switzerland. Today, the one-of-a-kind Red Arrow train is bookable for company events, weddings, and other occasions.

Getting back to Bond: what's 007's favorite drink? The martini, shaken, not stirred, of course.

While the shaken-not-stirred preparation has become a classic amongst Martini lovers, it is the wrong way of preparing a Martini since shaking it can "bruise" the spirits and increase the chance of ice breaking into the drink. The "shaken, not stirred" expression comes from Sir Ian Flemming trying to show that Bond was uncouth by requesting it.

The juniper-nuanced distillate has been trending for several years, and the Swiss have had gin-fever for nearly a decade. While new brands pop up like mushrooms, few have managed to establish themselves as well as Zurich's own Turicum Gin. It's the only distillery within city limits and continually wins awards for the quality of its gin.

Having long had their Gin Lab in the city, the dynamic team at Turicum has just launched the Gin Lab train with Swiss Railways. What could be a better train than the historic Roter Pfeil Churchill train to hold a gin workshop?

On February 12, 2022, you are invited to jump onboard and blend your own gin.

During a two-hour roundtrip train journey from Zurich to the Rhine and to Baden, you will discover the many flavors and scents that get blended into today's gins to make them stand out from the rest.

Do you like your gins more fruity with nuances of strawberry and passion fruit? Or are you into the spicier kinds with notes of oak and ginger? With over 20 different distillates, you can create a gin that is as singular as you are.

Book your tickets now and learn more about the beautiful Roter Pfeil train and what separates a London Dry Gin from a typical gin - and everything in between.

At the end of the voyage, you will take home a bottle of the gin you have just blended, Gents Tonic, and the bar accouterments needed to mix the perfect gin and tonic at home.

Embrace your inner James Bond (or Winston Churchill) and jump on the Turicum Gin Workshop train! In the words of Winston Churchill: "Gin and tonic has saved more Englishmen's lives, and minds, than all the doctors in the Empire."

The Turicum Gin Workshop at a glance: 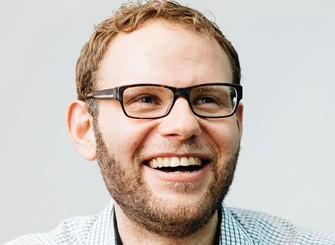 Manage Cookie Consent
To provide the best experience, we use technologies like cookies to store and/or access device information. Consenting to these technologies will allow us to process data such as browsing behavior or unique IDs on this site. Not consenting or withdrawing consent may adversely affect certain features and functions.
Manage options Manage services Manage vendors Read more about these purposes
View Preferences
{title} {title} {title}
287 Shares
Share280
Tweet7
Share
Pin
WhatsApp