13 facts about Switzerland for curious kids

“Create an amazing atlas of Switzerland for children.” That’s what my publisher said to me at the beginning of last year. So that’s what I’ve done!

I love maps (as anyone who’s read my book Around Switzerland in 80 Maps will testify), but I’d never assembled them from scratch before. First, I needed to decide what should be in this new atlas.

It had to be packed with fun and facts about Switzerland, but not ones only relating to geography. I wanted kids to read about weather and wildlife, food and foreigners. And, of course, about cheese and chocolate.

Most children have countless questions about the world around them, especially once they get to the age this book is aimed at (8 and up). So, I also included more challenging topics that they can talk about with their parents, teachers, and even friends. Things like women’s rights in Switzerland, or what a referendum is, or how Swiss neutrality works.

But my words are only half the book. For the other half, I teamed up with great designers who had created the wonderful maps and infographics that bring all my research and writing to life. Cartographica Helvetica is a winning combination that makes an amazing book, just as my publisher wanted.

From Cartographica Helvetica, 13 facts about Switzerland for curious kids:

Although Switzerland is one country, it is made up of 26 cantons. Each mini-state has its own flag, parliament, taxes, and school system.

If you were to cut out a map of Switzerland and balance it on a pin, the geographic center of the country would be at Alggialp in Obwalden.

And Switzerland’s wiggly shape means that nowhere is very far from the national border. The place furthest away is Uetendorf in Canton Bern, 69 km from any foreign land.

There are 65 trees for every person living in Switzerland. That’s a lot of trees - about 535 million, although no one has ever counted them all. Perhaps it’s no surprise that a third of the land area in Switzerland is forest.

By far the most plentiful tree types are conifers, or evergreens, that have needles rather than leaves.

The power of water in Switzerland 💦

Thanks to the natural geography of mountains and rivers, Switzerland’s biggest producer of energy is water. Over 650 hydropower stations provide 57% of the nation’s electricity, with over half of it produced in Graubünden and Valais.

Where rivers are born 🏞️

The combined length of all flowing water in Switzerland is 61,000 km, or 1.5 times around the equator. Two of Europe’s big rivers - the Rhine and the Rhône - start their epic journeys to the sea in central Switzerland.

But the longest river completely within the country is the Aare at 295 km.

Old MacDonald had a farm 🐔

If the whole of Switzerland was one farm, it would have a vast number of animals that would hugely outnumber the 8.6 million humans. Swiss farms are home to 11.8 million chickens, 1.5 million cows, 1.4 million pigs, and 300,000 sheep. Plus quite a few ducks, geese, goats, and horses.

Six animals appear on Swiss cantonal flags. There’s a bear on the flags of Bern, Appenzell Ausserrhoden and Innerrhoden, while Uri has a bull and Geneva an eagle.

Schaffhausen has a ram and Graubünden an ibex. But Thurgau’s flag has a foreign animal: two lions. Of course, there’s a seventh animal, too: the man on the flag of Glarus, the only one featuring a person.

The longest train ride in Switzerland 🚞

What’s the longest train trip possible in Switzerland without changing at all? That’s easy: 8 hours 20 minutes in the Glacier Express between St Moritz and Zermatt.

With 10.4 kg per year, a typical Swiss person eats more chocolate than carrots (8 kg) or tomatoes (9 kg). But cheese trumps even chocolate: each Swiss eats an average of 23.1g kg of it every year.

A word about Emmentaler cheese 🧀

The most famous Swiss cheese is Emmentaler, the holey one. It’s a big cheese, made in giant rounds weighing up to 120 kg, and each kilo needs 12 liters of milk to make it. That’s a lot of milk which is probably why Canton Bern has so many cows.

Around 86’000 babies are born every year in Switzerland, or about ten every hour. The easiest way to compare cantons is to count how many births there are for every 1,000 people. That way, we can see that across the cantons, Fribourg has the highest birth rate and Ticino the lowest.

Solothurn is the capital of the 11th Swiss canton and has 11 churches, 11 fountains, 11 museums, a clock with 11 numbers, and a local beer called “eleven” beer.

With a wingspan of almost 3 m, the bearded vulture is one of Switzerland’s largest birds. It died out in the 19th century but was re-introduced about 60 years ago and there are now several hundred birds.

Each person in Switzerland produces 716 kg of rubbish every year. That’s the bad news. The good news is that around half is recycled - paper, metal, glass, and PET plastic bottles, but also biowaste that’s turned into compost.

Cartographica Helvetica is a young explorer’s atlas of Switzerland. It is full-packed with quintessential statistics and facts about Switzerland. But this book also highlights lots of important topics for future generations, such as direct democracy to women’s rights and foreigners in Switzerland.

Available in English, German, or French. Save 10% by using code NEWLYSWISSED.

Diccon is a successful author, occasional radio guest, member of the swissinfo public council and permanent British expat in Switzerland. Here is your opportunity to have a peek at the latest zero emission models which might be whizzing by you in the near future... 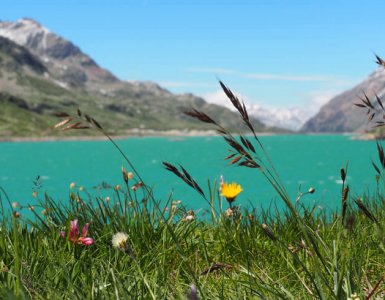 Manage Cookie Consent
To provide the best experience, we use technologies like cookies to store and/or access device information. Consenting to these technologies will allow us to process data such as browsing behavior or unique IDs on this site. Not consenting or withdrawing consent may adversely affect certain features and functions.
Manage options Manage services Manage vendors Read more about these purposes
View Preferences
{title} {title} {title}
477 Shares
Share375
Tweet94
Share
Pin8
WhatsApp