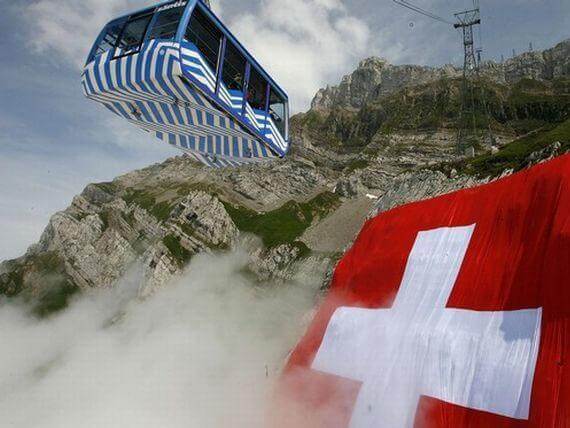 August 1st is to Switzerland what July 4th is to the US.

Although the Swiss Confederation was founded more than 700 years ago, the Swiss National Day has only been around for about the last century. It commemorates an event back in 1291, when the three original states Uri, Schwyz and Unterwalden took an oath of confederation on the famed Rütli meadow.

The three representatives convened in order to pledge mutual support against the tyranny of the Habsburg Empire. Even back then, the Swiss were a hard-working people. But it still surprises that it took until 1993 before the Swiss agreed that they could all take a day off on August 1st! 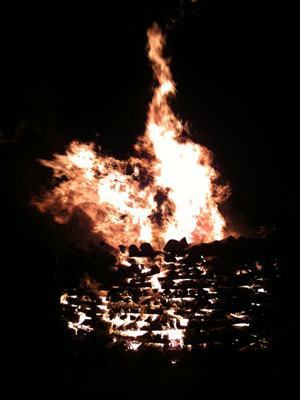 Today, the Swiss National Holiday is marked by brunch gatherings, folk music, and speeches by (more or less) famous politicians. After darkness falls, towns all over Switzerland will light gigantic bonfires. These spectacles can be seen from far away and I can only assume that in times past, this created a sense of great unity.

Unless you are living under a rock, the Swiss National Day cannot be missed. Because in late July, store shelves across Switzerland turn red-and-white, and Swiss crosses appear in places where Swiss crosses are least expected. For instance on boiled eggs or underwear! I spent my entire childhood and teenage years in Switzerland, and I thought that I knew this place pretty well. Some surprising facts about Switzerland...

Manage Cookie Consent
To provide the best experience, we use technologies like cookies to store and/or access device information. Consenting to these technologies will allow us to process data such as browsing behavior or unique IDs on this site. Not consenting or withdrawing consent may adversely affect certain features and functions.
Manage options Manage services Manage vendors Read more about these purposes
View Preferences
{title} {title} {title}
55 Shares
Share26
Tweet
Share
Pin29
WhatsApp