This stunning trail took us through ancient forests lined with special irrigation channels. And it allowed us to explore one of the unique wine-growing regions in Switzerland. Perched on steep slopes overlooking the Rhône Valley, the ancient vineyards produce a golden wine called Heida wine.

Starting from the town of Visperterminen, the Heida Wine Hike rewarded us with breathtaking views and delicious sips of Heida wine at St. Jodern Kellerei.

Visperterminen is a small town in the Valais region of Switzerland, located at the end of a postal bus route. From the train station in Visp, the curvy bus ride takes just 27 minutes.

We quickly learn that the locals have a nickname for their town: “Tärbinu.” Calling it “Visperterminen” is a surefire way of outing yourself as a tourist.

This strictly Catholic town of 1360 residents has something for history buffs. During the course of history, many locals have sought out better futures elsewhere. At the end of the 19th century, times of drought caused widespread famine and poverty, leaving many no other choice but to emigrate.

Entire family clans have resettled in the Americas, with the United States and Argentina being the main destinations. At the time, one-quarter of the residents moved abroad. And today, their descendants with family names such as Studer return as tourists on a quest to return to their roots.

The Heida Vineyard Hike, also referred to as “Kulturweg,” is an excellent way to get a taste of this region. Today’s hike starts in Visperterminen and ends at St. Johann Kellerei.

The trail mound is marked by a large yellow signpost across the Volg store. From there, the ancient path takes us along historic barns and houses.

Visperterminen is home to the highest vineyard in Europe

We soon enter the Heida vineyards with their steep slopes, sandy grounds, golden grapes, and kilometers of supporting rock walls.

Located at 1150 meters above sea level, these are the highest vineyards in Europe. At these elevations, vines require a particular sun angle to thrive.

With one-third of Switzerland’s wine production happening in Valais, you would think that Heida is a significant grape variety in the mix. However, given the small geographical footprint, the Heida grape contributes a mere drop.

All the patches here are small and owned by families or co-ops who pass them on through generations. All in all, there are about 1500 individual lots.

When two locals do small talk, they will start out by asking: “How are your vines doing?”

Those privy enough exhibit a true passion for their craft, spending the better half of the year tending to the grapevines. Due to the steep inclines of the Heida vineyards, harvesting must be done manually.

On one of the informational signs, we learn that the rock walls are vital to preserving the sun's heat. As the air cools during the night, heat is emitted, thus keeping the vines warm.

As a welcome reward for descending, we reach a viewpoint just a bit below the road. From here, we enjoy sweeping views of just about half the vineyard.

Wine from Visperterminen was first mentioned in 1584. Centuries later, the Heida grape enjoys renewed interest among wine aficionados. And for good reason, as we discovered during the wine tasting at St. Jodern Kellerei.

The winery makes for an ideal lunch spot - whether you decide to hike on or take the bus back. We are part of a group wine tasting that can be booked for a minimum of eight people. The flat fee of 15 francs per person includes six vintages and bread, while 35 francs adds a deli platter with ham and cheese.

Each vineyard's climate, soil, and topography are unique. By definition, all Swiss wines are classified as “Appellation d'Origine Contrôlée” (AOC). AOC means that the wines are specific to their growing conditions and geographic area.

Original Heida white wine from Visperterminen is full-bodied and heavy. This sets it apart from younger Heida varieties grown elsewhere in Valais. We particularly like the “Heida Veritas Visperterminen,” made from original vines that have never been grafted.

In the words of the master winemaker, Michael Hock: “Heida is a white wine behaving like a red wine.”

The shop at St. Jodern Kellerei offers to ship, so there is no need to carry heavy bottles in your luggage. Alternatively, you can pick up original Heida wine at Coop outlets across Switzerland. Look out for the “Visperterminen” mention on the bottle to ensure its origin.

Finally, a small piece of advice: in Swiss culture, making eye contact with your cheering companion is polite.

Some logistics for the Heida Wine Hike

Visperterminen is an excellent place for hikers and wine lovers alike. It’s a charming little town to visit before starting the Heida Wine Hike.

From Visperterminen to the St. Jodern winery in Unterstalden, the trail takes 2 to 2.5 hours to complete. If you continue and hike to Visp, you are looking at roughly 8 kilometers in length.

Fortunately for us, a bus stop is located right outside the winery. Postal buses for Visp or Visperterminen run on a limited (yet regular) schedule, so it pays to check the departure times beforehand.

The Heida Wine Hike in Visperterminen is an excellent trail for several reasons:

There is nothing better than enjoying a summer night with rocking beats from some of the biggest stars! Situated on the property of the posh Dolder Grand hotel on top of Zürich, the Live at sunset openair concerts are... 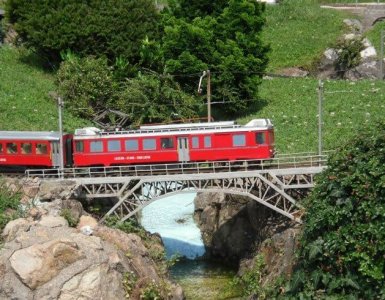 Swissminiatur in Melide – How to See Switzerland in an Hour

Swissminiatur brings back memories from my childhood. My sister and I would bug our parents constantly to take us to miniature Switzerland in Ticino... 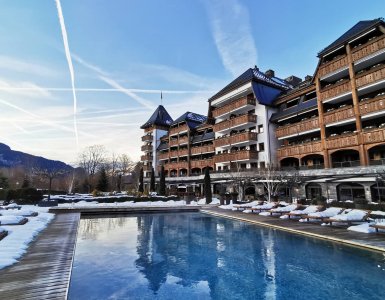 As is usual before checking into any hotel, I've done my research about The Alpina Gstaad. And I found an overwhelming number of...

Planning a trip to Switzerland in 2023 (Essential Guide)

Manage Cookie Consent
To provide the best experience, we use technologies like cookies to store and/or access device information. Consenting to these technologies will allow us to process data such as browsing behavior or unique IDs on this site. Not consenting or withdrawing consent may adversely affect certain features and functions.
Manage options Manage services Manage vendors Read more about these purposes
View Preferences
{title} {title} {title}
55 Shares
Share51
Tweet3
Share
Pin1
WhatsApp