A weekend in style at Hôtel Royal Savoy in Lausanne The distance from Lausanne to Bangkok is 9194 kilometers.

But the city's ties to Thailand are actually much closer: It is here that a future monarch spent his youth at a boarding school. And after taking the throne as King Rama IX, he would return to Lausanne again to study law and political science.

Our hotel for the weekend, the Hôtel Royal Savoy, has a significant Thai connection as well: The King of Thailand was a regular guest. In the recently remodeled hotel, the only sign of Thailand are the fresh orchids in our room. But the hotel's rich history blossoms throughout the premise. 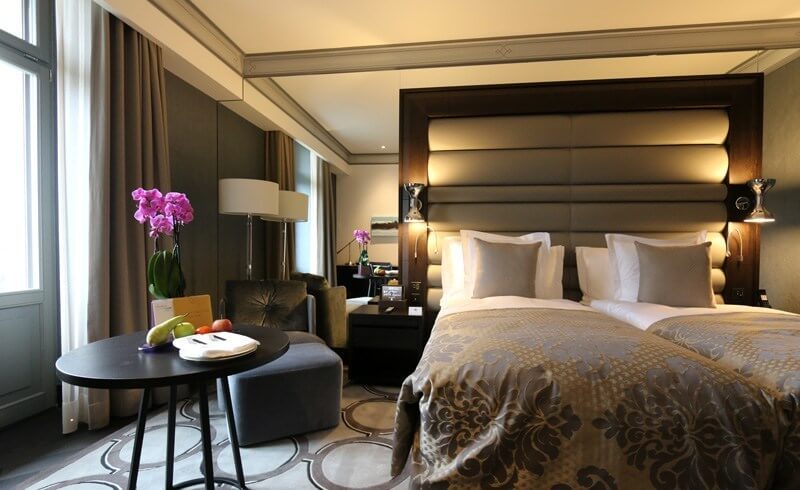 The Hôtel Royal Savoy in Lausanne

Our goal for the weekend is to discover Lausanne, the capital of the canton of Vaud. We have heard much about this city, such as that it is infamously hilly, has Switzerland's only subway and houses the Olympic Museum. But yet we have never spent more than 10 minutes here while transferring trains. 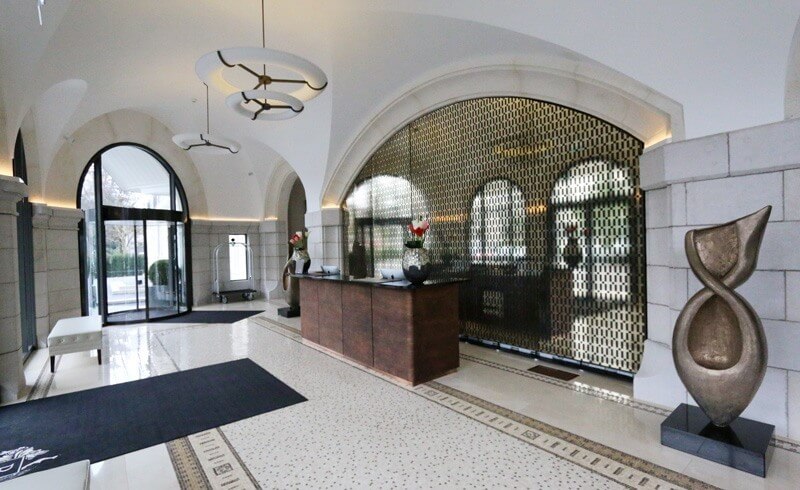 We feel like spending a weekend in style, so the five-star Hôtel Royal Savoy is a perfect match. This historic premise in between the lake and the train station has a presence unlike few other hotels. Immediately, our eyes are drawn to the vintage entrance gate which is classified as a category 1 historical artifact.

The interior design is part turn-of-the-century, part modern luxury. The chandelier in the lobby lounge is an eye-catcher, but it is not the only reason why many locals decide to spend their Sundays here: They regularly meet at the Savoy for Sunday afternoon tea time. We imagine that the selection of sweet and salty surprises from triple Michelin starred chef Marc Haeberlin helps, too... Foxtrail is the ultimate scavenger hunt

But before indulging in the temptations this hotel has to offer, we need to work up a hunger. The clever minds behind the Foxtrail scavenger hunt offer two trails in Lausanne. We opt for the shorter of the two which keeps us occupied for the better part of three hours... The scavenger hunt to catch up with the imaginary fox would take us from the hospital to the cathedral, and from the Olympic Museum to the port at Ouchy. All along the way, the fox has left mischievous clues and riddles. Some are hidden in plain sight, while others challenge our investigative skills to the max. Lausanne is such a fun place to get lost in - especially with a camera!

This entire afternoon, it seems that we are either walking up a slope or down flight of stairs. No wonder Lausanne's ladies are said to have nice legs! Back at the hotel, a culinary experience awaits...

We make it back to Avenue d'Ouchy 40 just in time for the appetizers. Those tender miniature hamburgers are just what we needed: At night, the chic in-house restaurant serves a modern take on the traditional French brasserie cuisine. But before we get seated in the elegant La Brasserie du Royal, our imagination (and empty stomachs) experience quite a rush: On the way to the restaurant, we inadvertently pass through the Corridor of Senses. This showcase of local products includes wines from the eight designations of origin of Vaud. For dessert, the chef's signature candied peach with a foamy Champagne sabayon, along with pistachio ice cream: We are told that the new Royal Savoy spa will be opening this summer, and the rooftop terrace is supposed to house a bar with a 360 degree view.

Thanks to the research that went into this article, I found out that Lausanne has an authentic Thai pavilion. Denantou Park is located down by the lake, and the pavilion was inaugurated in the presence of His Majesty King Bhumibol Adulyadej of Thailand in 2009.

So many reasons to return to Lausanne soon... (Disclaimer: For the purpose of this review, Hotel Royal Savoy has provided one complimentary night including dinner. Foxtrail admissions courtesy of Lausanne Tourism.) 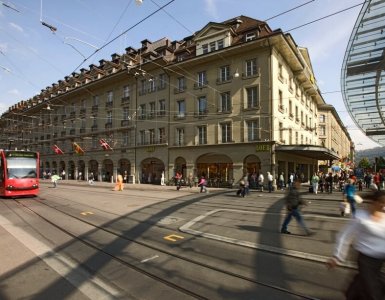 Bern’s Loebegge is more than just a street corner

Every city has one: An iconic spot full of history, legends and memories. When it comes to Bern, ask any local and they will point at Loebegge (the corner of the Loeb department store)... 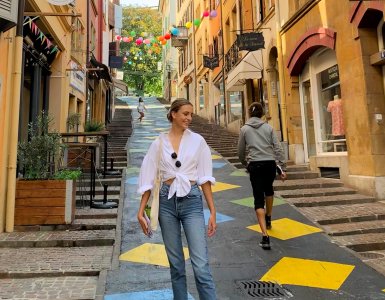 Neuchâtel: a solo traveler’s guide for the curious

On a recent weekend, I visited a cozy town that has it all. From eateries to museums, here's my solo traveler's guide to Neuchâtel... Mendrisiotto in Ticino: here are all the fun things to do

Mendrisotto and its regional capital, Mendrisio, are worth a visit. From the Sagra del Borgo Grape Festival to scenic hikes and a fossil museum...

Manage Cookie Consent
To provide the best experience, we use technologies like cookies to store and/or access device information. Consenting to these technologies will allow us to process data such as browsing behavior or unique IDs on this site. Not consenting or withdrawing consent may adversely affect certain features and functions.
Manage options Manage services Manage vendors Read more about these purposes
View Preferences
{title} {title} {title}
75 Shares
Share56
Tweet
Share4
Pin15
WhatsApp