Before we moved to Switzerland, my biggest worries were about our children. At the time, they were two and five years old.

How will they be dealing with the sudden change? How will they get used to the new environment? And of course, how will they handle a foreign language while retaining the knowledge about their mother tongue? My friend reassured me that I need not worry and that children have a "plastic" brain that can suck up information like a sponge. That still did not diminish my fears.

By all means, this is no bullet proof scientific study with precise statistics on how quickly children can learn a foreign language. Rather, I want to share my personal story and help shed your worries by giving you some encouragement in the decision phase whether to move abroad with children.

From Czech to Bernese Swiss German.

We sent our older son to the local kindergarten just 14 days after our arrival in Switzerland, about mid November. At that time, he was only able to introduce himself and count to ten in German. Sometimes, I think it was a little rough, but I gradually found out that it was the best we could do for him.

In March, the teacher informed us that even before Christmas, our son had understood the meaning of some terms, had listened in and said a word here and there. After the New Year, his vocabulary had expanded a lot and he tried to speak more. By March, he was forming sentences. The best thing about this was that he liked to practice his newly acquired vocabulary at home while playing with his younger brother. The younger one was learning from him quickly. Sometimes, I overheard them communicating with each other both in the Czech language and the local dialect called Bärndütsch. A while later, they switched to Bärndütsch completely. (At that time, my younger son was enrolled for a two hour German class once a week.)

Children have a gift to learn languages quickly.

Now, after two and a half years, our older son speaks the local Swiss German dialect and almost fluent German, which he learns at school. He has no problems in distinguishing between languages and jumping from one to the other.

Once in a while, we are taken by surprise when he says a complicated, grammatically correct sentence without hesitation. Our younger son has been attending a local kindergarten for several months now and speaks a local dialect as well.

Of course, comic situations sometimes arise when the languages are confused and he forms funny bilingual sentences. But even so, we can see how enormous progress has he made so far. And our youngest, born here in Switzerland? Though she still does not speak much, she automatically reacts to the language of the counterpart. When the shopkeeper is saying Tschüss, she waves goodbye, the same way she is responding to the Czech Pá pá. 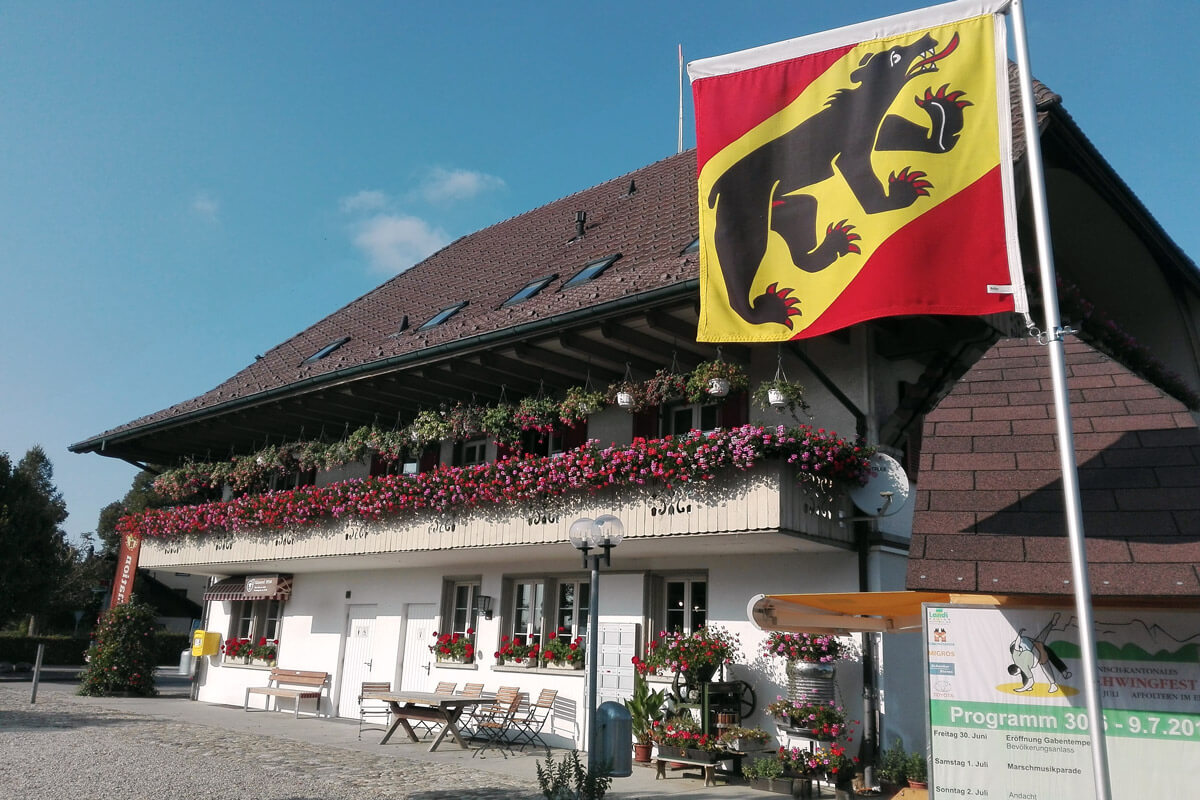 Of course, I do not want to boast how gifted our kids are. God forbid, no! I also know our sons have had desperate moments in kindergarten when they wanted to say something but did not know how. I just wanted to say that I must back my friend for the truth. Children really learn languages incredibly quickly!

And how do we manage to keep our mother tongue?

After moving, my intent was to require our children to strictly speak Czech at home. But over time, I began to release this rule when I found out that they were trying to speak in the second or third language - and I could even learn from them. (Although I doubt I will ever use sentences like: "You have broken my toy! It's all your fault! I will not be with you anymore!" in my adult world.) 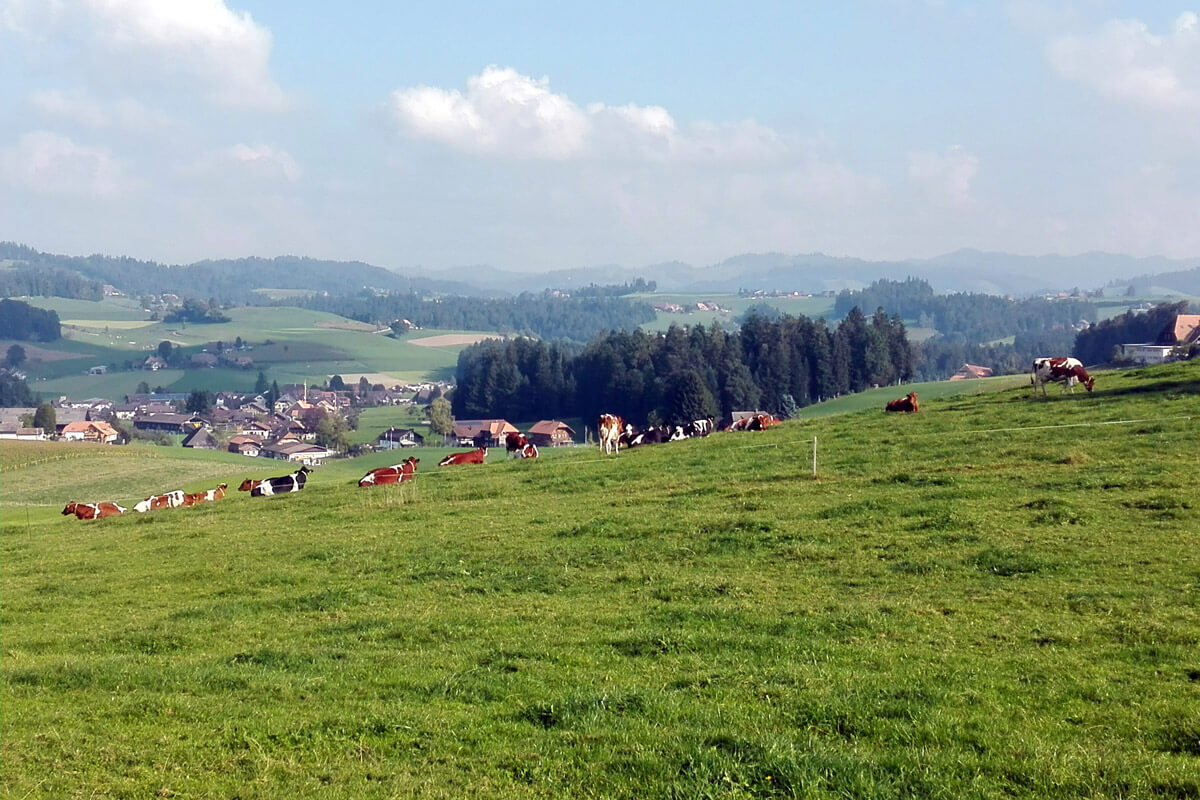 I insist on Czech, especially if I hear that their grammar needs to be corrected. Or when they cannot find an appropriate word in Czech that they know in another language (and that is what happens, too!).

Sometimes, I feel bad that our children do not learn Czech poems and songs as I have learned in school. But on the other hand, it is our role as their parents to share these cultural traditions with them. And I am grateful to grandmothers for supplying us with Czech fairy tale books, which I read to my kids before bedtime.

My husband and I agree that our children do not know yet what a gift they got for life, knowing a foreign language. In addition, they learn it in the most natural way, by living in an environment where another language is practiced. By playing, repeating, imitating and, of course, communicating with other children.

So, for those who are afraid of moving abroad because you do not know how you children will handle a foreign language: There is no need to worry! Children are incredibly adaptable and can learn some things more quickly than adults. Originally from the Czech Republic, Hanka has called Switzerland her home since 2014. She is an HR-manager-turned-stay-at-home-mom who is fully devoted to her husband and three kids. Also, Hanka blogs about life and family friendly travel in Switzerland. Before moving to Switzerland, you have been busy brushing up your German – and so you arrive, feeling well prepared for your stay in Geneva or Zurich... 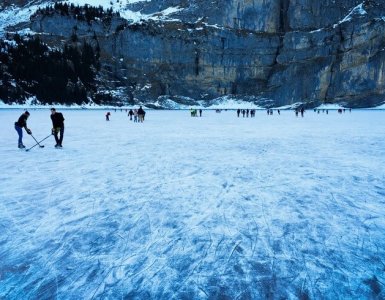 19 years had to pass for people in Switzerland to once again enjoy the natural miracle of snow-free ice on Oeschinensee in Kandersteg...

These playgrounds in Zürich are an outdoor heaven for kids

Manage Cookie Consent
To provide the best experience, we use technologies like cookies to store and/or access device information. Consenting to these technologies will allow us to process data such as browsing behavior or unique IDs on this site. Not consenting or withdrawing consent may adversely affect certain features and functions.
Manage options Manage services Manage vendors Read more about these purposes
View Preferences
{title} {title} {title}
140 Shares
Share124
Tweet1
Share10
Pin5
WhatsApp