Skinny dipping in hot springs is a heavenly moment for many Japanese, especially for those living abroad where taking a hot bath every night is uncommon.

Whenever the cold winter hits Switzerland, I feel envious about those red faced monkeys sitting in Japanese hot springs. I am sure you know this picture. Since our recent trip to the Lenkerhof Gourmet Spa Resort, my envy is gone. That’s because I have found my own hot springs in Lenk! 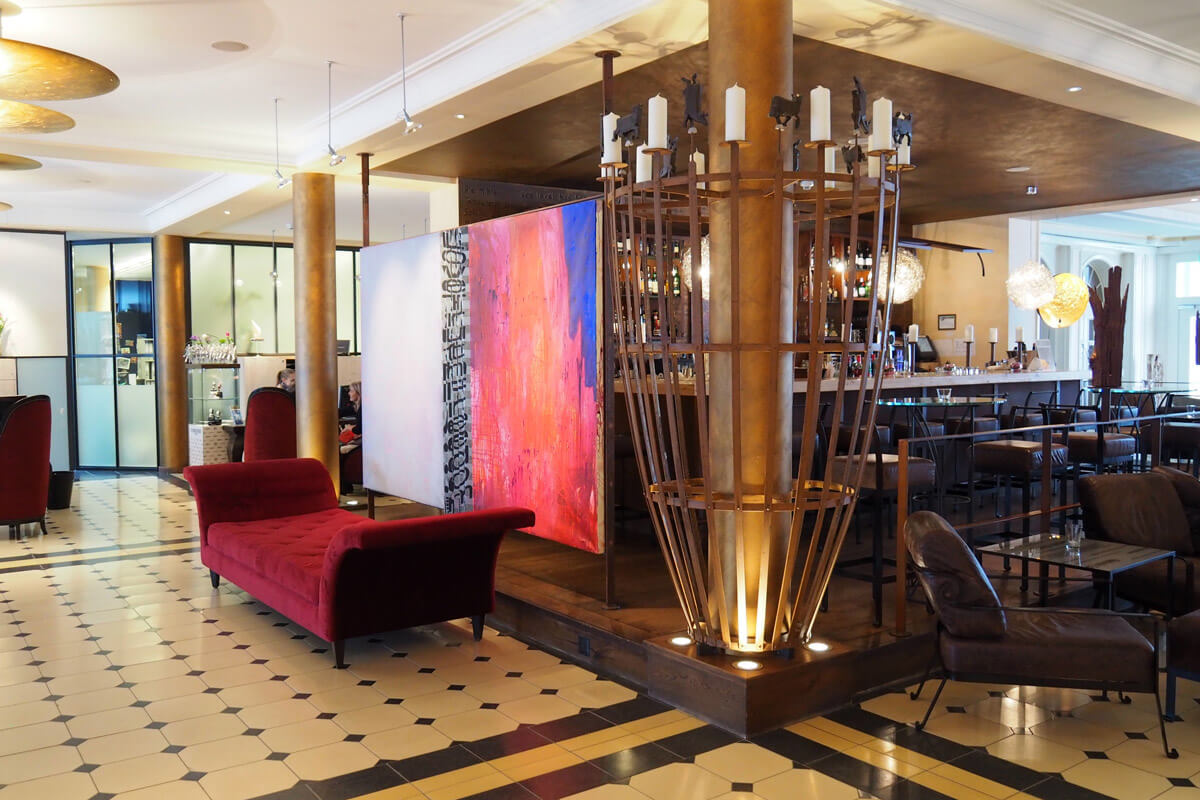 The origin of Simmental beef

Under the shadow of the Wildstrubel massif, Lenk hides the seven sources of the river Simme. (In the local Bernese dialect, the name means as much as "seven.") The Simme makes its way to the river confluence in Zweisimmen through the valley where one of the oldest cattle breeds originated.

At one point, the precious Simmental cattle were stolen by the people of the Valais. This was during a time when all the Lenk men had left the Simmen Valley to fight one another as mercenaries in Zürich. In a brave act called the Wyberschlacht, the brave women of Lenk who crossed the Wildstrubel to retrieve the stolen cattle...

For its rapid growth and strong wide frame, the breed is known as Simmentaler to cowboys as far as Namibia (since 1893) and South Africa (since 1905). The cattle’s healthy heritage must be from the minerals of the Simme river, including the sulphur that helps to protect the body against toxins in the environment. 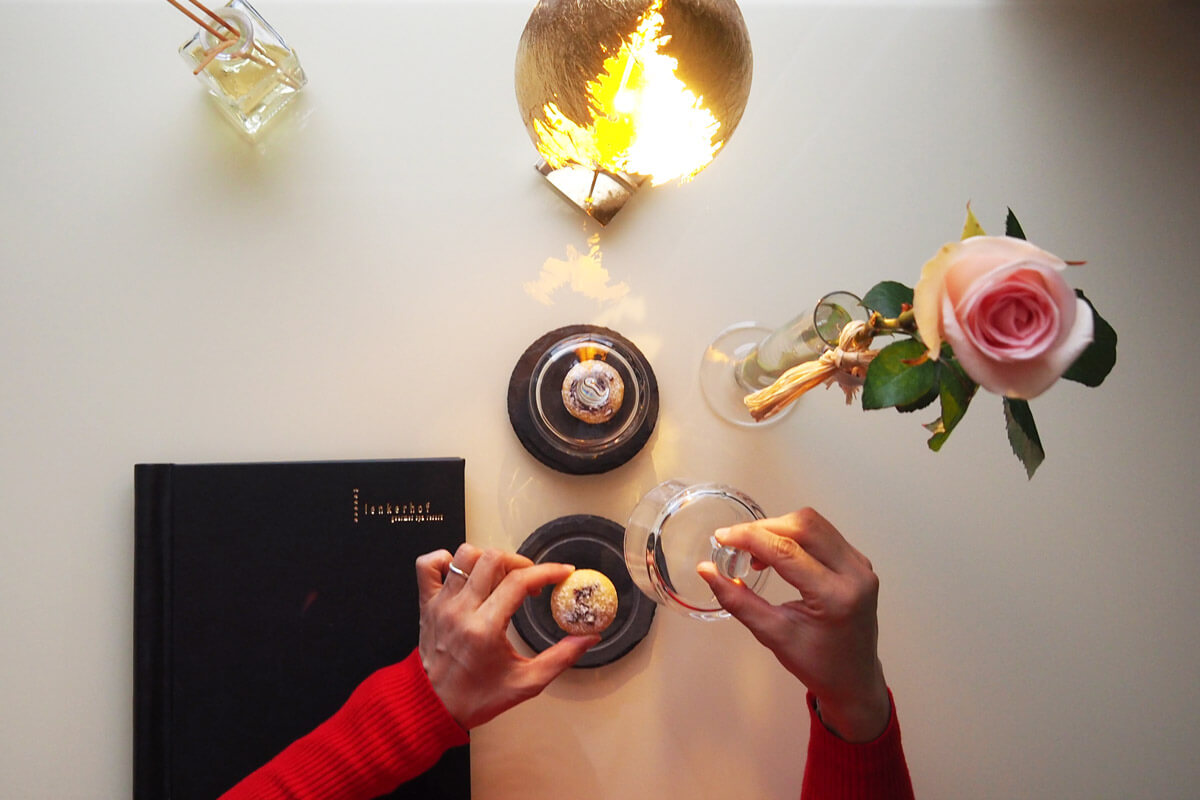 Bathing in sulfur since 1689

Despite its devilish smell (imagine hundreds of eggs that were boiling for a decade!), sulphur is known as “nature’s beauty mineral.” It is a necessary ingredient for the body in manufacturing collagen. Not only does it ease skin irritations and joint pains, sulphur also lowers cholesterol and blood pressure.

It is no exaggeration to say that with its sulphur springs and unspoiled nature, Lenk has been energizing its guests since 1689. In 1969, the magical spring was inherited by the Lenkerhof. Today, its 2000 square meters spa area includes the 28 degree Celsius indoor pool and the 34 degree Celsius outdoor pool - the latter filled with sulfur water that was treated in order to avoid the sulphur smell. Welcome to the 7sources spa

Named after the Simme river, the 7sources spa will treat the guests’ bodies and souls with seven different saunas: A bio sauna, herbal sauna, steam bath, rock oil sauna, ice grotto, sulphur grotto and a Finnish sauna with a wide view of Lenk. The valley’s natural energy is being appreciated by the spa team. They create original massage oils with local herbs and honey, and they collect stones from the mystic Simme river to be used in hot stone therapy.

The stones are said to radiate their positive energy into the body by absorbing any negative knots and pains. After a while, the stones are carefully returned to the mother river that will wash those worries away. 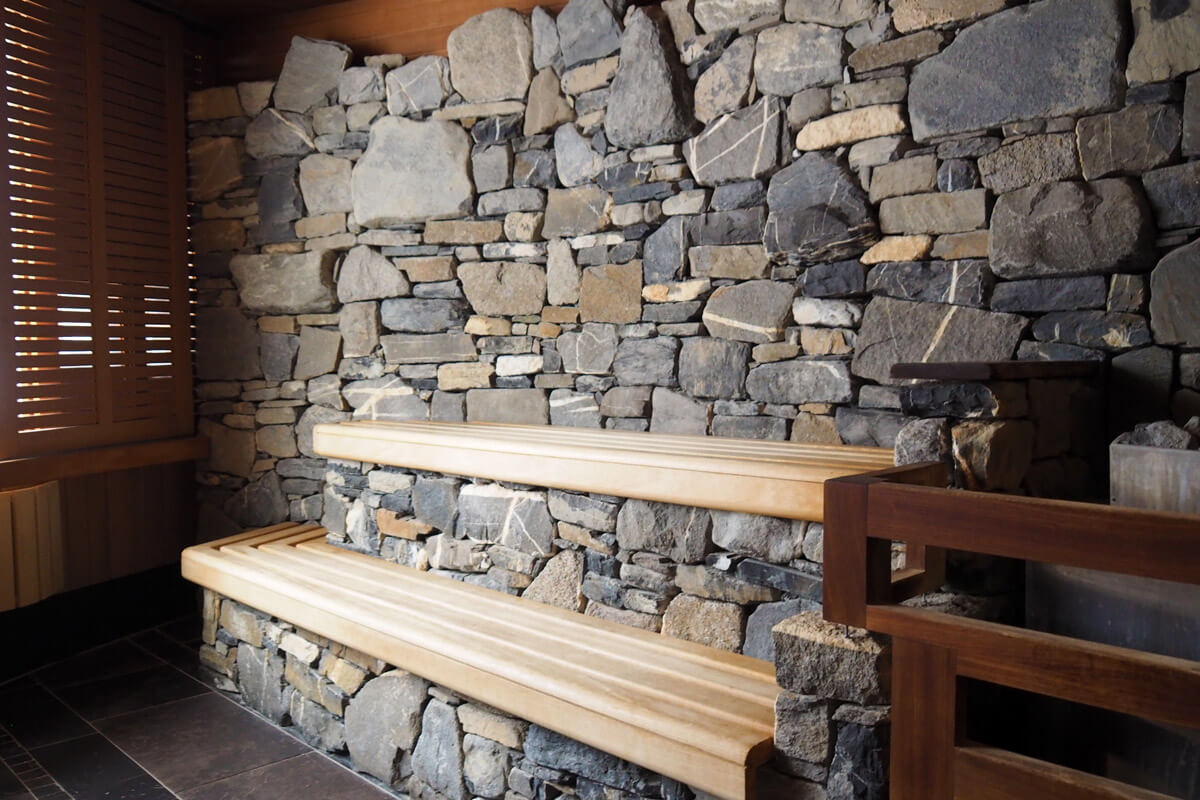 Fifteen meals from a kitchen with 16 Gault Millau points

"Don't worry, all that sulfur smell makes you hungry," said Maxime Hops, the marketing manager at the Lenkerhof. The thing is that the in-house Spettacolo restaurant with its 16 Gault Millau point kitchen offers a staggering fifteen courses every night! Stefan Lünse is the young and innovative head chef who explains to us that most diners choose between five and seven courses (pictured on the left further down). His menu changes daily and includes appetizers such as Jerusalem artichokes, smoked almonds and passion fruit. Or soups such as a red lentil cream soup with coconut and curry.

Let's say that I was slightly overwhelmed by that fifteen course menu. But the concept is ingenious: All half pension guests get to indulge in any and as many of the courses as they wish. It must have been the sulfur in the air, but my stomach craved for a refill of my favorite dish, the langouste with red prawn, paprika and sorrel: For one, wine and food pairing is taken serious around here. Every night at 6 PM, guests are invited into the historic wine cellar with its original stone fountain from 1889. The hotel's long history can be felt throughout, but especially so in the vast lobby. Throughout the ground floor, the original wooden floor has been resurfaced during a renovation. The large chimney offers a fireplace experience like no other, and the walls are adorned by original art from Jürg Opprecht, the proprietor of the Lenkerhof. After a day of wellness for the mind, body and soul, we retreat to our junior suite on the top floor. From our vantage point, we can see all the way to the end of the valley and we make a binding commitment: The following day, we would strap on our snow shoes and hike to the source of the Simmen river... 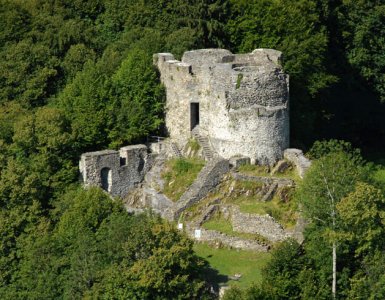 Starting in Wilderswil, the Castle Trail takes you back to the days when knights rode in the woods, and Switzerland was a very different place... A secret no more: Park Hotel Brenscino in Brissago

Brissago brings back memories of the subtropical islands with their lush vegetation. Their extension on land is called Park Hotel Brenscino.

5 tips for a classy city break in Zürich

Manage Cookie Consent
To provide the best experience, we use technologies like cookies to store and/or access device information. Consenting to these technologies will allow us to process data such as browsing behavior or unique IDs on this site. Not consenting or withdrawing consent may adversely affect certain features and functions.
Manage options Manage services Manage vendors Read more about these purposes
View Preferences
{title} {title} {title}
119 Shares
Share117
Tweet
Share
Pin2
WhatsApp