Geneva, Interlaken, Montreux and Zermatt: No doubt they are among Switzerland's tourism hot spots.

But the alpine country also boasts countless places off the beaten track. These are spots that only few people know about - be it forest clearings, mountain lakes, ravines or charming towns. We have now asked our community for their personal gems, and so here are some lesser known places in Switzerland worth a visit.

It is relatively well known, but check out Lac de Taney near Vouvry and Montreux. This is a beautiful little lake about an hour's hike from Le Flon in Miex, the final stop on the route of the postal bus.

Be aware that the one hour hike from Miex is strenuous. But all that work will be worth it when you reach the lake! Pack your swim suit because this lake is perfect for swimming during summer. 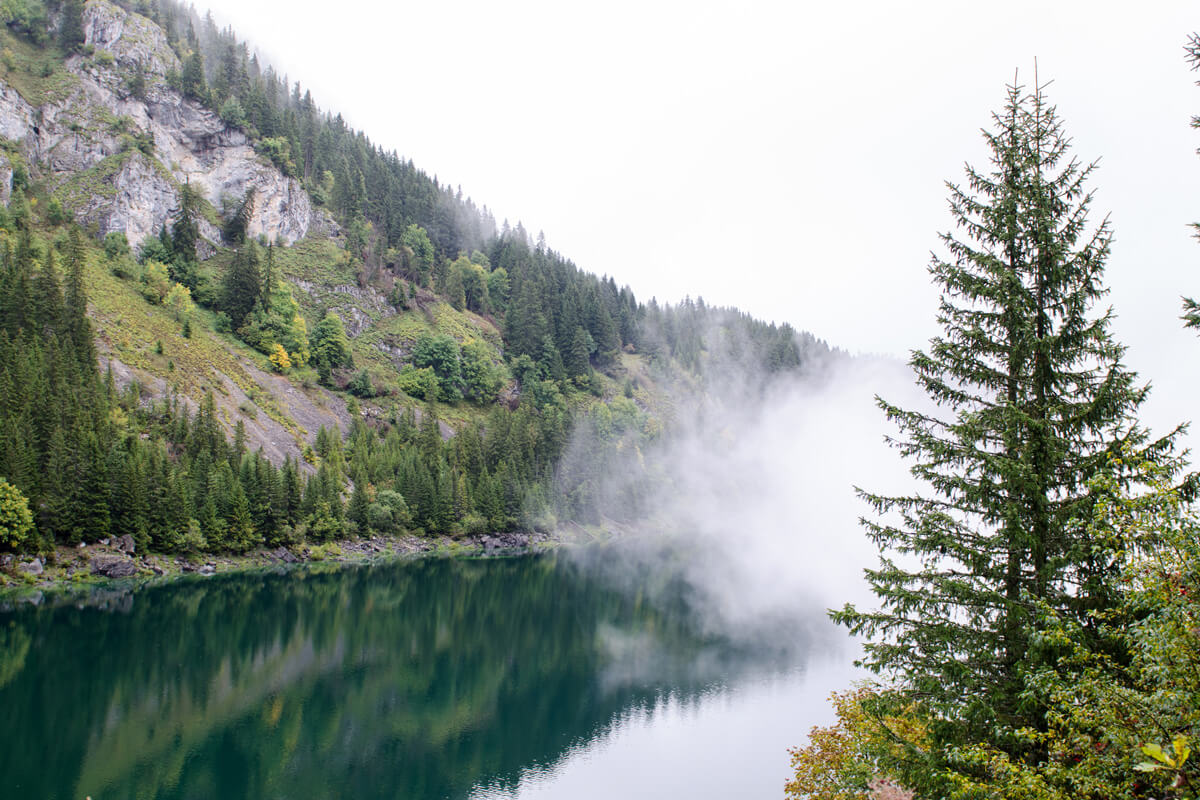 The "Bisse des Ravines" in Valais

In Valais, just above the village of Bruson, discover the "Bisse des Ravines" in a lovely and enchanting setting. On a course of about three kilometers, you will cross a beautiful and varied landscape, along a trickle of water in the heart of a beautiful forest. You can rest or take a good aperitif as well as regain strength around tidy tables and nice picnic places. 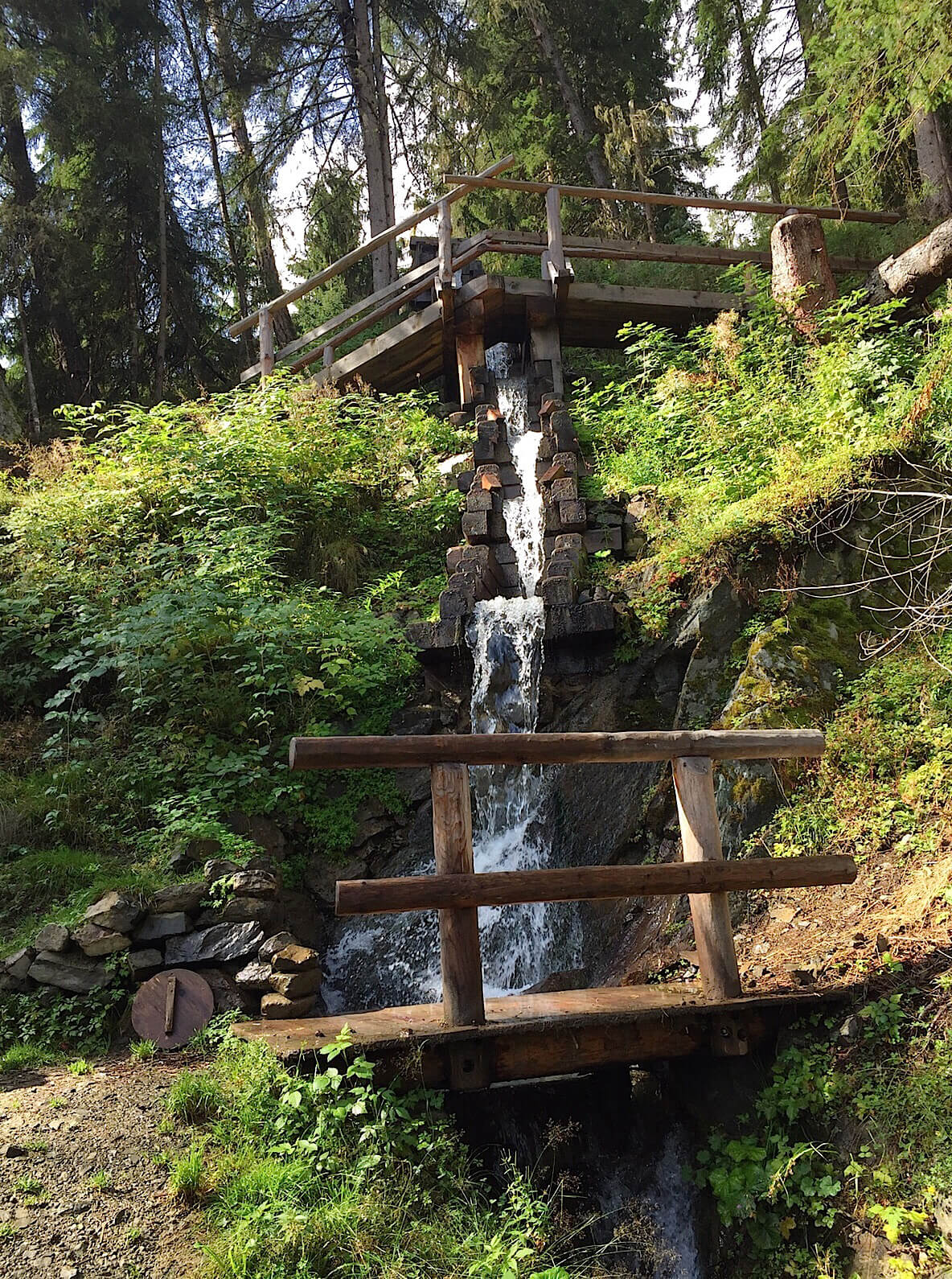 Upon the arrival at the bisse, the hut is visited on the site of the departure station of an old military cable car of which a replica was built for the delight of the visitors. This bisse is open from May to October and also runs in winter with snowshoeing. Here is some more information to plan your visit. 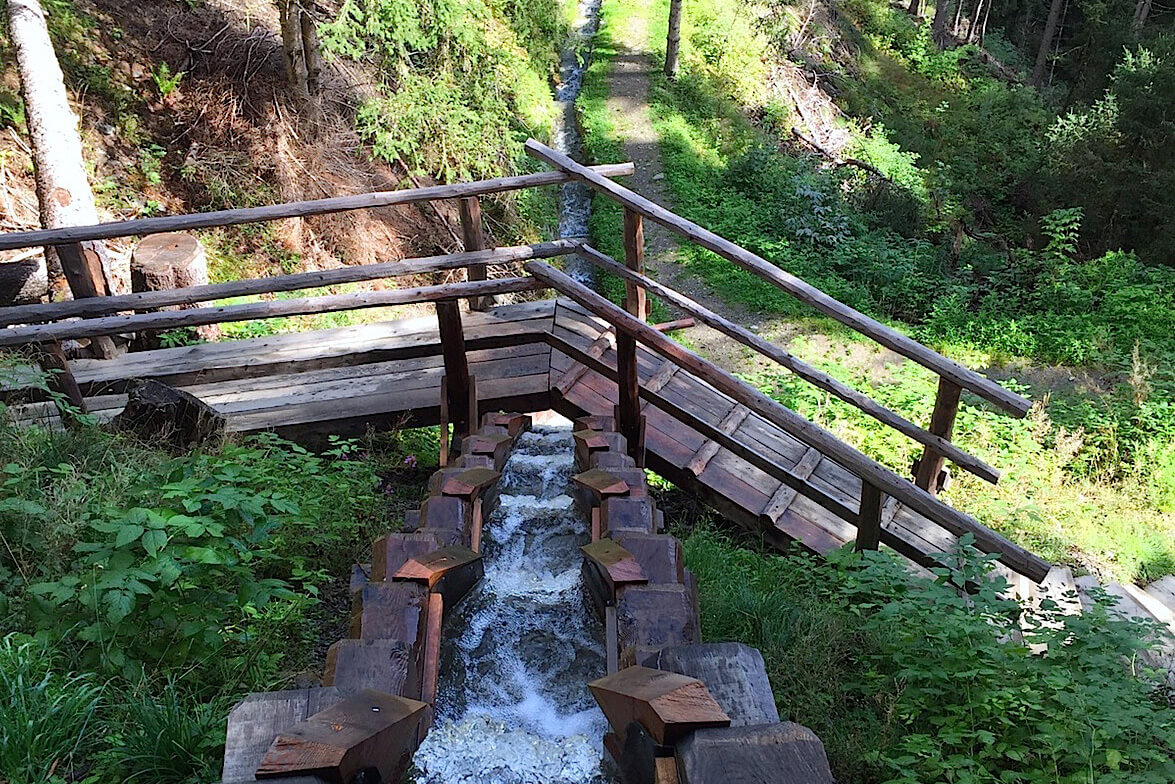 (Written by Fernand Besse in French and translated by Jean-Michel Rambert. Thank you for coordinating, Rebecca!)

The wilderness between Gruyères, Gstaad and Zweisimmmen

There is a nature conservation area around Mt. Vanil Noir near Gruyères. More than 500 plant species, 70 types of butterflies as well as reptiles and amphibians thrive in this chunk of wilderness off the beaten track. Two valleys culminate at the peak, which is actually the highest point in the canton of Fribourg. Despite being close to the touristic hot spots, expect to find an authentic Swiss scenery. 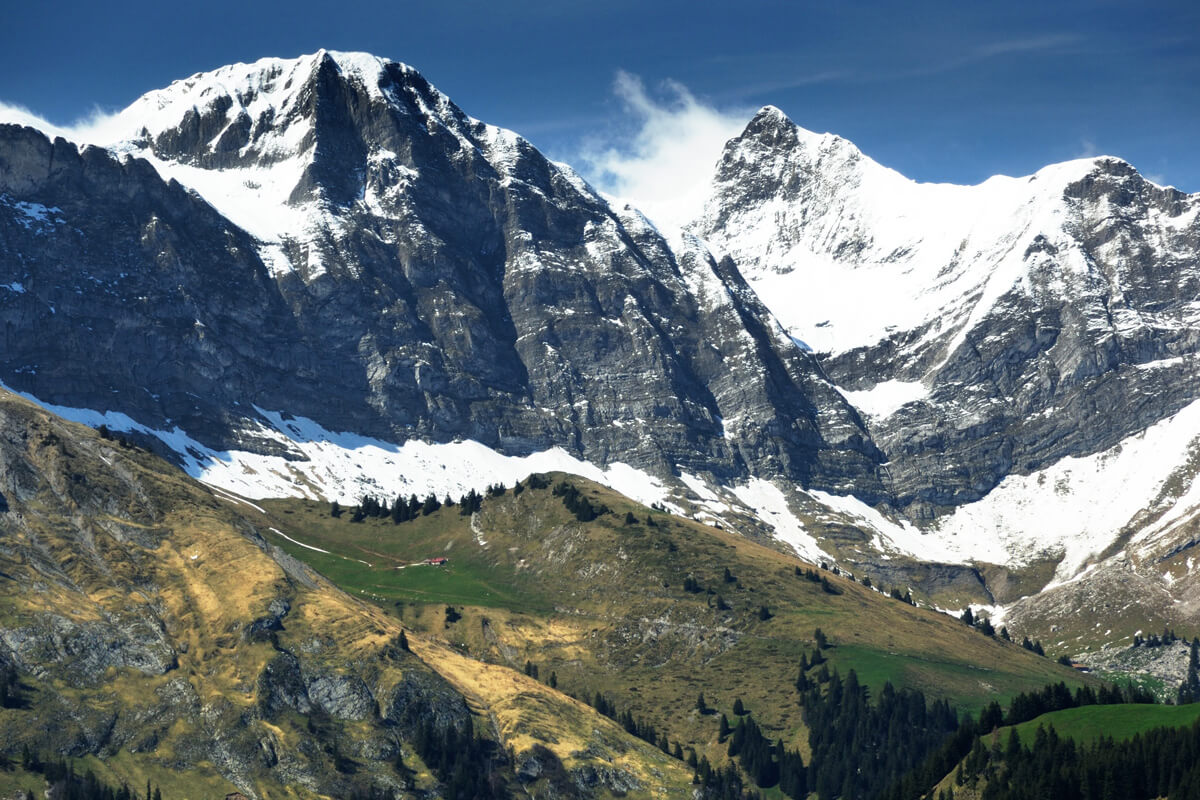 Nestled in the rural valley of the Doubs river, Saint-Ursanne is a charming old town that invites for exploring. Not many tourist make it here because it is far from any major sights. But the colorful buildings and the local flair should be reason enough to put this little gem on your map.

The cloister in the cathedral is said to contain parts that were dated as old as the 10th century. And if you follow the path uphill behind the cathedral, you will find a hidden refuge for hermits. 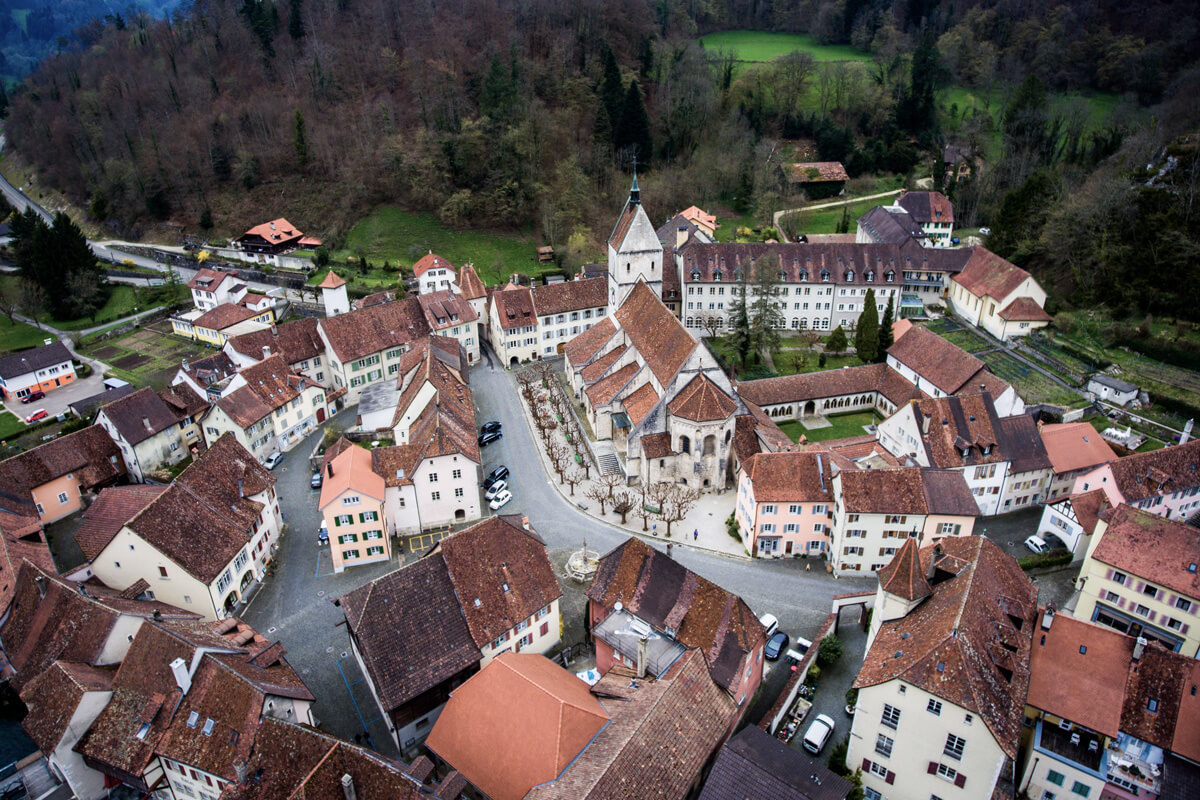 In Biel near the zoo, there is a wonderful ravine leading to a gorge. The Romans used this path as a passage to the Jura valley. And in modern times, the so-called Taubenlochschlucht is an example of how nature can thrive within urban developments. Due to the moist environment, you will notice lots of mosses and ferns as you hike closer and closer to the river gorge. 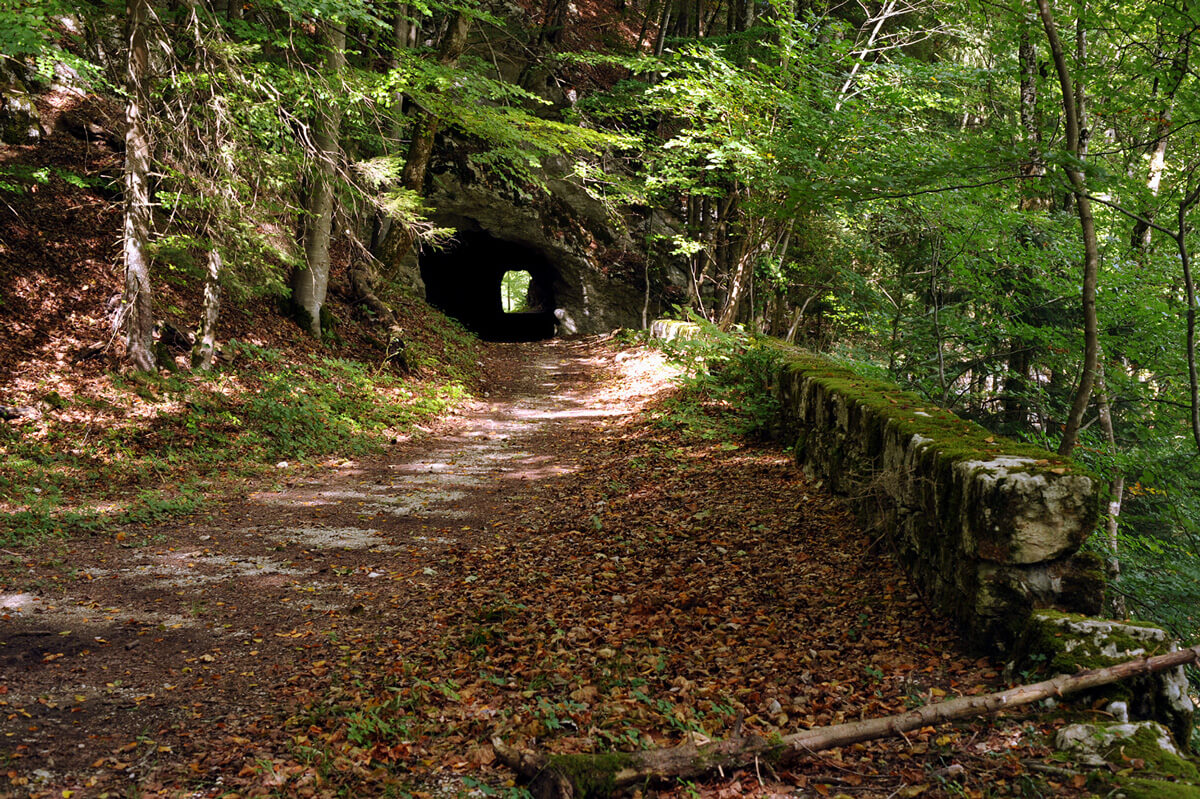 Some years ago, the park's non-profit organization has opened a new pedestrian bridge to the public. Access the trail from the stop at Frinvillier. At the end of the trail, there is a guest house with restaurant and eight rooms. Make sure to wear proper hiking boots when tackling the Taubenlochschlucht. It can be slippery and steep at times. 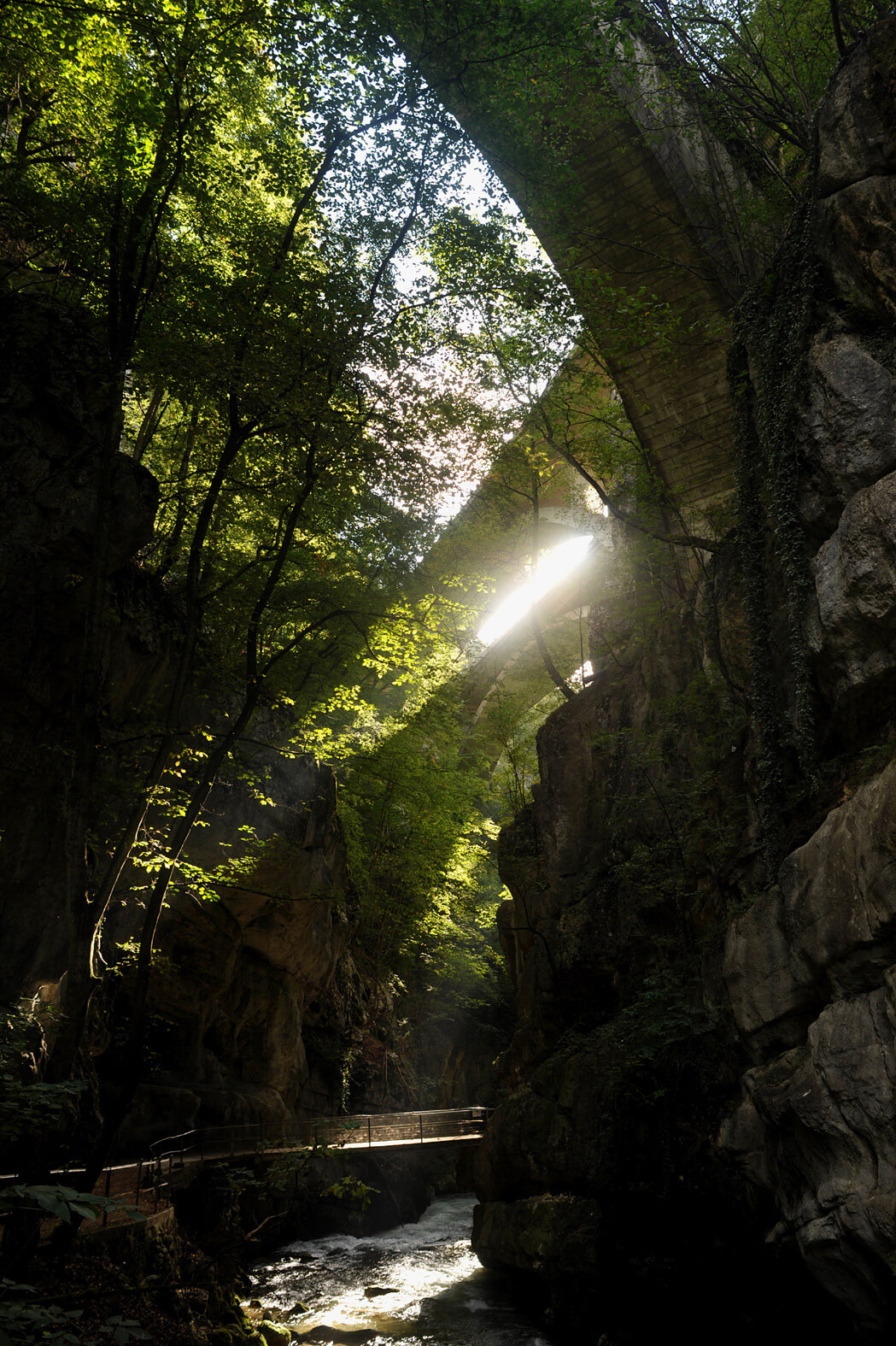 The picturesque Val Frisal in Grisons

High up above the town of Brigels, there is a hidden valley with a wetlands floor and meandering creeks. Given that it is at 1900 meters above sea, the Val Frisal with its glacier mound has been left to nature. At this altitude, you will also find Switzerland's highest primeval forest, Scatlè, with its spruce trees.

From the beginning of the trail in the old part of Brigels, you will be following the hike to Chischarolas. From there, continue to Rubi Sut and find the valley entrance to Val Frisal. On your way back, hike to Alp Nova from where you will be descending 442 meters to Brigels alongside the river Flem. (Or you can save yourself the work and hop on the chairlift at Cresta Falla.) Bring enough food as there are no restaurant along the way. 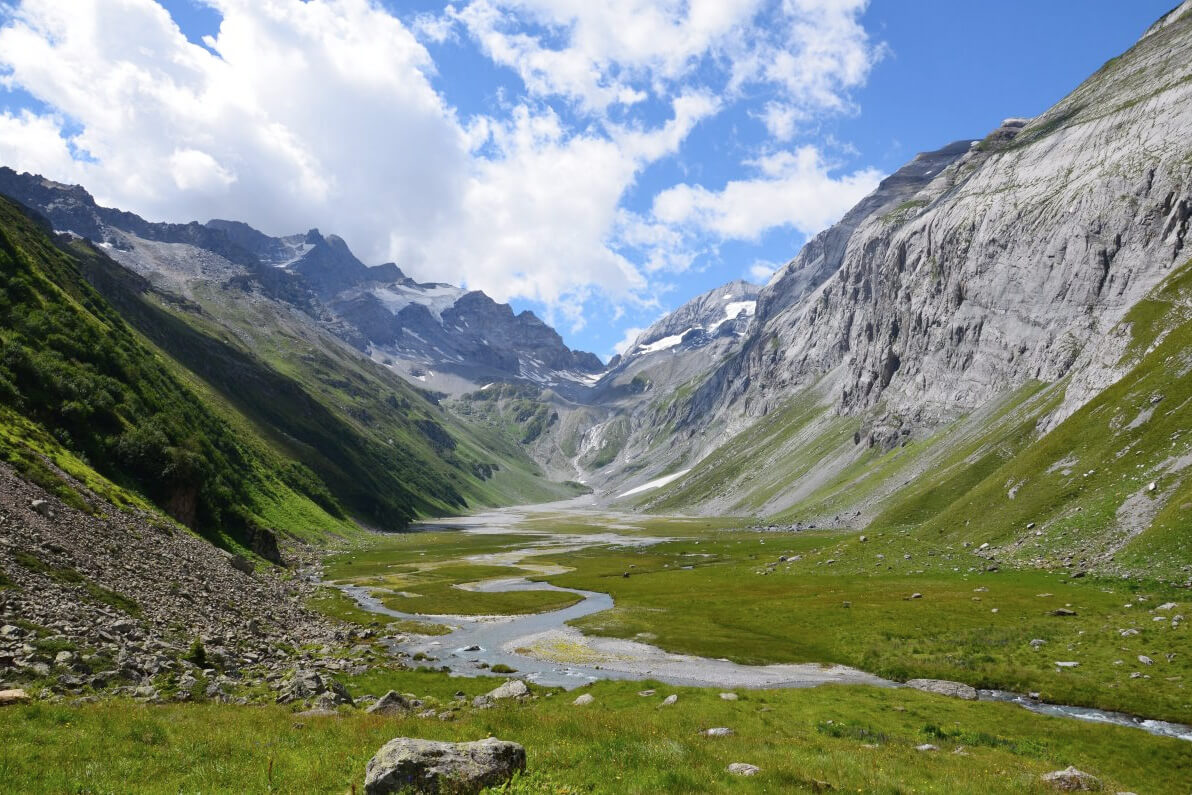 Surrounded by a dramatic mountain massif and snug within a dark green spruce forest lies a turquoise lake, dazzling its visitors with its bright, nearly surreal color. Although only less than an hours drive from Bern, this forest lake is like another world.

Our advice: Go to Blausee on a sunny day when the sun rays blast right to the bottom of the lake, revealing the most beautiful shades of blue. Take a walk around the little lake - the surroundings with giant, mossy rocks are mystical and captivating. No wonder Lake Blausee is recognized as one of Switzerland's energy spots! 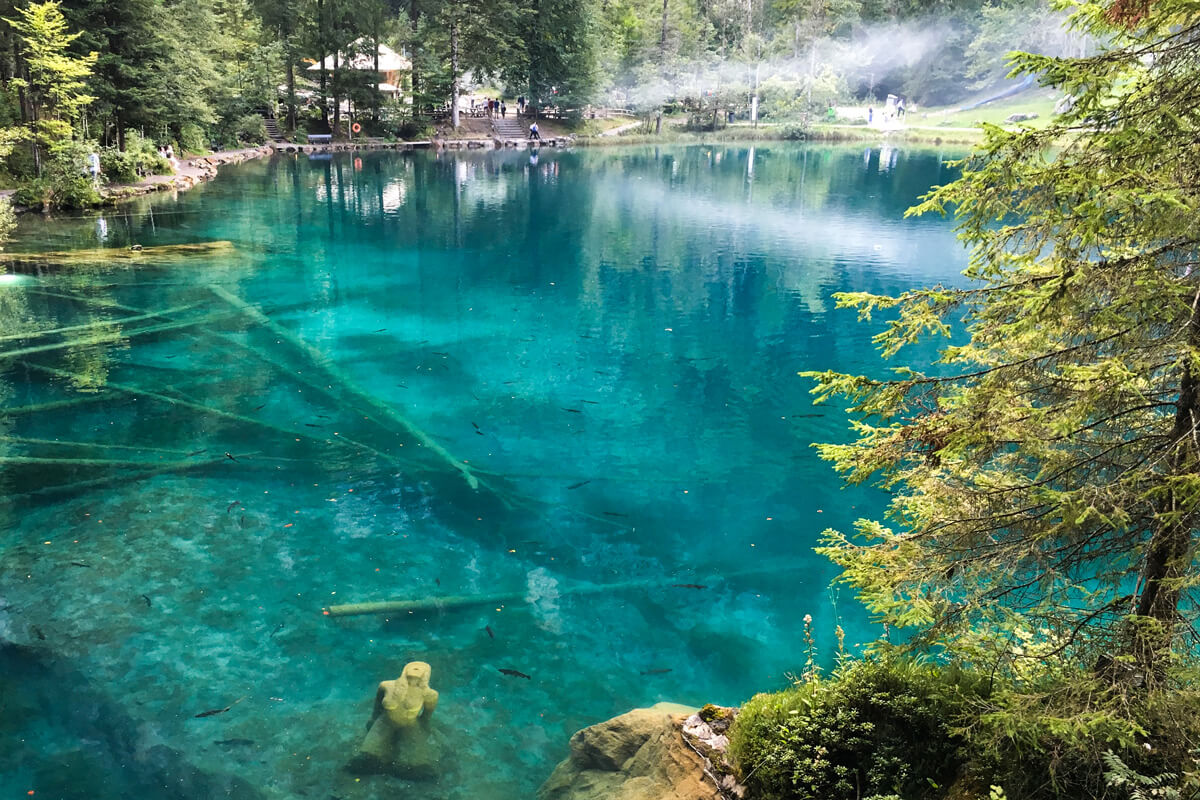 The cycling route from Zürich to Schwyz

You can cycle route 51 from Zurich to Schwyz, with the Alps ahead of you drawing you irresistibly closer. After lunch in Zug you follow the lake with Rigi towering above you you wind through villages.

About halfway down, directly opposite the peak of Rigi, is a lay by. Clamber a few meters through the woods and you arrive at a tiny beach with a diving board fixed into the rock. Take a BBQ or a picnic. The water is cold but crystal clear, and the Alps rise from the foot of the lake to the sky. 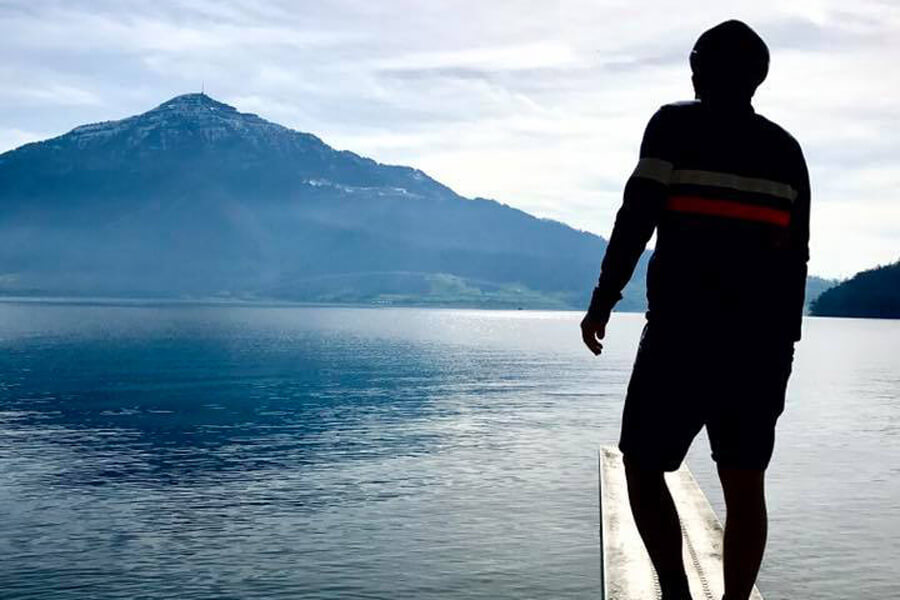 Juf, the highest village in Europe

At 2126 m above sea, the village of Juf is almost as high as the popular Mr. Pilatus peak. Juf is beautiful during all seasons, be it for hiking in the summer and fall or for snowshoeing in the winter. At one end of the village, you can buy fresh dairy products directly from the farmer.

Christian, who has previously reported on his road trip to Juf, compared the drive to being in Scotland's Highlands. In order to get to the back of the Averstal by public transportation, there is always a very long ride on the postal bus... And finally, a lesser know sledding trail from Nessleren to Saxeten

Winter is just around the corner, and sledding is a Swiss pastime that should be on your list. The locals like to pull their wooden Davoser sleds all the way to the top of a hill. There, they will warm up with some "enhanced" coffee. (Our Christian recommends the Hexenstube, a hut that is completely filled with witch dolls and puppets.) 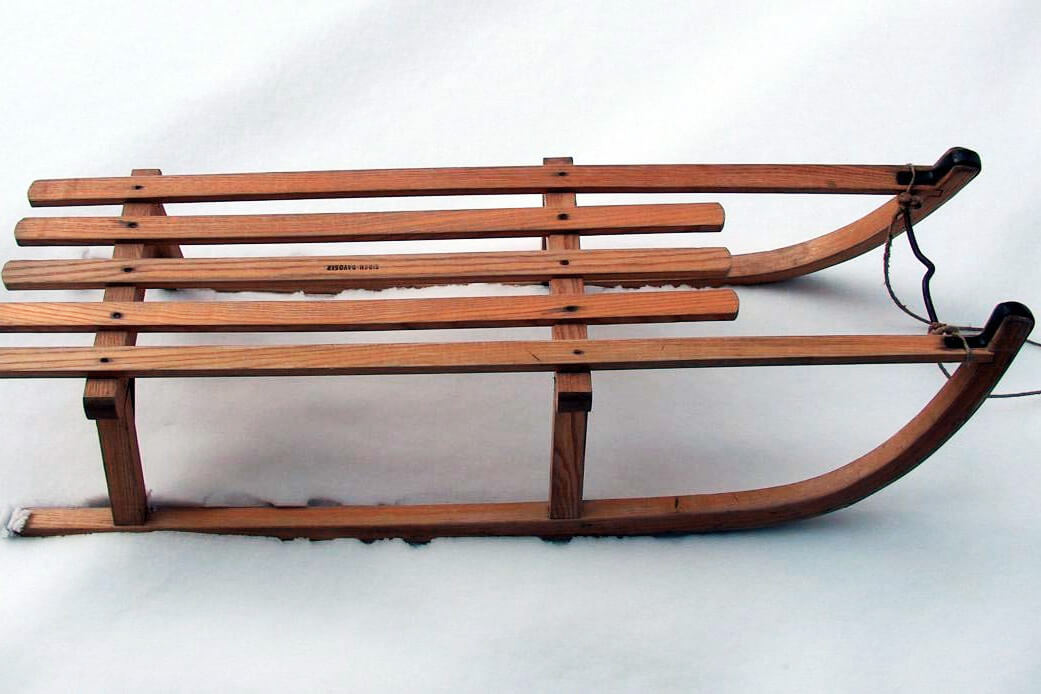 The four kilometer long toboggan run from Nessleren to Saxeten is somewhat of a secret. Take the postal bus 111 to Restaurant Pintli. If you do not have your own sled, you can rent one at the restaurant. And from there, you will be walking to Alp Nessleren for about an hour before sledding all the way back...

Got any hidden spots in Switzerland we should know about? Please share.

If you’re an expat in Switzerland and you love documentaries, Tintin, music and ice-cream, you should plan a visit to the pretty lakeside town of Nyon – located in Canton Vaud and only 25 km north-east of Geneva. Known... 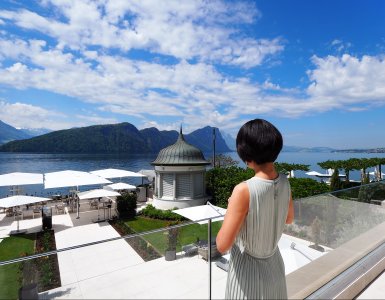 Park Hotel Vitznau may be the most exclusive Swiss resort

With all but 47 elegant residences and suites, the Park Hotel Vitznau has exclusivity and privacy written all over it. 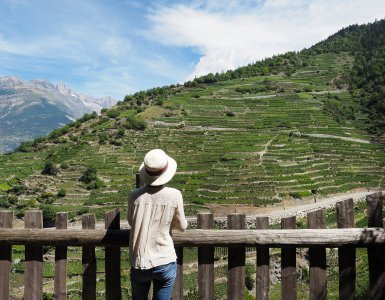 Visperterminen is home to the Heida Wine Hike. This stunning trail crosses Europe's highest vineyard with its steep slopes and golden grapes...

Manage Cookie Consent
To provide the best experience, we use technologies like cookies to store and/or access device information. Consenting to these technologies will allow us to process data such as browsing behavior or unique IDs on this site. Not consenting or withdrawing consent may adversely affect certain features and functions.
Manage options Manage services Manage vendors Read more about these purposes
View Preferences
{title} {title} {title}
251 Shares
Share192
Tweet3
Share10
Pin46
WhatsApp