For a few years now, Switzerland has been getting more attention than usual. Unfortunately, it has often been for political reasons.

All three initiatives won with a slight margin over the "no" vote. Many more right leaning parties across Europe have embraced the Swiss way of doing things, while the more liberal ones have turned to labeling the Alpine Nation as a country of xenophobes.

Living in Switzerland, I do not believe that this is a country of right-radicals or xenophobes. And though the rightwing Swiss People's Party (SVP) likes to conjure up the image of the evil foreigner, they do so to get political attention.

At the moment, the unfortunate thing is that the SVP do a good job at getting attention. And as Arthur Rutishauser, editor-in-chief at the SonntagsZeitung, wrote, the problem in Swiss politics is that the discussion surrounding foreign nationals is the only topic that seems to get anyone's attention.

Marathon Sprachen is the language school I started with my friend AnneMarie in 2009. Last year, we started getting media attention for the work we do with expats.

I noticed that the story surrounding the much talked about Ausländer (foreigner) rarely treated them as individuals, but always as part of a collective. This was not good enough to me as I dislike making generalizations, so I came up with the idea of Marathon Gespräche: A conversation series with foreign nationals living in Switzerland.

The series is in German and subtitled in English. The goal of the series is two fold: First, to give people who have moved to Switzerland (or are moving here) valuable firsthand information on the integration process and life in Switzerland.

Secondly, to show Swiss viewers that many people are trying to do their best at integrating by learning German and being active members of their new community.

After months of planning and working out our ideas, we filmed the first episode of what we hope will turn into a series of 10+ episodes. The filming and editing was done by Single Cask Studios, a new marketing and advertising agency in Zurich in which I am involved.

Our first guest, Edvin Ramić from Slovenia, had great insights into integration in Switzerland and was the perfect conversation partner. He helped us establish exactly what we wanted - a positive tone to the conversation that puts individuals at the forefront (as opposed to collective titles).

Watch our first episode below and meet Edvin:

We need your support

We will need two things for this series to take off: Funding and conversation partners. If you or your company believe in this series and the message we are trying to convey, please make a donation or contact us to see how we can work together.

If you have a great integration story to share and feel comfortable doing it in German (it does not have to be perfect), we would love to hear from you and arrange a time to film.

Filming generally takes three hours for about 7 to 10 minutes of footage. Without being a simple question and answer session, we would like to know where you are from, how long you have been in Switzerland, your motivation for coming here and stories of success and hardship with your transition to life in Switzerland. Most Americans relate Switzerland to clever knives, Heidi, and secret bank vaults, but there’s a lot more the Swiss can teach us about how they achieve such a high quality of life... 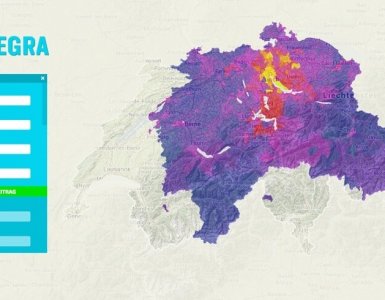 At the core of the new Swiss dialect locator is a map of Switzerland. All 3200 Swiss cities and towns are represented...

Manage Cookie Consent
To provide the best experience, we use technologies like cookies to store and/or access device information. Consenting to these technologies will allow us to process data such as browsing behavior or unique IDs on this site. Not consenting or withdrawing consent may adversely affect certain features and functions.
Manage options Manage services Manage vendors Read more about these purposes
View Preferences
{title} {title} {title}
209 Shares
Share113
Tweet15
Share81
Pin
WhatsApp