Hansjörg is a rubbish inspector. He fastidiously ensures that everyone abides by the rules. Meanwhile, he is in pursuit of an unidentified transgressor who has been disposing garbage bags illegally for weeks.

Hansjörg is secretly in love with Lily, but his life is turned completely upside down when he discovers that the culprit is Lily’s daughter Emma. He issues Lily a fine and begins to court her, but to no avail. Hansjörg has no idea that Emma has broken the law out of sheer necessity because her mother Lily is a compulsive hoarder, with tons of rubbish and junk in her home. It’s hard to believe that Swiss offbeat stars such as Bruno Cathomas and Johanna Bantzer actually may fall in love in a believable way. But director Pierre Monard manages the task brilliantly. First time actress Luna Dutli (14) is a natural talent as well.

Not often can one see a Swiss director not only interested in the story, but also in visual storytelling. But since Pierre Monard has a background as a advertisement and music video director, he certainly has an eye for colorful images.

"Recycling Lily" is a vibrant movie unlike anything that has ever been seen before in the Swiss movie industry.

"Recycling Lily" may not go very deep in terms of storyline, but it is a delight of a movie from the beginning to the end: A well acted, well produced and highly entertaining feel good comedy made for a big audience. They are eager to make it big by writing a script for a Hollywood blockbuster. But life in Los Angeles for the two Swiss expatriates is... 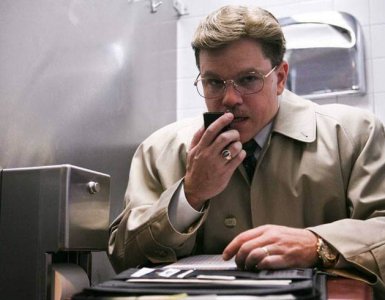 There are different ways to painting a picture. In “Reisen ins Landesinnere – Reportagen aus der Schweiz“, Guido Mingels has skipped the broad brushes of stereotypes in lieu of many small and detailed ones...

Manage Cookie Consent
To provide the best experience, we use technologies like cookies to store and/or access device information. Consenting to these technologies will allow us to process data such as browsing behavior or unique IDs on this site. Not consenting or withdrawing consent may adversely affect certain features and functions.
Manage options Manage services Manage vendors Read more about these purposes
View Preferences
{title} {title} {title}
14 Shares
Share14
Tweet
Share
Pin
WhatsApp