Some nostalgic thoughts about ski lifts

Having recently spent a day skiing in the Swiss Alps, it occurred to me how drastically technology has changed since my childhood.

Most traditional ski lifts have now been replaced by high-speed chairlifts with a throughput of as many as 4000 passengers per hour.

While this sounds like a revolution at the time, not everyone was equally amused. Religious-minded people regarded T-bar ski lifts as "flirting aids", an existential threat to monogamy. But T-bar ski lifts were a boost for winter tourism, often being used as a USP for hotels nearby a lift.

I still remember how the ski lift operator would hand me the T-bar, holding a cigar in his other hand. And how the "Ländler" folk music would blare from a radio nearby. I remember the small conversations with my grandfather, or with random strangers, on the way to the top. And sometimes, the lift would stop halfway because of teenagers horsing around and falling off their T-bars...

For the most part, this is history now. The latest chairlifts feature  eight seats, go at insane speeds, and are plastered with advertisements for local hotels and bars. Privacy is pretty much a thing of the past, as you have to share your ride with all these strangers eavesdropping on your conversations.

I wonder how much longer it will take for the iLift, a Google-powered touchscreen informing about slope conditions while delivering ads for sunscreen! Maybe it helps to get over the drawbacks and accept these technological marvels for what they are, as your butt is now being kept nice and toasty on the way to the top...

A classic Swiss comedy clip about a T-bar ski lift:

Please share your memories about T-bar ski lifts in the comments! A Primer on Shopping and Sightseeing in Konstanz (Germany)

The Lake Constance region has much to offer to Swiss (and non-Swiss) visitors. Swimming, sailing, water sports... 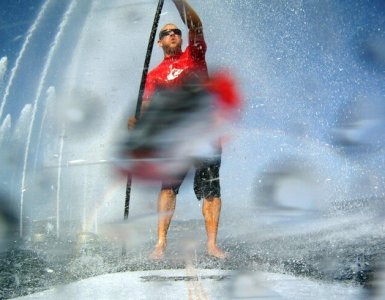 In 2008, a Swiss guy visited Maui and had a new vision of water sports in Switzerland: Stand Up Paddle Surfing (SUP)... It's this time of the year when days get shorter. Perfect to hop on a train and enjoy advent in St. Gallen! The city of 700 stars awaits you with...

Manage Cookie Consent
To provide the best experience, we use technologies like cookies to store and/or access device information. Consenting to these technologies will allow us to process data such as browsing behavior or unique IDs on this site. Not consenting or withdrawing consent may adversely affect certain features and functions.
Manage options Manage services Manage vendors Read more about these purposes
View Preferences
{title} {title} {title}
181 Shares
Share42
Tweet
Share
Pin139
WhatsApp