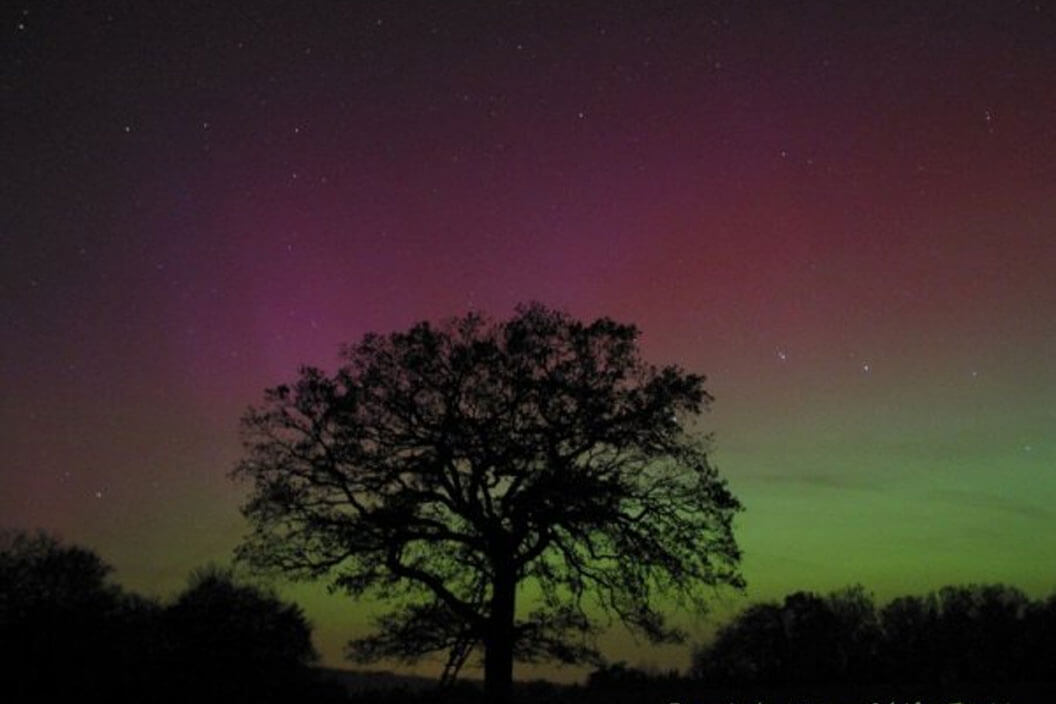 Northern lights in Switzerland: they are real.

I could not believe my eyes when I recently read an article about the aurora borealis. They are called "northern lights" because the colorful streaks are mostly visible in the northernmost spots on the planet, closest to the Earth's magnetic pole. But when the stars align, northern lights will pop up in lower latitudes as far south as Switzerland.

Truly, I had no idea that this natural spectacle was visible in Switzerland! I thought that this solar phenomenon was limited to the northernmost European countries.

When to see the northern lights in Switzerland?

Spring and autumn are ideal seasons to spot the northern lights in Switzerland. As such, March and September are ideal months.

There are two solar occurrences that are the basis for the creation of northern lights:

The latest year on record with lots of sightings is 2000. It has been predicted that the years 2025 to 2028 will have high solar activity, thus increasing our chances to see this phenomenon in Switzerland.

This website lists the most current northern lights sightings in Germany, while this website also covers Switzerland and Austria.

And where to see them?

In Switzerland, northern light sightings are infrequent and are witnessed purely by chance. It is nearly impossible to predict their appearance, as is the case in the north.

In times of maximum solar activity, you can increase your chances by staying in a dark spot with no light pollution. Either way, you will need an unobstructed view of the northern sky.

You will know that you are watching the northern lights, as opposed to illuminated clouds, if the colors are in motion. Some patterns are isolated spots, while others are vertical beams of light.

Although not quite as magnificent as in Scandinavia or Canada, having the chance to stare at this unique phenomenon might be a once-in-a-lifetime experience.

This northern lights projector is a Bluetooth speaker, sleep aid machine, and night light in one!

In Switzerland, one of the preeminent northern lights photographers is Heiko Rodde. Over the years, Rodde has captured numerous beautiful aurora borealis dancing above the Swiss skies.


Photographer Harald Wochner took a series of pictures near Lake Constance in 2004. All photographs are copyrighted by Harald Wochner. How to decode the colors of the northern lights

Blue, purple, red, and green: each color of the northern lights has a meaning, providing insights about the altitude at which the phenomenon occurs.

If you wish to share your sightings, don't be shy and light up our night sky!

Switzerland certainly boasts some bizarre traditions, but one of the most cruel ones has to be the Böögg Bonfire during Sechseläuten (for the Böögg, that is). Every year, the various guilds from the city of Zürich... Although the Swiss Confederation was founded more than 700 years ago, the Swiss National Day has only been around for about the last century. It commemorates an event back in 1291, when the three original states Uri...

The Swiss way of “hanging out” (in a suspended hot tub)

Manage Cookie Consent
To provide the best experience, we use technologies like cookies to store and/or access device information. Consenting to these technologies will allow us to process data such as browsing behavior or unique IDs on this site. Not consenting or withdrawing consent may adversely affect certain features and functions.
Manage options Manage services Manage vendors Read more about these purposes
View Preferences
{title} {title} {title}
60 Shares
Share32
Tweet1
Share
Pin27
WhatsApp