Counting the Cows of Switzerland

Which Swiss canton has the most cows? Or maybe you’ve wondered if any canton has more cows than people? It certainly looks that way sometimes when I’m travelling through the Swiss countryside - where cows seem to get in almost every photograph.

The answers to those two questions are Canton Bern, and no (but Appenzell Innerrhoden comes close).

At this point, you’re thinking that I spend my spare time out in the fields counting cows, but luckily I didn’t have to go that far when researching Swisscellany: Facts & Figures about Switzerland. The Swiss Famers’ Union had already done the counting for me.

As a whole, Switzerland has 1.59 million cows, or one for every five people. The top five cantons, in terms of the bovine population, are: Geneva trails way behind with 2'621 cows, though I was surprised it had that many! But it’s Appenzell Innerrhoden that wins the real prize: With 15'688 people and 14'956 cows, it’s almost 1:1! This must mean that each cow is personally looked after...

Compiling a book of curious and quirky, statistical and historical, intriguing and interesting facts about one country was certainly a challenge. But it was also revealing and entertaining. How else could I now know that
- an average Swiss person eats 18.2 kg of yoghurt each year?
- the first parking meters in Europe were installed in Basel in 1952?
- nowhere in Switzerland is more than 69 km from the national border?

Some of my favourite facts are a bit morbid: Only one Federal Councillor has committed suicide in office (Fridolin Anderwert on Christmas Day 1880).

Other facts are completely trivial: Zürich is the community with the most hotel beds (12'546).

And yet others are just fun: James Bond’s mother was Swiss, Switzerland won gold for architecture at the 1912 Olympic Games, and there are actually places called Misery, Apples and Moron!

So if you have ever asked yourself what the tallest building, largest community, longest river, highest point of each canton, or best-selling record in Switzerland is, then my book Swisscellany answers all those (and more).

So, which three words remind you of Switzerland?

Diccon is a successful author, occasional radio guest, member of the swissinfo public council and permanent British expat in Switzerland. 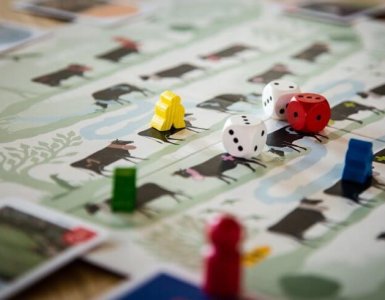 Do you know the names of the various Swiss courts? Helvetiq is an ingenious board game with quiz questions about Swiss history, politics, culture, sports... 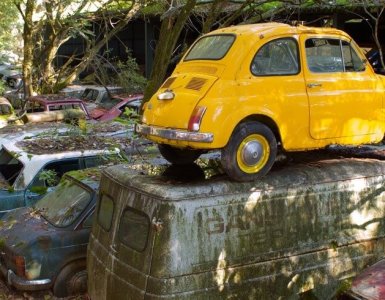 There is a car for every two Swiss. Up until 2009, Kaufdorf in the canton of Bern used to push that average up by much because of their vintage junk yard...

Stereotyping the Legend of Wilhelm Tell

Manage Cookie Consent
To provide the best experience, we use technologies like cookies to store and/or access device information. Consenting to these technologies will allow us to process data such as browsing behavior or unique IDs on this site. Not consenting or withdrawing consent may adversely affect certain features and functions.
Manage options Manage services Manage vendors Read more about these purposes
View Preferences
{title} {title} {title}
3 Shares
Share
Tweet2
Share
Pin1
WhatsApp