I grew up in a religious home where the original story of Christmas was instilled in us.

Meanwhile, Santa Claus was a fun symbol of gift-giving and holiday cheer, a jolly man who would crawl down your chimney on Christmas Eve and leave you presents and fatty snacks. Santa’s visit would occur in the late hours of December 24, and we would spend Christmas Eve eating lots of food, listening to Christmas songs, and watching Home Alone reruns on TV. We would go to bed, wake up and find our presents from Santa neatly tucked under the Christmas tree. Then, off to church we went to celebrate Jesus’ birthday.

I assumed that these traditions were more or less the same here in Switzerland. Boy, how wrong I was! Here are five ways in which Swiss Christmas traditions are unique:

Santa Claus is known as Samichlaus in the German-speaking parts of Switzerland and Père Noël in the French parts and is based directly on a 4th century Bishop who lived in an old city called Patara, which was located in present-day Turkey. This bishop died on December 6 and became St. Nicholas, and the day of his death became known as St. Nicholas Day.

So in Switzerland, Samichlaus comes to town on December 6 as opposed to December 24. Samichlaus is also a skinnier version of Santa and hands out healthy snacks to children, such as mandarin oranges, nuts, and gingerbread. It all sounds innocent enough so far, right? So, here is good old Samichlaus, walking around handing out delicious healthy snacks (which in this day and age are probably also organic and gluten-free) to kids who have been good.

But wait, who's that other guy in the black robe?

This is where the sinister part of the Swiss Christmas story comes into play, in the form of Samichlaus’ sidekick named Schmutzli. His name comes from the German word Schmutz, meaning dirt, which I guess explains his disheveled and unhygienic appearance.

What is his role in these festivities? Back in the day, Schmutzli's job was to play bad cop to Samichlaus’ good cop. Just like in our version of Christmas, only good kids deserve treats from Santa while naughty kids receive a lump of coal.

Well, the Swiss took things one step further by having a sinister-looking man come out of the woods to dole out punishment to children who have not lived up to society’s standards of what children should be like (nothing short of angelic, I suppose?).

Old-school Schmutzli would walk around carrying a stick made of twigs and an empty sack, used for kidnapping unruly kids and carrying them off into the forest for a good old whipping.

These days, however, his appearance and role have been toned down quite a bit, and he can be seen handing out snacks to children instead of threatening to beat them.

Instead of reindeer and a sleigh, Samichlaus and Schmutzli travel with a donkey in tow, carrying gifts on its back. Since the Swiss are very mindful of nature and animals, there are strict regulations in place as to how much weight donkeys are allowed to carry, which is set to a maximum of 90 kilos each.

There are even official council-run websites where people can "hire" registered donkeys for around 70 francs per hour.

Candle dipping is a thing in Switzerland.

Kerzenziehen (candle dipping) is a popular Swiss Christmas tradition for families. Every year from early November until the week just before Christmas, small halls and tents are set up around Switzerland for such events. There, people can make their own candles by dipping a wick into tubs of hot, molten bee's wax which comes in different colors.

It is a fun activity for both children and adults as they have full creative freedom over how they want their candles to look. (But it does take a fair amount of patience.) Finished candles are paid for by weight, with proceeds being mostly donated to charity. Handmade candles make for nice decorations, and it is said that they last much longer if they are stored for some years before use.

In the end, Christkindli and Père Noël bear all the gifts.

In the Swiss German-speaking part, Christkindli, literally "Christ Child", is responsible for delivering presents to children on Christmas Eve. There is some confusion as to whether Christkindli is supposed to be Baby Jesus or rather just a cherub-faced angel.

A bell is secretly rung by one of the adults in the family during Christmas Eve celebrations, which marks the arrival of Christkindli. At this point, upon hearing the bell, children run into their bedrooms so that Christkindli can deliver their presents. When the children are summoned back into the living room, their Christmas gifts are sitting under the Christmas tree and everyone sings a few Christmas hymns together before exchanging presents.

In the French-speaking part of Switzerland, it is good old Santa, called Père Noël, who brings presents on Christmas Eve.

So, there you have it. Swissmas traditions are completely different to those we have in other countries but it would be pretty boring if everyone celebrated exactly the same way. No matter how you’re celebrating the holidays this year, we wish you all a safe and happy Christmas and a "guete Rutsch" into the New Year! What it’s like inside Switzerland’s German and Italian enclaves

Switzerland is a land-locked country. And despite the small size of the country, two foreign territories are actually locked inside: A German and Italian... 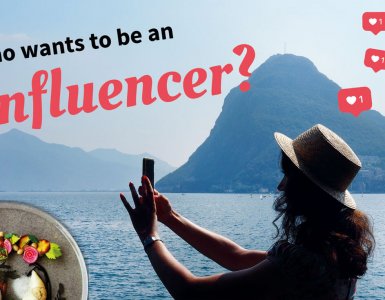 Casting call: Who wants to be an INFLUENCER? ✰ Apply now!

Guys and girls, win an amazing experience in Ticino, courtesy of Ticino Tourism and Newly Swissed! It's valued at CHF 5400...

Manage Cookie Consent
To provide the best experience, we use technologies like cookies to store and/or access device information. Consenting to these technologies will allow us to process data such as browsing behavior or unique IDs on this site. Not consenting or withdrawing consent may adversely affect certain features and functions.
Manage options Manage services Manage vendors Read more about these purposes
View Preferences
{title} {title} {title}
2K Shares
Share2K
Tweet14
Share1
Pin35
WhatsApp