Die Schweizermacher is a classic Swiss movie about the bureaucracy of naturalization.

In the movie, it appears over the top how the two agents go about their task in a diligent Swiss manner. But who would have thought that the plot from this 1978 flick is still alive in today's world? Recently, the case of a 25 year old female resident has surfaced in the media. Despite having spent her entire life in Switzerland, having attended the Swiss school system and speaking fluent dialect, Mrs. Yilmaz was denied Swiss citizenship. How could it be that someone who is practically Swiss can fail the test?

The Oltner Tagblatt has published the full transcript of a recent naturalization case.

Here are some excerpts from the transcript between the naturalization agent and Mrs. Yilmaz - freely translated into English:

Agent: "Have you ever considered working for a company abroad for a few months?"

Mrs. Yilmaz: "Not really, no. I have thought about attending a language program, but it has never worked out. And it has nothing to do with my career. I have never considered working abroad."

Mrs. Yilmaz: "No, I am not in a club but I work out, go out on weekends, go to the movies or to have a drink. When it is nice out, I hang out by the Aare river."

Agent: "What kind of workout do you do? And is this at the gym?"

Mrs. Yilmaz: "I am into pole fitness, and I practice at the gym."

Agent: "What do you consider to be typically Swiss?"

Mrs. Yilmaz: "The Alps - they are known around the world... And chocolate. Toblerone. Chocolate is pretty well know."

Agent: "How about some typical Swiss sports?"

Mrs. Yilmaz: "I can't quite remember the name... Chlausklopfen." (Chlauschlöpfen is a regional Christmas tradition where Mrs. Yilmaz lives.)

Agent: "Chlauschlöpfen. Yes, that's a regional tradition. But how about a typical type of sport?"

Mrs. Yilmaz: "Skiing, but that's pretty common elsewhere, too."
Agent: "I was thinking Schwingen and Hornussen."

Agent: "You like to go on day trips. Where would you take a visitor?"

She: "It depends on the season. During spring and summer, I would take them to Lake Lucerne or to the sights in Lucerne. During winter, maybe Engelberg to ride a snowmobile or to go sledding."

Mrs. Yilmaz: "I'd go towards Geneva. It's very beautiful there."

Agent: "You mean the city of Geneva, or the region?"

Mrs. Yilmaz: "The Geneva region, actually. I have been there and liked it. Or Lake Cauma, which is also beautiful."

Agent: "What would it mean to you if you gained the Swiss passport?"

Mrs. Yilmaz: "Not much would change. I was born here and don't know another life. The only thing would be my participation in elections. Everything else would remain the same."

Agent: "What would it mean to you if you did not get it?"

Mrs. Yilmaz: "It's not the end of the world. I would try it again at a later time."

Based on this interview, the immigration department of the town of Buchs denied the request for citizenship.

In their assessment, they criticized the applicant's lack of knowledge about the different recycling stations in her town, or the fact that she shops at large grocers as opposed to mom and pop shops.

It is not lost on many observers, the immigration department on the cantonal level and the news media across the globe that some of the questions were too personal and intimidating.

In my opinion, naturalization decisions should come down to this: Switzerland cannot expect immigrants to live a Swiss lifestyle by adopting Swiss customs that even many Swiss ignore. But they can expect applicants to know basics about geography, history, language, traditions and social etiquette.

Mrs. Yilmaz has since appealed the decision and is awaiting a response about her fate. The day I commuted to work by boat. Across a national border. For “free.”

Here are two facts about Switzerland: As a small, landlocked country, it has plenty of borders. And it is public transport heaven... 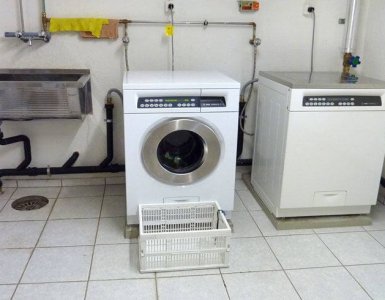 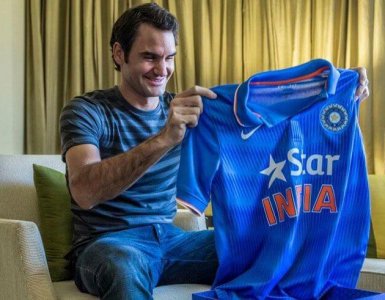 On the day of the India vs. Pakistan World Cup clash, Roger Federer was shown holding a "Team India" cricket shirt...