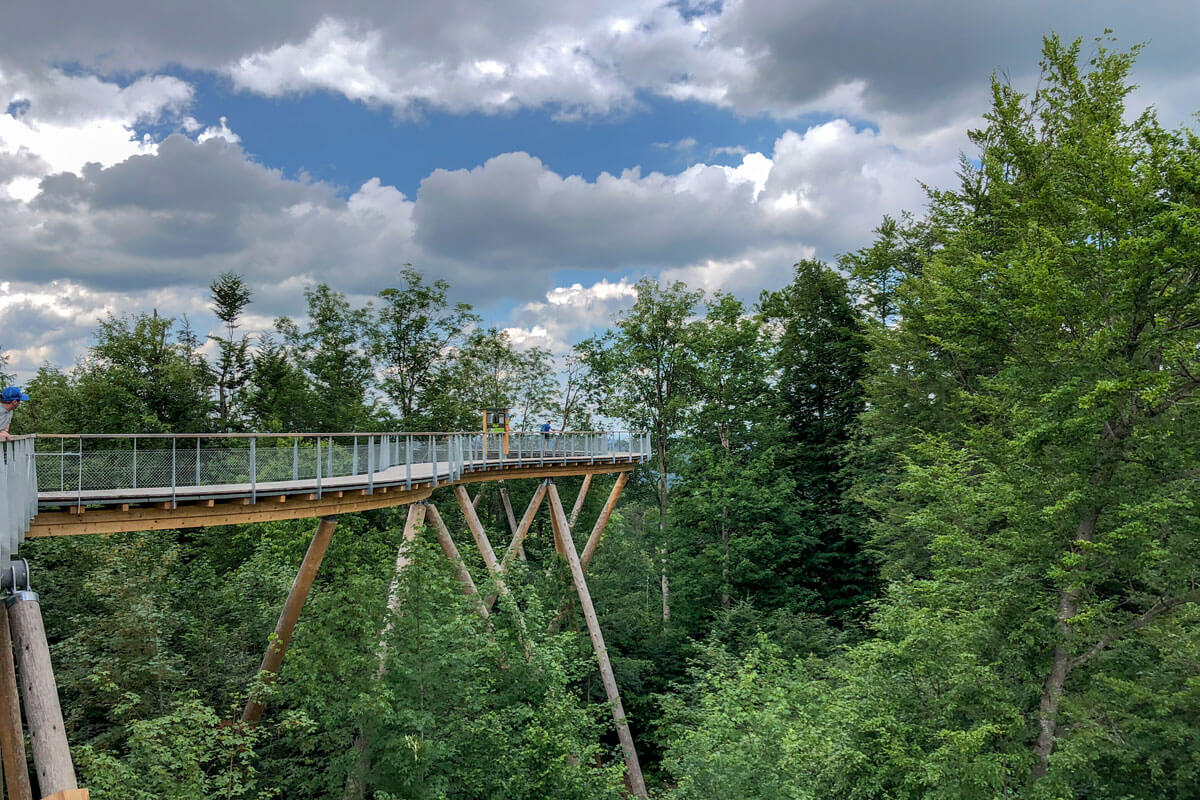 This is the story of how an investment into new infrastructure is putting the small town of Mogelsberg (pop. 2000) onto the map as a travel destination.

As traveling becomes less expensive and more accessible, people tend to congregate more extensively in select places. Hence, Zürich has become Switzerland’s number one travel destination. However, the nature and beauty that Switzerland advertises are not found in its cities. On the one hand, this travel trend causes adverse effects such as overcrowding. Yet, it also provides a stimulus for less serviced areas to invest in their infrastructure and offerings to attract tourists.

The story starts at the Kronenberg Museum in Tyrol

Clearly, there is a market for offering something new or original. And the two are not necessarily the same. Last year, my girlfriend and I followed world-famous mountaineer, Reinhold Messner, around Southern Tyrol as he gave lectures at two of his six mountain museums.

During Messmer’s talk at his Kronenberg Museum, designed by the late Zaha Hadid, he explained the origin of the building’s unique structure which is built into the mountain and creates a balcony off of the face. The original idea proposed by the Kronenberg Bergbahnen was a platform jutting out of the mountain. Messner was not a fan of the concept as it had been done on many mountains and canyons. Think of the First Cliff Walk in Grindelwald or the Grand Canyon Skywalk. Typical of Messner’s modus operandi, originality trumps the tried and tested.

Back in Switzerland, different regions and communes are seeking to capitalize on the flood of tourists and Instagramers itching to be one of the first to a new attraction. This year, Mogelsberg, a small and off-the-beaten-track town in the Toggenburg region of Canton St. Gallen, opened up a treetop walkway, a.k.a. canopy walkway (Baumwipfelpfad). The idea is not new as these have been built from Denmark to New Zealand; however, it is Switzerland’s first. Its differentiating quality is that it is uniquely Swiss. Instead of a snack booth or restaurant on the walkway, there is a small shop offering local sausages and the famous Swiss Bürli buns. Visitors are invited to picnic and roast their own sausages at one of the several Rotary Club-sponsored grill stations. There is an extensive playground under the canopy walkway. Also, a forest path underneath the walkway, allowing visitors to see the forest from below and above. The information plaques are available in German, French, Italian, and English. Clearly, the organizers of the Kollektiv Nordost from Waldstatt, Appenzell thought about the visitors that their structure would attract.

The platform is built on top of a hill. With its gently winding curves, it takes visitors from the forest floor through the different layers of the tree canopy. At one point, the walkway jettisons out over the trees below. Granted, there are many zip-lines and high-line adventure parks in Switzerland that also bring people up off the forest floor and into the deciduous and coniferous canopies of Switzerland’s alpine forests. But the Baumwipfelpfad is a barrier-free path that allows people in wheelchairs and parents with strollers to experience the forest like never before.

The informational plaques provide insights into different elements of the forest, from the different types of trees to the wildlife that inhabits the woodlands and the economic and environmental significance of forests.

While walking around the 513 meters long elevated path and reading the information at the different stations, which also have an experiential element that allows children to better grasp the concepts presented, I could not help but think that some of tomorrow’s foresters, ecologists, and other scientists will find their inspiration here.

It will be a little girl mesmerized by tree rings she sees in Mogelsberg who will grow up to further study the effects of climate change and the need to protect our forests and the fauna that inhabits them. The Baumwipfelpfad in Mogelsberg is an example of how relatively simple projects can add a great deal of value to a community. This one-of-a-kind walkway in Switzerland is turning the community of Mogelsberg into a tourist destination and hopefully will spur on the rehabilitation of the derelict Restaurant Alpina, which would make for a charming boutique B&B.

For right now, though, a day trip to Mogelsberg with the family is worth it for the inspiration and education. And if you are an Instagrammer, grab your camera and go! Getting there by public transportation is as easy as transferring to the Südostbahn in Uznach (S4) or Wattwil (S8). Just don't forget to request a stop in Mogelsberg and plan on walking about 30 minutes from the station. When the mornings start out with fog, you know that autumn has arrived. Just in time, we have collected some truly unique Swiss autumn experiences... 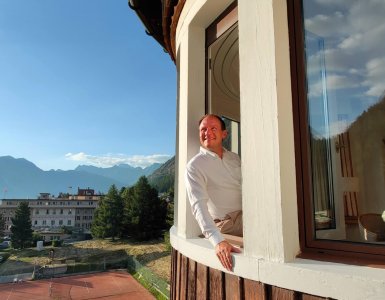 A Relais & Châteaux road trip in Switzerland to copy/paste

Home to majestic peaks and glaciers, the Engadine is mostly unspoilt nature. From here, we start our summer road trip in Switzerland... 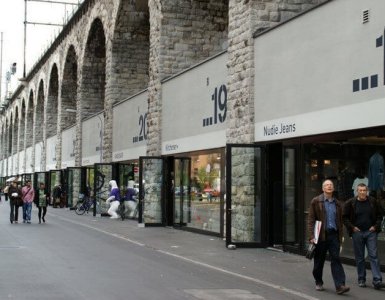 Discovering Zürich West (one designer shop at a time)

This past weekend, we finally decided to leave the familiar parts of Zürich and instead set foot in Zürich West. This previously industrial part...

Here’s how to explore the Mt. Säntis region in style

Manage Cookie Consent
To provide the best experience, we use technologies like cookies to store and/or access device information. Consenting to these technologies will allow us to process data such as browsing behavior or unique IDs on this site. Not consenting or withdrawing consent may adversely affect certain features and functions.
Manage options Manage services Manage vendors Read more about these purposes
View Preferences
{title} {title} {title}
1K Shares
Share653
Tweet13
Share
Pin348
WhatsApp