A Primer on Switzerland’s Tax System How the Swiss tax system works for individuals and companies

Switzerland is a Confederation divided into cantons (states) and communes, all of which work alongside banks, lawyers, companies and consultants to develop and maintain financial and administrative procedures.

Personal taxes are the taxes that every Swiss resident must pay on their income and wealth. The rate of income tax depends on the amount of income and the canton of residence, with maximum tax rates varying between 24 percent and 45 percent. Wealth tax cannot exceed a maximum rate of 1 percent.

Communes within each canton may also charge different tax rates.

Income tax of employed foreigners is usually withheld directly by the employer at a fixed canton-specific tax rate and then, depending on the level of income and canton of residence, a tax return may need to be filed (Quellensteuer).

At that time any additional taxes or refund will be calculated, although there is generally a lengthy delay before any final assessment is issued.

Foreigners who do not have any economic activity inside Switzerland and who have not resided in Switzerland during the previous 10 years may be eligible for lump sum taxation. This means that instead of paying taxes on their worldwide income and wealth, they can negotiate an agreement with the fiscal authorities and pay a fixed amount of taxes every year, calculated on their living expenses in Switzerland.

This system can be interesting for individuals with substantial income, particularly where all or a large part of that income arises outside of Switzerland (at least greater than CHF 500,000 a year). A minimum age is also required; in most cantons it is for those at least 50 or 55 years old.

If a residence permit is granted and lump sum taxation is agreed, the individual is then prevented from taking up employment in Switzerland; therefore this particular situation is most appropriate for retired people. Companies must pay taxes on their net taxable income, the federal tax rate being 8.5 percent and the cantonal tax varying between 12 percent and 20 percent.

At the cantonal level, new foreign companies can often get an exemption from this tax for up to 10 years. At the federal level an exemption may also be possible if the company is established in a region that has economic difficulties. It is recommended to speak with local economic development agencies about tax exemption before creating a company.

Different types of companies can also get their taxes reduced:

Holding company: A company that has a controlling interest in one or more companies through owning stocks or bonds. It normally has reduced or no real commercial activity and therefore does not have to pay tax on the income generated by the participation.

Service company: Provides services to other companies of the same group and therefore has no income. Taxation is based on the company’s expenses in Switzerland. The service company pays normal corporate tax on this deemed income, generally considered to be 5 percent of its operating costs.

Other taxes in Switzerland include:

VAT or value-added tax, currently at a rate of 8 percent

Withholding tax of 35 percent on the interest paid on bank accounts and on dividends and bonds of Swiss companies. This tax may be refundable by declaring it as income on the income tax return or by utilising a double-taxation agreement, as appropriate.

Capital gains tax on Swiss real estate, to be applied only at cantonal level (such gains are not liable at the federal level). The rate of tax depends on the length of ownership of the property; the longer the ownership, the lower the tax rate.

Stamp duty on the incorporation of companies and on certain insurance contracts.

The inheritance/gift tax is also applied only at the cantonal level. Most of the cantons have already abolished, or are in the process of abolishing, this tax for direct heirs such as spouses and children.

Except for real estate, there is generally no capital gains tax on private capital such as stocks and bonds.

(Article courtesy of Expatica, photo courtesy of Toni_V, updated for 2011 in cooperation with Highfield Financial Management

7 reasons for the Zurich Film Festival 2016

September is a great month to be in Zürich. The occasional Hollywood director can be spotted, because it's the season of the Zurich Film Festival... 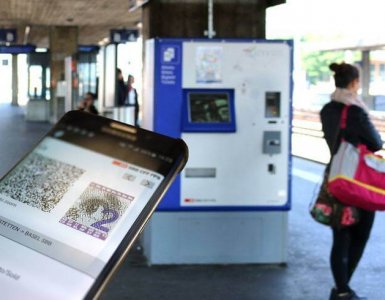 How to Travel Like a Digital Nomad – SBB E-Shift Railshows

In this day and age, it comes to no surprise that digital nomads rely on electronic train tickets. The SBB E-Shift Railshows will surprise commuters... 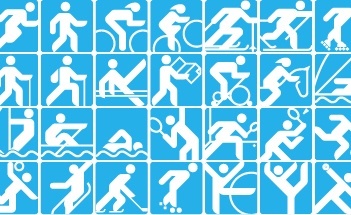 Staying On Top of your Health with dacadoo

It is hard to open a paper or new website without being bombarded by news of the ails of many of the world’s leading economies. Most economists would say that the costs of healthcare are amongst the highest and in most...

Impressions from the Zürich Carnival Parade 2012

Manage Cookie Consent
To provide the best experience, we use technologies like cookies to store and/or access device information. Consenting to these technologies will allow us to process data such as browsing behavior or unique IDs on this site. Not consenting or withdrawing consent may adversely affect certain features and functions.
Manage options Manage services Manage vendors Read more about these purposes
View Preferences
{title} {title} {title}
28 Shares
Share28
Tweet
Share
Pin
WhatsApp