The smell of fondue in the air, music everywhere – be it Schwyzerörgeli, Guggemusig or even Gangnam Style: Visiting the Lauberhorn ski race in the Jungfrau Region was a big party, regardless of the Swiss results.

Growing up in Switzerland, you get into contact with the legendary Lauberhorn ski race early on. With almost 4'500 meters in length, it is the world’s longest downhill ski race. And it has one of the greatest sceneries: The impressive mountains of the Bernese Oberland, including Eiger, Mönch, and Jungfrau. Watching the race on TV every year, our wish to experience it "live" became apparent. So this year, off we went on the day before the race... 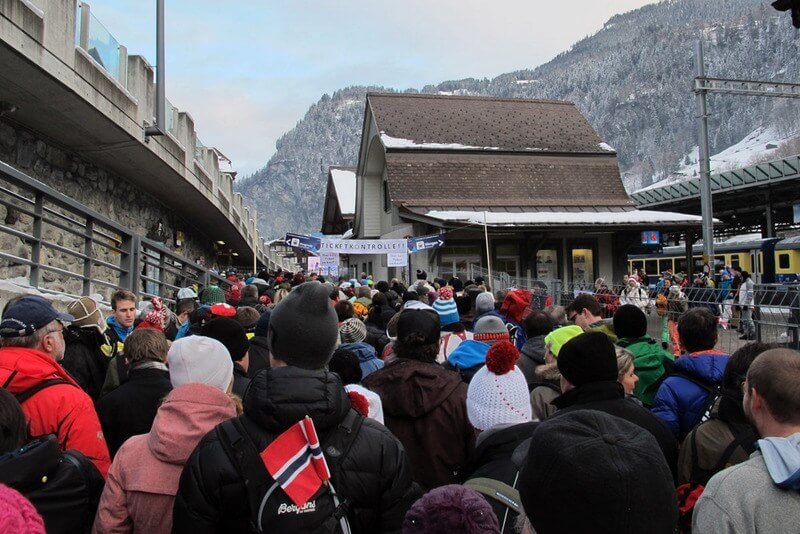 Getting to the Top

Traveling from Interlaken on January 19, we encountered an overcrowded train. Even though it was only 8 AM, more than four hours before the race started... When changing trains in Lauterbrunnen, a big crowd of people was already waiting there. We queued for one hour to get to the connecting train.

But we didn’t mind! Everyone was in a good mood and it was somewhat of a party atmosphere. We heard Schwyzerörgeli music, cow bells of all sizes, and Guggemusig like at the Swiss carnivals. A group of young lads even sang and danced to Gangnam Style. Some passionate ski fans brought supplies of beer and were already drunk by 9 AM...

Just when we thought the train couldn't get any fuller, we learned otherwise after arriving in Wengen. To continue up to Wengernalp, even more people squeezed into the tiny old train of the WAB (Wengernalp-Bahn)!

Right beside me was a guy whose jacket was full of sponsors’ logos. "Are you an athlete?", I asked him. As it turned out, it was no other but Andrej Šporn from Slovenia! I wondered why he had squeezed into this passenger train... "Well, I missed the athlete's train...", he answered. Before we got off the train, I wished him a successful race. (He was ranked 7th after leading for quite a while!) A Sea of Swiss Flags

It was very liberating to be back in the fresh air again. And the weather was extraordinarily sunny, exactly the opposite of the forecast. To watch the race, we chose a hill called Girmschbiel. It was just across the famous Hundschopf passage which the ski racers virtually fly over.

The spectators' hill was already occupied. Music and excited people everywhere, like at a fun fair. We were given Swiss flags and bib numbers from some sponsors. We formed a sea of red and white with all the other fans, waving our flags. When we walked up the hill, some spectators obviously meant business: Some built their own sofas by digging rectangular holes into the snow and covering them with waterproof blankets. Soon, we had to put away our food because we needed our hands for our cameras: The Patrouille Suisse showed a demanding performance with their patriotic jet fighters. They flew very close to the steep Eiger north face, then over our heads with a loud noise, before disappearing behind the hill. Suddenly, the planes rose vertically, just to drop right back down. 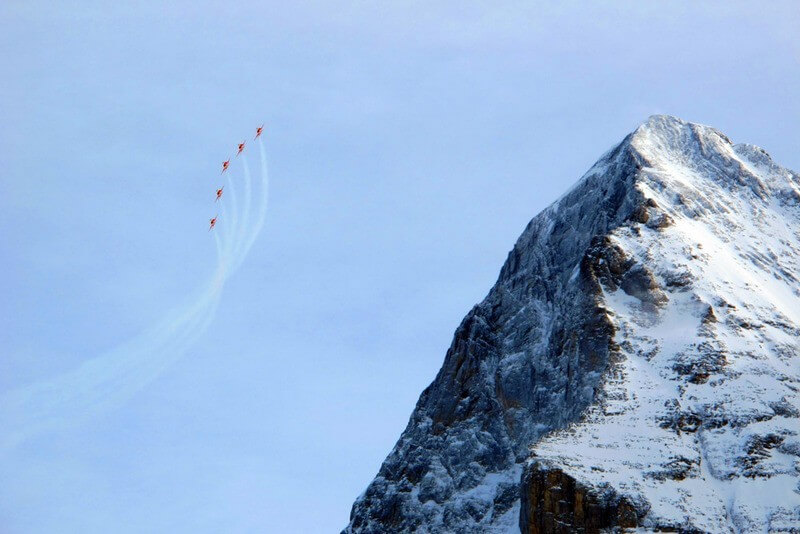 To be honest, the Patrouille Suisse jets were the best Swiss performance of that day: The national ski athletes continued their unspectacular season, reaching ranks 15, 17, 19, 24, 31, and 36. Our biggest hope, Carlo Janka, even dropped out of the race. Rooting for the Swiss like crazy wasn’t of much use, but we enjoyed being there. The positive atmosphere definitely made up for the results of the Swiss athletes... 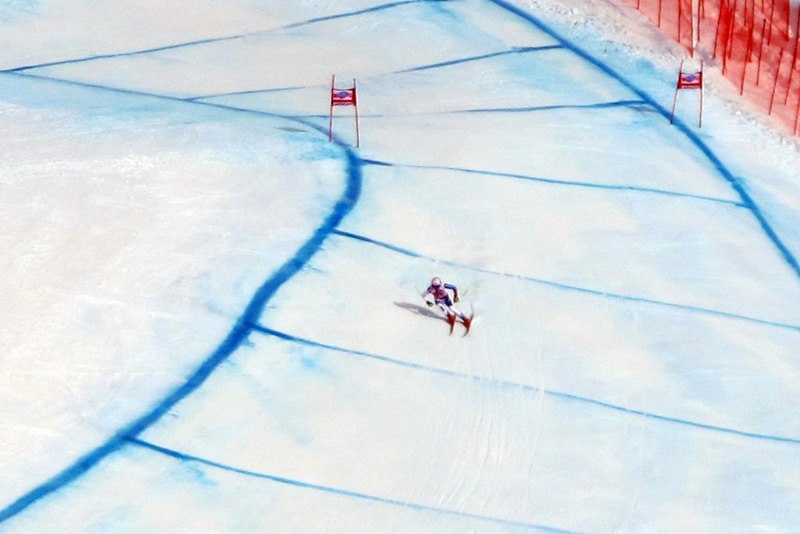 Lauberhorn, we shall return! 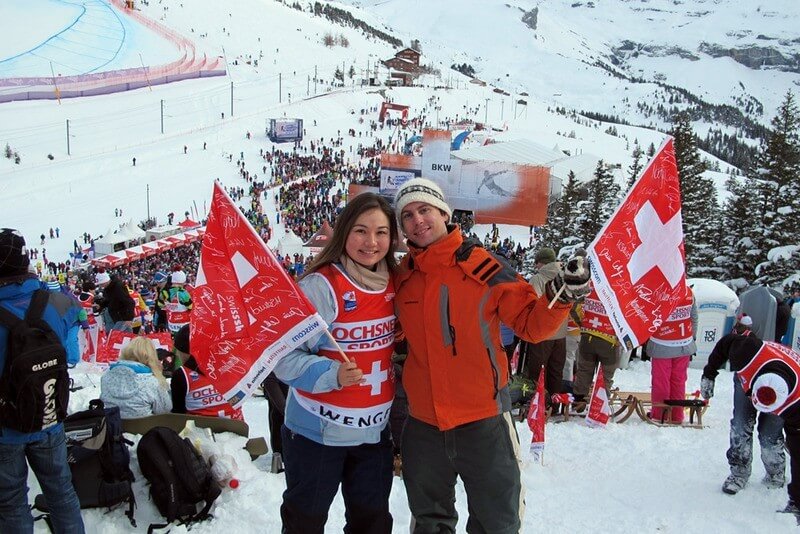 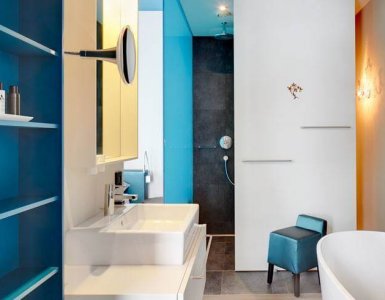 Taking a train to the end of the line always has a special feeling. In Engelberg, I had the pleasure of staying at the Bellevue Terminus, a hotel... 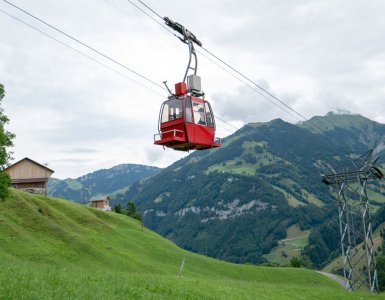 The cable car hike in Engelberg is 100 percent unique

Switzerland holds numerous world records. Did you know that the canton of Nidwalden has more cable cars per capita than any other place on earth? 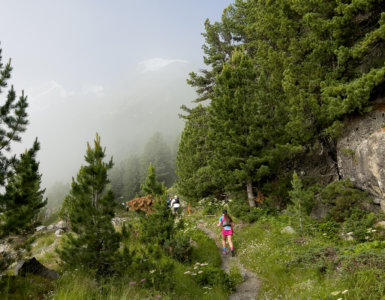 Manage Cookie Consent
To provide the best experience, we use technologies like cookies to store and/or access device information. Consenting to these technologies will allow us to process data such as browsing behavior or unique IDs on this site. Not consenting or withdrawing consent may adversely affect certain features and functions.
Manage options Manage services Manage vendors Read more about these purposes
View Preferences
{title} {title} {title}
1K Shares
Share1K
Tweet14
Share
Pin
WhatsApp