There is this trail with a history dating back to the beginning of the 13th century.

It is a trail that crosses Switzerland from north to south, passing castles, hills, lakes, rivers, bridges and mountains. A trail that merchants had to walk in order to cross Switzerland. It is called ViaGottardo.

I first heard about it when I met Howard Brundrett and his wife Fiona. Dressed in their hiking gear, the couple caught my attention as they were walking down the street on a Sunday morning. I asked what they were up to, so Howard told me that they "decided to start walking this route called ViaGottardo from Basel to Chiasso."

I was immediately hooked on this fantastic idea. On their first day, Howard and Fiona would be walking stage 1 of ViaGottardo from Basel to Liestal, a 24 km trek along hiking path #7. I decided to meet up again and find out more about the couple's project. Tell me Howard, how did it all start?

Howard: I have always wanted to do something along these lines, like walking an interesting route. My wife and I enjoy sports and we wanted to find a common project. I looked up different treks online and found this walk that goes from Basel to Chiasso. We wanted the adventure to start from our doorsteps, so we chose this particular route. I can now claim that I have walked from home across the country. 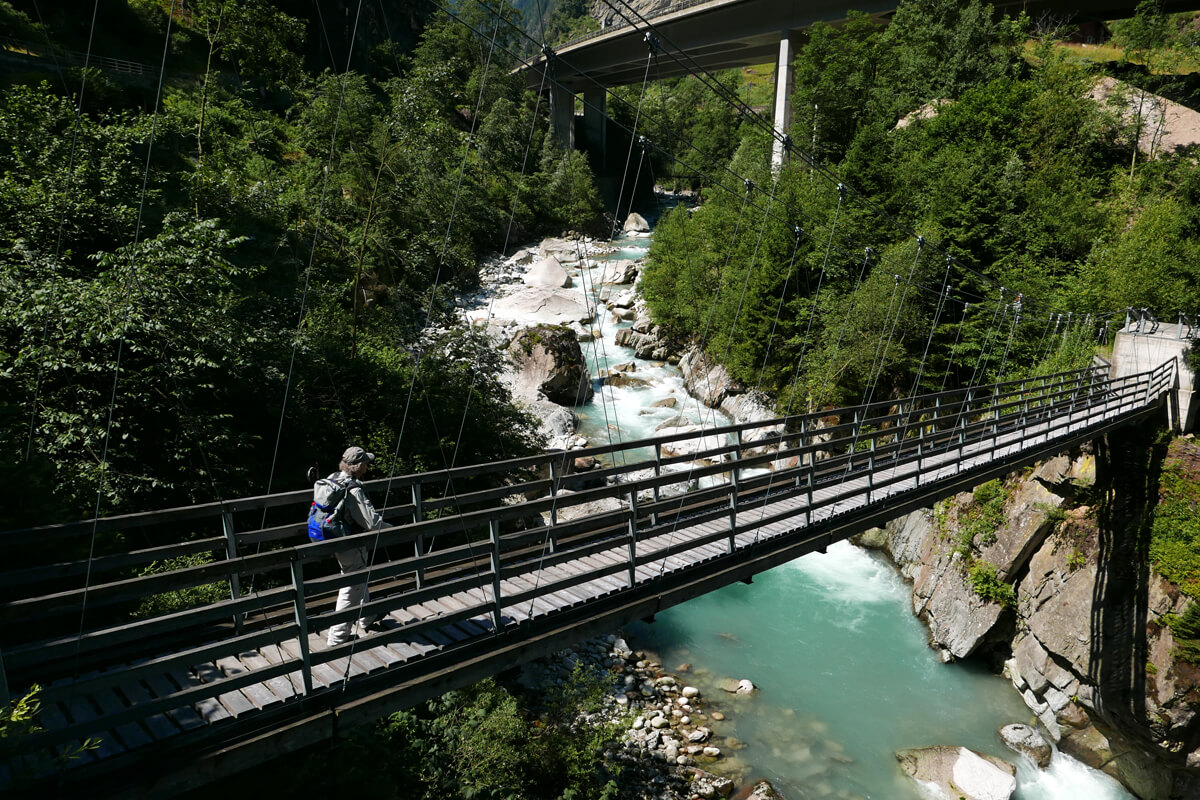 What was the best part?

In short: The fact that we finished ViaGottardo. We even had a “Cüpli” at the end, feeling incredibly happy that we managed to do it!

It took us 18 months and several stages to complete the route. We would usually go during weekends, and doing the entire trek in one go would probably take about three to four weeks. Doing it in smaller segments allowed us to go on all these day trips, plus some overnight stays. We always took the train back and forth. And the further away from Basel we went, the earlier we had to get up... What was the worst part?

There was a stage where we took the wrong route. Instead of walking along a river, we ended up having to walk the most boring bit along the freeway near Erstfeld. Sometimes, the weather can be quite unpredictable in the mountains. There were a few parts with snow at the Gotthard pass, and we were not sure we could carry on. But we advanced in spite of the slippery way and the heavy fog. At some point in the middle of nowhere, we were surprised by a heavy thunderstorm. We managed to hide under a tree for 45 minutes to wait it out. We got drenched, though, and it was quite an experience. The strange thing is that you do not meet many people along this route. There were many people at the Gotthard. But other than this, it was very isolated. What advice do you have for those who want to walk ViaGottardo? Do you have a recommended segment for those who want to do just one part?

That is difficult, because I liked them all. But if I have to choose, my favorite part was from Basel to Liestal (laughing). Maybe because it was the first part of our journey, or because we walked past the city, past a port, Roman ruins, zebras, a youth march and even a guinea pig farm! And we walked through a forest full of wild garlic, all in one day. It is a good appetizer for people who want to try the ViaGottardo. And what's your verdict? Would you recommend ViaGottardo?

Absolutely! The route starts off not very complicated with some short walks along the road. But as you get closer to the mountains, the path gets a bit more difficult - and increasingly beautiful. You get to learn so much about Switzerland, its history and culture, just by walking along this route. There are various landscapes, old and new villages, different Swiss dialects, a variety of delicacies, and sign posts telling the stories of places along the route. There are so many surprises along the way, which makes this route so special. Two years later, we are still very proud to have done this walk. Every time we pass by train or by car, we remember that we walked a specific route. It feels great to have achieved such a goal. The photo book I created during the different stages is a nice reminder which we show to friends and family. I really think Switzerland is a great place to live and this walk made me appreciate being here even more. Switzerland is such a beautiful country, it is like walking inside a postcard. Once you pass the Gotthard and reach Ticino, you feel as if you are in a completely different country and that’s what makes Switzerland so special. Every canton has its charm, its dialect, its landscape and its specialty. Walking this route makes your realize what an incredible country it is. Do you have some hotel recommendations for along the way?

As the stages got farther away from Basel, and the route became more challenging, there was a need to stay overnight in hotels along the way. The Swiss Mobility app recommends hotels along the way, which is very convenient. We stayed in some nice places and some not so nice ones, but the following three were ones we think add value to this historical walk.

For stage 8 from Altdorf to Wassen, we can recommend Hotel Stern und Post in Amsteg. It is one of the historic hotels with beautiful antiques, and even Goethe stayed there during his travels to Switzerland. The hotel is conveniently located directly on the path that leads to Göschenen. And for stage 19 from Morcote to Mendrisio, Hotel Serpiano in Serpiano is the way to go. You will get to enjoy beautiful views of the lake from above. What’s next? Any plans to walk another national route in Switzerland?

We are thinking of walking the Jura Crest Trail. It is route #5 from Dielsdorf to Nyon.

Here is some background information about Howard Brundrett.

Howard Bunrdett was born in England and moved to Switzerland 18 years ago with his wife Fiona. He has been a photographer for over 20 years, specializing in corporate photography. His subjects could be people at work in factories or research labs, all the way to the chairman of the board. Conferences and presentations are part of his work routine.

I met Howard and his wife on the first stage of their adventure two years ago. Their story inspired me to try the same route, always following their lead and asking Howard if there was anything we should look out for on the way. So far, we have made it to the Gotthard (stage 10). We have done half of the route, but we are still motivated to finish our own goal next year.

And some more information about ViaGottardo.

ViaGottardo (Route #7) is a Swiss hiking route that originates in Basel and goes all the way to Chiasso in Ticino. It is composed of 20 stages for a total of 330 km. It is also called the “cultural” route because along the way you cross many small villages, landscapes and historical places that you would otherwise never see if you were taking the car or the train.

Since the Middle Ages, merchants used the Gotthard route to get from the north to the south - and vice versa. Their journey began in Basel (Route 7) or Schaffhausen (Route 77) and continued past the lakes of central Switzerland. From there, the only path to cross the Alps to Italy was ViaGottardo. For solo travelers on a budget, the Swiss Travel Pass may seem expensive at first. Let’s break down whether it’s worth it, and how I used it. 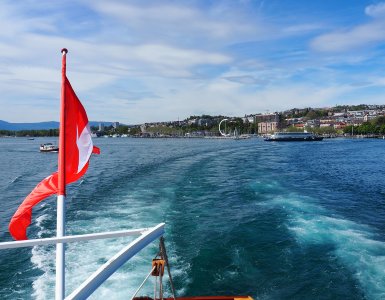 Lausanne: 5 reasons to visit this charming town in 2023

Could Lausanne possibly be the ultimate mid-sized town in Switzerland? From the artsy to the ritzy, we've visited the Olympic Capital to find out.

Manage Cookie Consent
To provide the best experience, we use technologies like cookies to store and/or access device information. Consenting to these technologies will allow us to process data such as browsing behavior or unique IDs on this site. Not consenting or withdrawing consent may adversely affect certain features and functions.
Manage options Manage services Manage vendors Read more about these purposes
View Preferences
{title} {title} {title}
413 Shares
Share353
Tweet1
Share
Pin59
WhatsApp