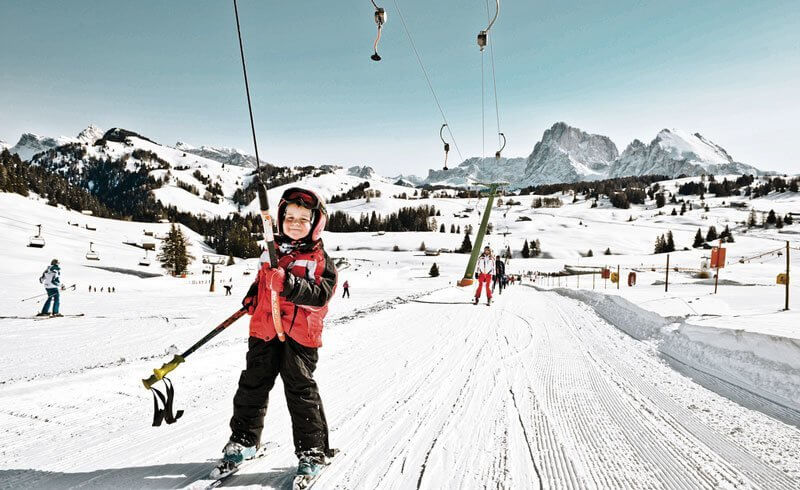 It is not uncommon for Swiss children to learn to ski before they start going to school.

Maybe a few of the parents dream of honing a potential Olympian in their offspring. But more likely, they simply prefer to be able to bring their children along when they hit the slopes for a day.

After all, skiing is a typical family pastime for the Swiss (and for this toddler in the US). This is especially true for many farming families. While they spend the rest of the year tending to their cattle and fields, winter is the time when grazing lands are covered in snow and cattle are safe in the barns.

This season, we have promised our three-year old that he would be starting to ski. Although there are numerous ski resorts that offer week-long ski courses for children from three years and older, there is always the risk of running the kid into a wall by overwhelming him with the new sport.

Going home as frustrated parents with an uninterested child and no refund is not an option.

In order to be safe, we prioritized teaching him ourselves first before sending him off to ski school. For starters, I was always told that building the thigh muscles would be key for skiing to be enjoyable. So pedaling on a bike or even short uphill hikes for a preschooler would be adequate to build strength and avoid a first-try flop.

Fortunately, we have been doing just that in the past year, getting the boy used to walking distances and uphill treks as often as possible. 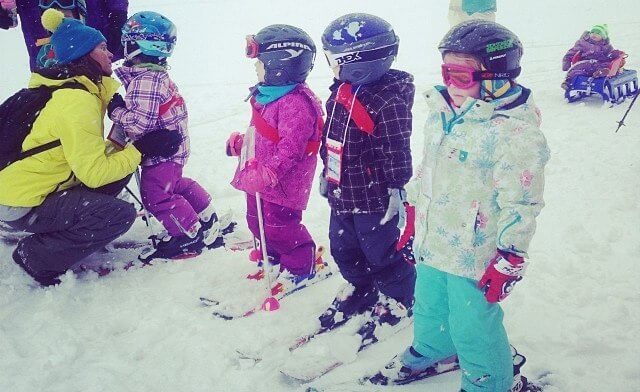 Taking into account the attention span of a three year old, our first session consisted mainly of learning to click into the skis, walking with skis, and eventually releasing the locks to step out.

He managed to walk a few meters on his own. And although he showed no signs of disinterest, after about half an hour, he was already asking to stop and get back in the warm house.

Because we travel with an additional baby in a backpack, taking our skis along was out of the question, for safety reasons. So for our second session, we paired the lesson with a snow-hike in the mountains.

This time, the simulated ski lift was introduced, with no real luck. But he agreed to pull along for a stretch at a time, getting a hang of the speed of sliding along. After a few hundred meters, he opted to walk the rest of the way.

Here is a picture of Kady's girl who's already a queen of the slopes: 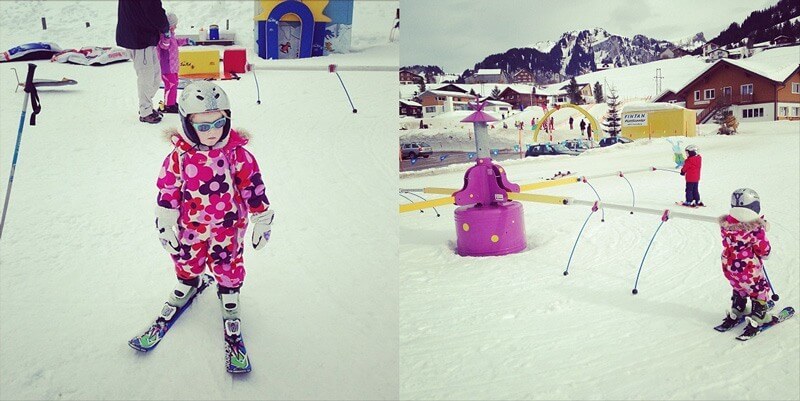 Our little trooper was a good sport. He had been hoping for this for so long now, so it was easy to forget to take it slow and not to push him too hard. By the third lesson, he was learning to steer on his own and with the help of a kids ski village, he was quickly getting acquainted with the speed on the snow.

Seeing other children his size also motivated him naturally - even during instances when he was showing signs of frustration because he could not master the skills instantly. It was easier to show him how to ski when other kids were everywhere around him practicing.

Some may argue that children this young should not be forced into the sport, but others would swear that this is the perfect time to start. But by the looks of it, we are ready for ski school.

Most schools offer five-day courses over an entire week, or single-day lessons as the parents see fit. And no wonder, because in the three sessions alone, without a formal lesson plan, it was apparent how quickly children are able to learn new skills.

Our three year old went from having to be held while walking along, to being able to get in and out of his skis, to skiing through tunnels without falling. It seems only logical that parents opt to introduce this sport at such a young age - children learn so fast!

So do not be surprised when you come to visit one of the many ski resorts all over the country. You will discover little people that only come up to your waist, speeding down the slopes with no fear. Those are the typical Swiss kids making the most of winter.

Take pictures! Who knows, you might be witnessing a future Olympian in the making... Any frequent flyer can name at least a handful of airports with chronic delays, inconvenient ground transportation or smelly carpets in the waiting areas... 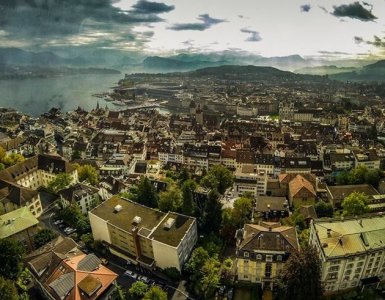 3 things to do at Lake Lucerne on an autumn weekend

I love being in the heart of Switzerland. And Lucerne with its majestic lake and mountains is probably my favorite bit of Switzerland to visit on weekends... Circolino Pipistrello held the permiére of its 2012 circus show on Sunday at its winter camp near Rikon just outside Winterthur. Jo popped into the big top...

Papiliorama is a tropical summer retreat near Bern

Manage Cookie Consent
To provide the best experience, we use technologies like cookies to store and/or access device information. Consenting to these technologies will allow us to process data such as browsing behavior or unique IDs on this site. Not consenting or withdrawing consent may adversely affect certain features and functions.
Manage options Manage services Manage vendors Read more about these purposes
View Preferences
{title} {title} {title}
927 Shares
Share921
Tweet6
Share
Pin
WhatsApp