Zurich Film Festival: What started as a small scale film festival has grown to a major industry event.

As a movie buff, I am very excited to see how Zürich has established itself in the international landscape of film festivals. The numbers speak for themselves: In 2014, the Zurich Film Festival has attracted no less than 79'000 viewers! In the past, Hollywood stars such as Antonio Banderas, Benicio del Toro, Diane Keaton, Richard Gere and Susan Sarandon have already walked down the infamous green carpet in front of Zürich's Corso movie theater.

This year, the organizers are celebrating the 11th anniversary with yet another impressive line-up of 130 titles, curated from all corners of the world. Divided into sections such as "premieres", "special screenings" and "border lines", the cool thing is that the audience gets to cast their vote as well.

Here are 11 reasons to visit the Zurich Film Festival:

The Zurich Film Festival is coming back bigger and better than ever. The Golden Eye is the main award endowed with a CHF 25'000 cash prize. It will soon be looking at us all over the city... 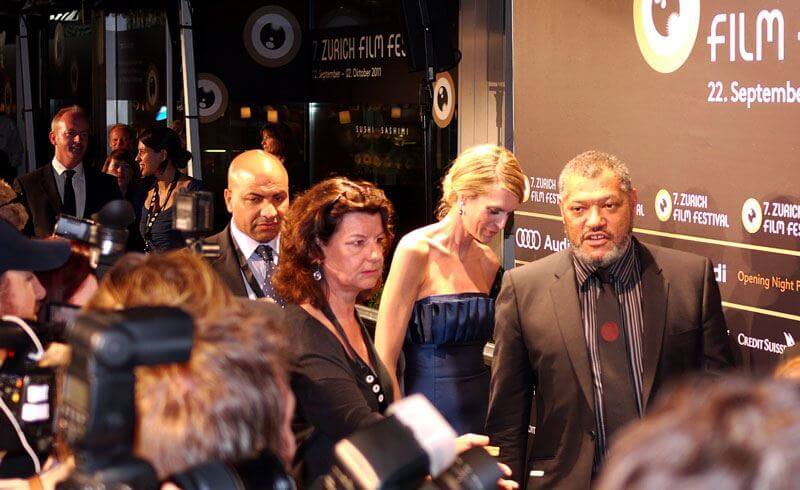 The ZFF feels intimate. Film directors and movie stars appreciate that the Swiss respect their privacy. It is quite common that the stars will take the time for an intimate Q&A session right after a screening. For the festival's opening night on Sept 24, the organizers have attracted the star of "Slumdog Millionaire," Dev Patel. He is starring in "The Man Who Knew Infinity," the much acclaimed biography of India’s mathematical genius Srinivasa Ramanujan. And on Sept 26, get up close with Christoph Waltz, the Bond villain in "Spectre"...

Some 130 films will be screened at cinemas throughout Zürich, including many new releases. Each theater offers a different atmosphere, from the tiny arthouse Le Paris to the large screens at Arena Cinemas or Corso. 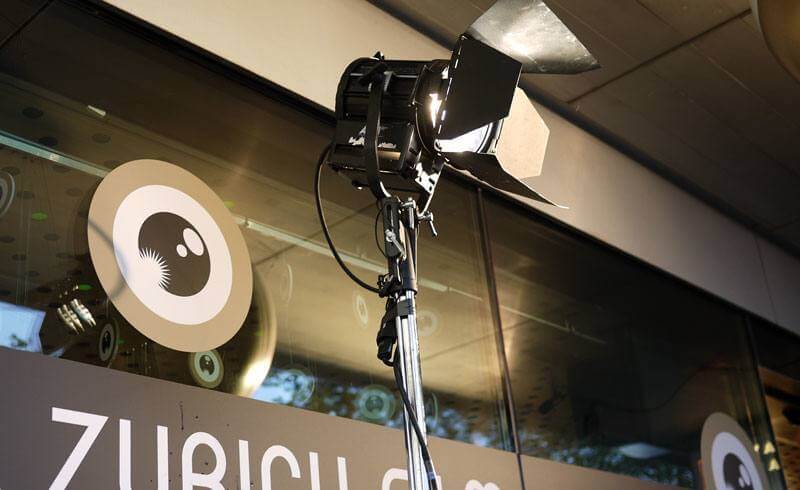 The ZFF headquarters in front of the Corso theater is a perfect ground for inspiration. With all those movie posters, trailers, industry news and partner giveaways, this is where you will find us between movie screenings... Unlimited flicks during the 10 day festival will only set you back 149 francs. The "Festival Pass" is a deal for any movie buff.

Feel the vibes of Hollywood, Cannes and Sundance. Thanks to the ZFF, Zürich will turn into a movie mecca including black limousines, security agents, paparazzi, industry reps, lights, cameras and ACTION!

There is only one Green Carpet. You should have seen the crowd going wild last year when Hugh Jackman went loose and crossed the tram tracks! For several minutes, the star of the X-Men franchise signed autographs and posed for selfies. Who is it going to be this year?

Several promising Swiss films have been announced, including "Dürrenmatt – Eine Liebesgeschichte," a documentary about the famous Swiss author.

Viewers get to cast their votes for the winning motion pictures, too. The voting cards for nominated films are a great conversation piece with friends.

Happy Birthday, ZFF! 2015 was the 11th anniversary, and there is no sign that the organizers are slowing down. But this amazing track record begs one question: When is Zurich Tourism going to install a ZUERIWOOD sign on top of Üetliberg? Hammam Zürich: An escape to the oriental hammam at Fitnesspark

All but twelve minutes is how long it takes from the wintry streets of Zürich’s Old Town from the steamy Turkish Hamam at Münstergasse...

Since Zürich is Switzerland's biggest town, many assume it's also the country's capital. Here are some fascinating facts about Zürich that *are* correct.

Manage Cookie Consent
To provide the best experience, we use technologies like cookies to store and/or access device information. Consenting to these technologies will allow us to process data such as browsing behavior or unique IDs on this site. Not consenting or withdrawing consent may adversely affect certain features and functions.
Manage options Manage services Manage vendors Read more about these purposes
View Preferences
{title} {title} {title}
218 Shares
Share153
Tweet44
Share9
Pin12
WhatsApp