Last night was opening night at the Zurich Film Festival. Even though the carpet in front of the Corso movie theater was green, the celebrities were dressed kind of like in Hollywood... Anyone with a name made it by my camera. But while I did recognize quite a few faces, I barely knew any of their names! So if you recognize someone other than Laurence Fishburne, please leave a comment...

Either way, it was fun carrying a "press pass" to be right there and catch the action! Plus, I got to watch the Swiss premier of Steven Soderbergh's Contagion! Pretty creepy, but I would not agree with IMDB's 7.4/10 rating (possibly a 6/10 though).

Impressions from the Zurich Film Festival: A shoutout to all the Newly Swissed readers! Did you recognize any of these celebrities? Please share... 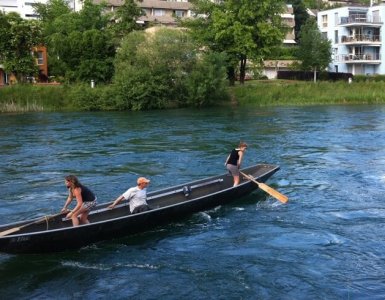 Zürich is in bloom, and if you have still not thrown off your shoes and felt the grass between your toes, you are definitely missing out on something... 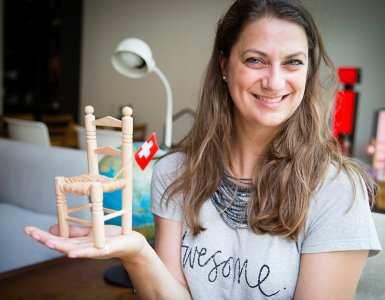 From forestry conservation to creating an easier way for people to buy quality second hand furniture. Meet Kate Bottriell, the founder of ecoChair... Hornussen is one of the most significant national sports of Switzerland.