A powerful new museum in Switzerland sheds light on the past, present, and future of the Glarus Alps. Showcasing fossils and mountaineering culture, the Alpinmuseum Braunwald is a gem waiting to be discovered.

The Alpinmuseum Braunwald opened to the public in October 2021. Located in the tiny, car-free village of Braunwald, which is accessible only by funicular, the museum is the realization of Maya Rhyner. Rhyner, born and raised in Elm, canton Glarus, is also the co-author and photographer of three books about Glarus.

“I got interested in the idea of a museum about the mountains in 2014 when the Glarner Alpbuch was published,” Rhyner told Newly Swissed, “but I’ve always felt great happiness in the Alps. Since the Corona crisis, nature, and the mountains especially, offer us a sign: the Alps are stronger than human beings.”

Millions of years packed into one museum

Following discussions with Dr. Mark Feldmann, a Harvard University-trained geologist who is based in Niederurnen, Rhyner established a focus on the natural history and human involvement in the Glarus Alps.

As such, the small museum is made up of several permanent exhibitions of photography, artifacts, and text.

You begin with the geology of the region. Feldmann’s private collection of fossils and rocks is on display. Glassed-in cases show fossils as old as three million years, and it is through this journey that the authority of what’s seen today is established.

Next is a display of the brave and intrepid few who climb up these mountains: from the first attempt to scale Tödi, the highest of the Glarus Alps at 3,613 meters, to photos of recent expeditions.

Videos of those who climb these mountains today are on display as well. You might get the vicarious experience of sweaty palms and shallow, anxious breaths as you imagine what it’s like to go mountain climbing at stupendous heights.

“I was sixteen years old when I first climbed Tödi,” Rhyner said. “We had a neighbor who was very often in the mountains, and he invited me and my father to join us over the summer holidays. I remember being at Fridolin Hut, the starting point for our trek at 4 AM, and feeling amazed at all the new scenery so close to my home.”

The Alpinmuseum Braunwald offers a taste of climbing, rather than the full experience.

One display shows photographs of mountaineers climbing the long, suspended bridge to Eggstöcken, a peak towering above Braunwald.

The museum tries to recreate the feeling of what it’s like to be in the high mountains. There is a small replica of a section of a Swiss Alpine Club (SAC) hut that guests can enter. Pull up a chair and open a map on the wooden table. No howling winds or freezing temperatures, but still...

Up to the present day, the Glarus Alps are rich in mountaineering history and recreational opportunities. Here are a few important milestones and firsts:

An interactive museum with a purpose

Parts of the museum feature multimedia storytelling. Using headphones, you can listen to stories of present-day climbers. Video clips play with the push of a button. And an archive of climbers’ journals is waiting to be leafed through.

In addition to the magic, majesty, and history of the Alps, there is a purposefulness to the museum.

With climate change, alpine glaciers are in extreme danger of disappearing. While those below hear about this potential and irreparable catastrophe, it is the mountaineers who see it first-hand. It may be that with these displays of their knowledge, past, and present, something can be done to prevent matters from worsening. Seeing is believing.

A temporary exhibit about the glaciers is planned for the summer of 2023. “The mountain guides see changes happening every day,” said Rhyner. “It’s not just a matter of statistics for them.”

Rhyner has nonetheless a broad, cultural perspective about the museum. Having been inspired by her research at the Anna Göldi Museum in Ennenda, the Glarner Wirtschaftsarchiv in Schwanden, and the Freulerpalast Museum in Näfels, the goal is to showcase the natural beauty and history of canton Glarus.

“I was also inspired by time spent in museums when I lived in New Zealand,” Rhyner said. “The history of the Maori people, the glaciers, the fjords, the beauty of nature. They show what they have, and I want to show what we have here also.”

Consistent with that aim, the museum will add temporary exhibits highlighting the seasons and day-to-day life. “This coming summer we’ll have a photo installation of alpine flowers,” said Rhyner. “I’m organizing the photographs now about the panorama walk from Gumen to Ortstock.”

The Alpine Museum also offers guided tours with mountain guide Hans Fischli on select Saturdays (with no booking necessary). And, if you want to book on your own with Fischli, Mark Feldmann, or expert skier and hiker Fritz Marti, you can do so by calling the museum.

The future holds more interactive exhibits and lectures in collaboration with Bsinti, the village’s literary cafe, just a few doors down. 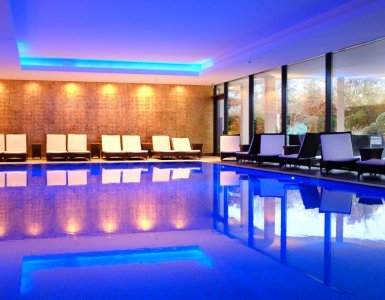 It's one of those Fridays and we feel like escaping the hustle and bustle of the city. Thurgau is not the first getaway place that comes to mind, but... Baden's reputation as a spa town has not appeared overnight. The most prominent hotel along the riverbanks of the Limmat is the Limmathof Baden... In the house of a genius at Einsteinhaus in Bern

The streets of Bern’s Kramgasse are interlaced with fashion shops, bakeries and restaurants – all forming an unmistakable chain of colors and buzzing with activity...

Manage Cookie Consent
To provide the best experience, we use technologies like cookies to store and/or access device information. Consenting to these technologies will allow us to process data such as browsing behavior or unique IDs on this site. Not consenting or withdrawing consent may adversely affect certain features and functions.
Manage options Manage services Manage vendors Read more about these purposes
View Preferences
{title} {title} {title}
77 Shares
Share74
Tweet2
Share
Pin1
WhatsApp