Some tips on how to enjoy Luzern like a Luzerner 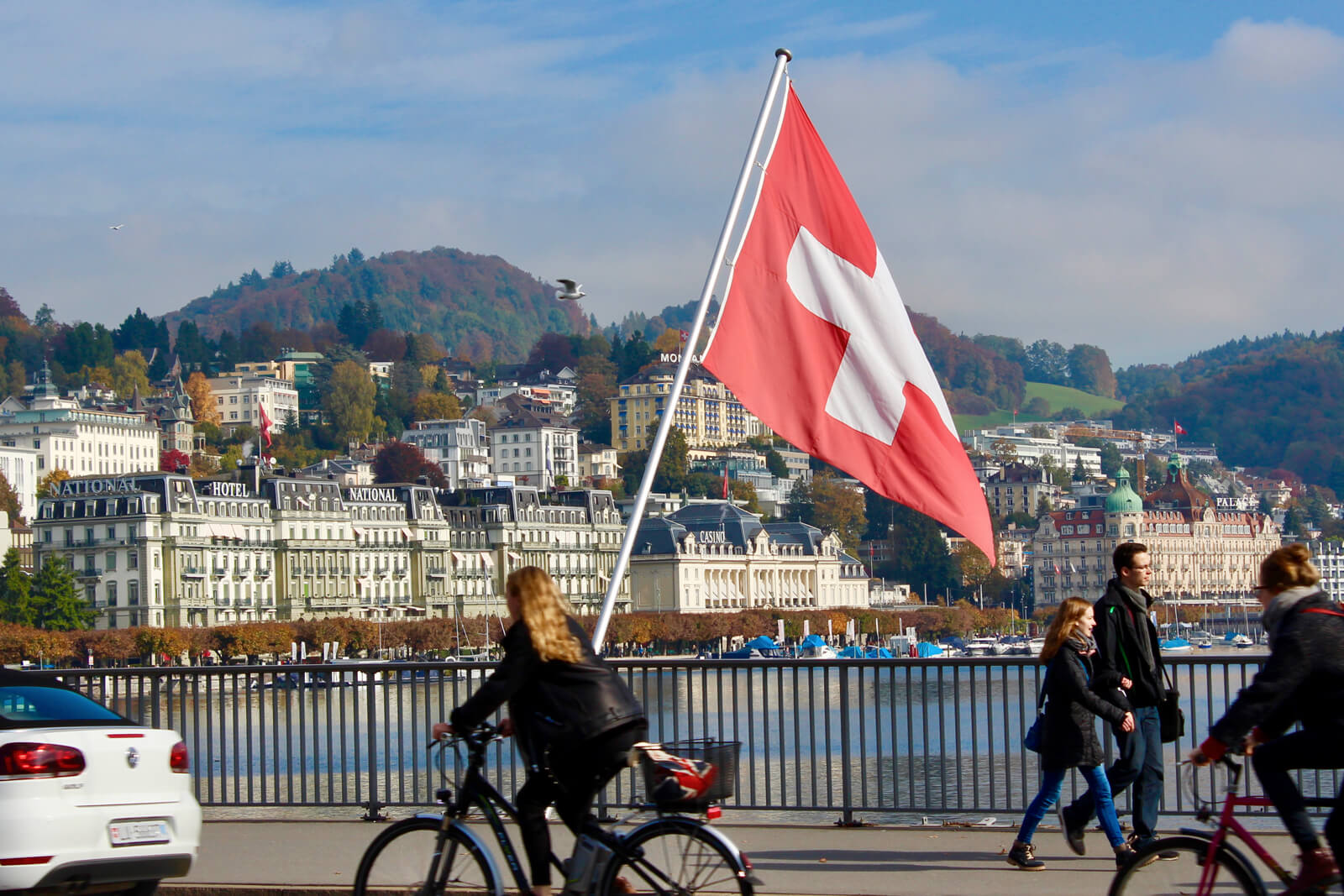 The subject of countless photographs by tourists from around the globe, hoping to capture temporary experience, the city is in an odd predicament: it is not just a tourist site, but a functional place filled with extraordinary local pleasures.

Finding the things that Luzerners enjoy requires elbowing past crowds jamming narrow bridges and pedestrian walks around the lake. Also, it is about knowing which are the best stalls at Luzern's twice-weekly farmer's markets on the banks of the roaring River Reuss.

Having worked on a farm near Luzern, exchanged a house with one of the city's ministers and visited extensively (and almost yearly since I was a child), its pleasures and people are known to me. I speak Swiss German, my last name is a Luzerner name, and although I am not Swiss, the city is a place where I feel at home.

Where the tourists go - and where the locals hang out

Let me tell you how to best enjoy visiting my home of Luzern. The capital of the canton of Luzern is tucked into the northwestern corner of Lake Lucerne, an enormous body of water that borders the cantons of Luzern, Schwyz, Uri and Unterwalden.

With the River Reuss dividing its medieval section from modernity, Luzern is a mix of old and new. It is where nature joins the magnificence of Luzern's Italianate architecture.

Luzern is filled with narrow walking streets of cobble-stone, posh watch shops, ornate frescoes on the outside walls of buildings, as well as luxury hotels on the lake and river. Yet, Luzern remains a real city with people who work for a living and study at the cantonal university, which is in the urban center.

In summer, locals gather behind the high wooden walls of public access swim clubs on the lake to bathe, topless or not. In winter and during colder months, they take to Pilatus or Engelberg, short train rides away, for skiing and snowboarding.

During day to day life, during working hours and evenings, many places remain where locals gather. Try Opus, beside the River Reuss, for a great selection of Swiss wines by the glass as well as small plates of delicious food.

The Rathaus Brauerei, just across the river, is a wonderful place for fresh drafts of beer, some seasonal and others "classic."

I also like Seebar, which is by the KKL concert hall, for drinks, beer, or wine. All three venues offer first-rate people watching and opportunities to join in the fun as well as experience the local life. Meanwhile, enormous crowds of tourists, which remind me of lines at Disney World waiting to get on rides, can be found on Luzern's famous Chapel Bridge spanning the River Reuss.

But if you go further downriver, away from the lake, you will discover the dark and gloomy Spreuerbrucke. It has haunting scenes of the nightmare that came about in the city during the Black Death, which ravaged Luzern in the fourteenth century. Fewer tourists can be found there.

Like other famous cities with past mercantile power, Luzern is known for its history. But its present (and future) are interesting as well. Venice has the Biennale and Kyoto has Kyotographie; Luzern has the Blue Balls music festival every summer.

Luzern also has the KKL Concert Hall, a gem designed by French architect Jean Nouvel. The lakeside KKL is a great venue for jazz and classical music, from Beethoven to Dee Dee Bridgewater.

KKL has a number of wonderful, modern, fancy and ex-pensive restaurants, with the added attraction of views of the lake. But while in Luzern, I would suggest eating more traditional dishes which rely upon the numerous farms nearby, providing local flavor.

Where the locals eat in Luzern

The challenge, as is true in any town inundated by tourists, is finding those places preferred by residents and yet welcoming to outsiders. The two best examples of true Luzerner cuisine are Wirtshaus Taube and Wirtshaus Galliker.

Wirtshaus Taube sits alongside the river, on a cobbled street, with indoor and outdoor tables. The menu is written in Luzerner dialect, but you can ask for an English version. Try milk soup, cheese and potatoes, pork sausages, and a wide range of vegetable based dishes.

Wirtshaus Galliker is harder to find. On the edge of the newer part of town, near the Spreuerbrucke, this old stube has several rooms with low ceilings. Expect a place filled with carousing Luzerners enjoying fresh and young Swiss wines or beer on tap. The feisty waitresses will serve first-rate veal, fish, pork, sauerkraut, and potatoes, among other things. It is nearly as much of a cultural experience as it is dining.

So much of Luzern combines culture with day to day life. Key to understanding this city is how much it draws upon tradition in order to create contemporary experiences. Luzern is not stuck in the past. How to find the best cheese at the Luzern farmers' market

One of the very best things about Luzern is its farmers' market. On Tuesday and Saturday mornings, the river banks fill with stall after stall of local farmers, purveyors and producers selling cheeses, fresh and wild game, lake fish (such as perch), porcini and chanterelle mushrooms, pickled vegetables, and produce from family gardens.

Tourists are taken in by the excitement. Locals, on the other hand, seek out ingredients so delicious that a home cook can use them to make restaurant quality food.

Sourcing the best cheeses is difficult because the displays are all so appealing. A few are favored by Luzerners: on a long wooden plank the size of a door, Stadelkäse offers an array of cow's milk cheeses. Most of these are semi-hard or hard. As you stand waiting for your turn to order, the aromas reach your olfactory sense and it is as if you have entered a barn with freshly mown grass.

Across the river, on the modern side, is Peter Kaufmann.

Dispensing cheeses from inside a replica of an old, wooden cart, Herr Kaufmann and his family talk fast and move fast. And when you step up, it is best to know what you want. He has Gruyere, Emmental, Sbrinz, and cheeses named after a few, small Alps.

Swiss do not typically buy in quantities that are familiar to North American consumers, which means that you can purchase small amounts of cheese and sample a lot. Four to eight ounces, measured here in grams, is a typical order. If you look puzzled, you might be offered a taste, but do not count on it. Expect to pay about one Swiss franc per ounce, depending on the age and type of cheese.

Rolf Beeler, or where to find the very best cheeses at the Luzern market

Look for the stall owned by Rolf Beeler just beside the Chapel Bridge. The man is known as the "Pope" of Switzerland's cheeses, and he is often there on Saturday mornings.

Shy until you get to know him, and then he turns boisterous, Rolf went from being a school teacher to one of the world's best known maître fromagers. Seventeen of the top thirty cheeses listed in Max McCalman's Connoisseur's Guide to the World's Best were aged by Rolf. His cheeses are available at high-end food shops and several luxury restaurants in the United States. 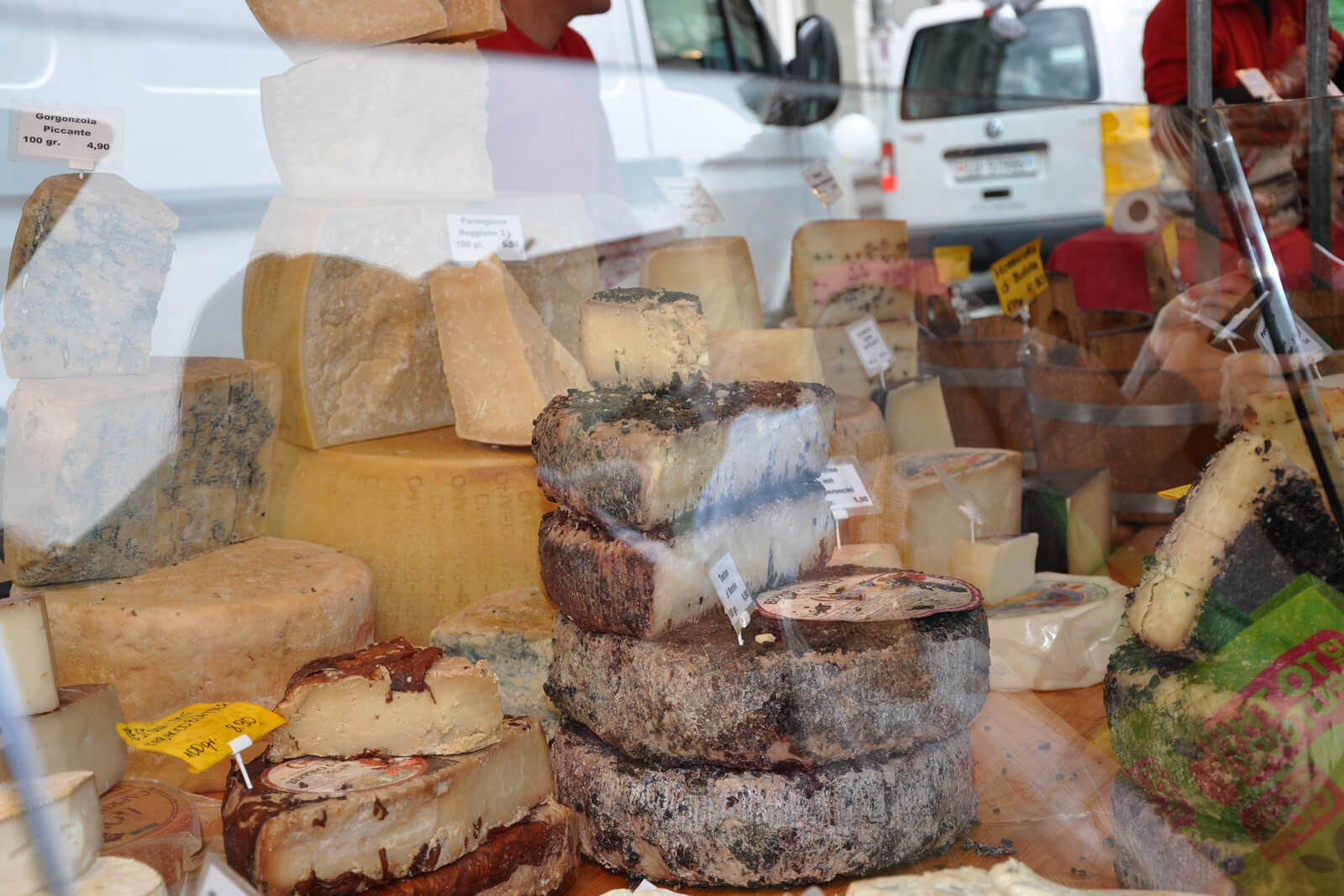 We have known one another for twenty years. "I know all the farmers," he tells me. "The woman who makes this for me," he says, holding up a chunk of Emmental, "she's the best!"

Rolf's Emmental is simply insane: the textures, long finish, and mix of creaminess and structure, even the buttery color, all add up to flavors that are his alone. When you taste one of his cheeses, you know it is from Rolf. No wonder top chefs are among his customers! 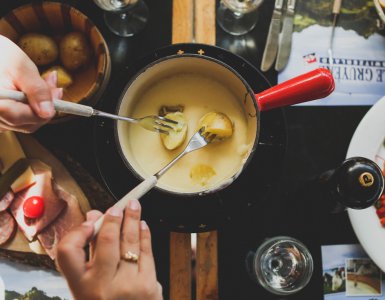 Switzerland has a top-notch transportation system, an immaculate nature and a social welfare system. 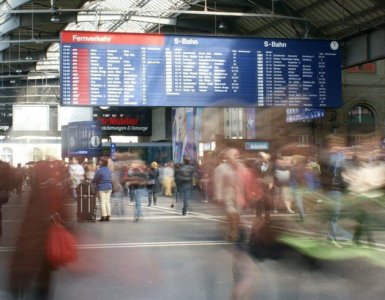 I'm a great admirer of public transportation. For their 25th anniversary, the Zürcher Verkehrsverbund (ZVV) is making a big gesture...

Manage Cookie Consent
To provide the best experience, we use technologies like cookies to store and/or access device information. Consenting to these technologies will allow us to process data such as browsing behavior or unique IDs on this site. Not consenting or withdrawing consent may adversely affect certain features and functions.
Manage options Manage services Manage vendors Read more about these purposes
View Preferences
{title} {title} {title}
623 Shares
Share616
Tweet4
Share
Pin3
WhatsApp