Swiss people are the main reason why I love living on Roger Federer's turf.

I am fond of how they try to make everything perfect, how they take pride in their slow decision making process and how much they love their little habits. It gives me a lot of occasions to annoy them. In fact, I have to admit that I became quite good at annoying my Swiss German friends. And for the first time, I am sharing my secrets! Keep in mind that the point is not to make them mad at you, just to create a little *sigh*.

For some obscure reason, Switzerland and Sweden are synonyms in some people’s minds. Every Swiss was confronted with it at least once - especially while traveling. How to exploit this sensitive point with your Swiss friends? Mention the group ABBA, or IKEA, which are obviously from Switzerland! Right?

The Swiss are known for their neutrality and healthy habits. This is why I was so surprised when I discovered their obsession with Aromat, a yellow seasoning. (In my opinion, it is more like a religious cult, actually.)

The Swiss put Aromat everywhere, and there is even a small portable version so they can carry it wherever they go. See where I am going with this? While your friend is cooking, hide their Aromat and see for how long they will look for it. Dare saying that you do not like it or that it does not have a specific taste! They will passionately explain to you why it is the best thing in the world...

Bring a Coop person to Migros (or vice versa)

I already talked about the Swiss loyalty to their grocery stores in a previous article. You have to understand that this loyalty started way back when they were kids. There is even a name for it: The Swiss will proudly identify as either a Coop Kid or a Migros Kid.

Over decades, they get used to the specific disposition of the store, the specific names for the cheap store brands (M-budget vs. prix garantie), and the loyalty programs (Migros Cumulus vs. Coop Supercard). For the Swiss, visiting the competitor grocer is like going to another country. They get lost, they do not understand the language, and they end up having digestive problems from eating all those foreign foods!

Swiss German is made of very rich and complex dialects. Every region has its own words, expressions and pronunciations. Therefore, by learning the basic greeting words, you will have a great opportunity to mildly annoy your Swiss friends.

It is a bit complex so I decided to help you optimize your annoyance factor. I asked my friends from different regions to tell me if they love, hate or are neutral toward the other dialects. So far, I have only asked a single person from every region. Sure, there is room for improvement, but the following should give you a pretty good idea of who loves, is neutral or cannot stand a certain dialect:

Self-service buffets are a popular option for social gatherings in Switzerland. They allow for socialization to be that much better: You can sit, talk and eat for hours. You are the master of your portions, and you have to cut the cheese, the bread and the braided "Züpfe" by yourself.

Slicing bread: You have to do it with the perfect technique, providing a perfect 90 degree angle. Unfortunately, I am not the most agile person with a knife. Anything I cut ends up looking like a triangle. After every cutting massacre at a self-service restaurant, a Swiss person behind me in line served themselves a triangle shape slice in order to make the bread loaf straight again!

Disclaimer: I do not recommend trying all those tricks on the same day and on the same person… What are some other ways of annoying your Swiss German friends? 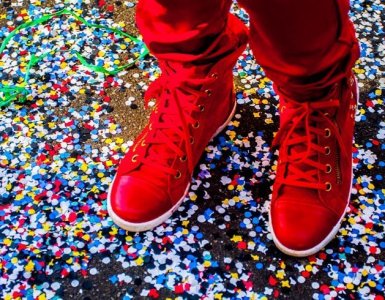 Carnivals mean floats, parades, costumes, and parties. It’s a time to be a little wild and go a little crazy before lent starts. Unless you are in Basel... 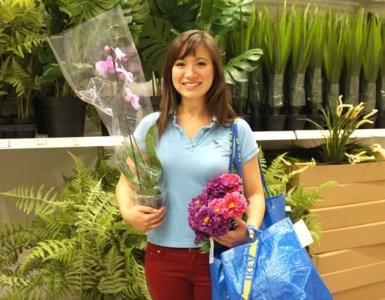 "Would you like to earn 13 Swiss francs for delivering IKEA merchandise?" Behind this lucrative gig is BringBee, an innovative start-up from Switzerland...

Manage Cookie Consent
To provide the best experience, we use technologies like cookies to store and/or access device information. Consenting to these technologies will allow us to process data such as browsing behavior or unique IDs on this site. Not consenting or withdrawing consent may adversely affect certain features and functions.
Manage options Manage services Manage vendors Read more about these purposes
View Preferences
{title} {title} {title}
342 Shares
Share340
Tweet2
Share
Pin
WhatsApp