Circus Conelli is a Christmas tradition in Zürich 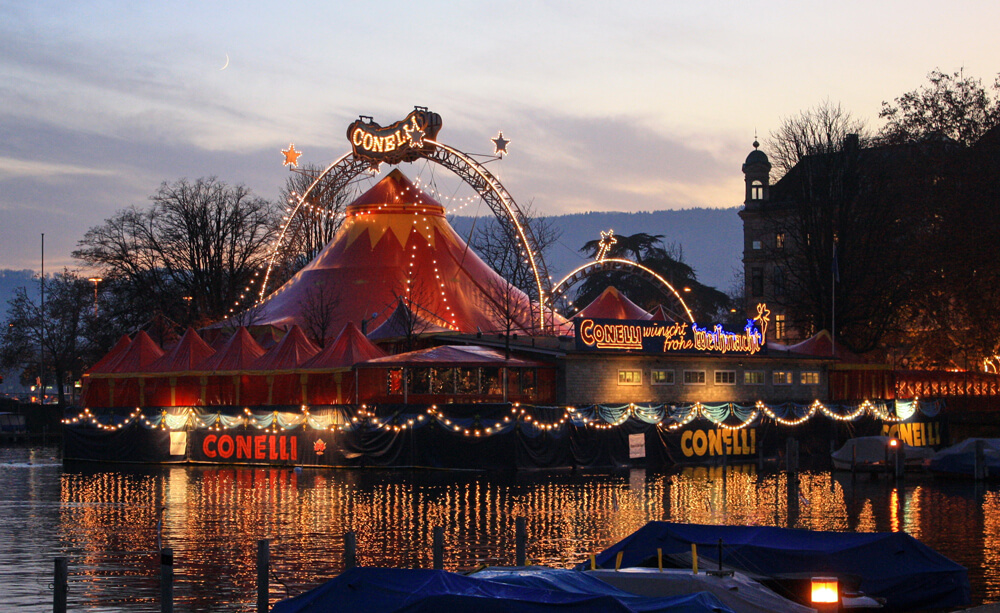 At tonight's VIP premiere, the host urged us to spread the word if we like the show, but not to share anything if we did not like it. The first half of the show was nothing to write home about. It was simply average.

Then, the mayor of Zurich, Mrs. Corine Mauch, introduced the second half. We wonder whether she knew about the racist clown number that would follow... Picture a cowboy patronizing a dumb Native American. The cowboy goes on to whip the Native American.

The so-called "VIP audience", including the former head of SVP, Christoph Blocher, was roaring about the dumb clowns and their embarrassing jokes in Swiss-English. We felt appalled by the insensitivity of this circus and we would urge Circus Conelli to remove this act.

We live in the 21st century and we feel deeply ashamed that an insensitive, racist clown act can be performed right in the heart of Zürich.

Manage Cookie Consent
To provide the best experience, we use technologies like cookies to store and/or access device information. Consenting to these technologies will allow us to process data such as browsing behavior or unique IDs on this site. Not consenting or withdrawing consent may adversely affect certain features and functions.
Manage options Manage services Manage vendors Read more about these purposes
View Preferences
{title} {title} {title}
36 Shares
Share35
Tweet1
Share
Pin
WhatsApp