Cirque du Soleil’s “TORUK” is coming to Zürich in 2019 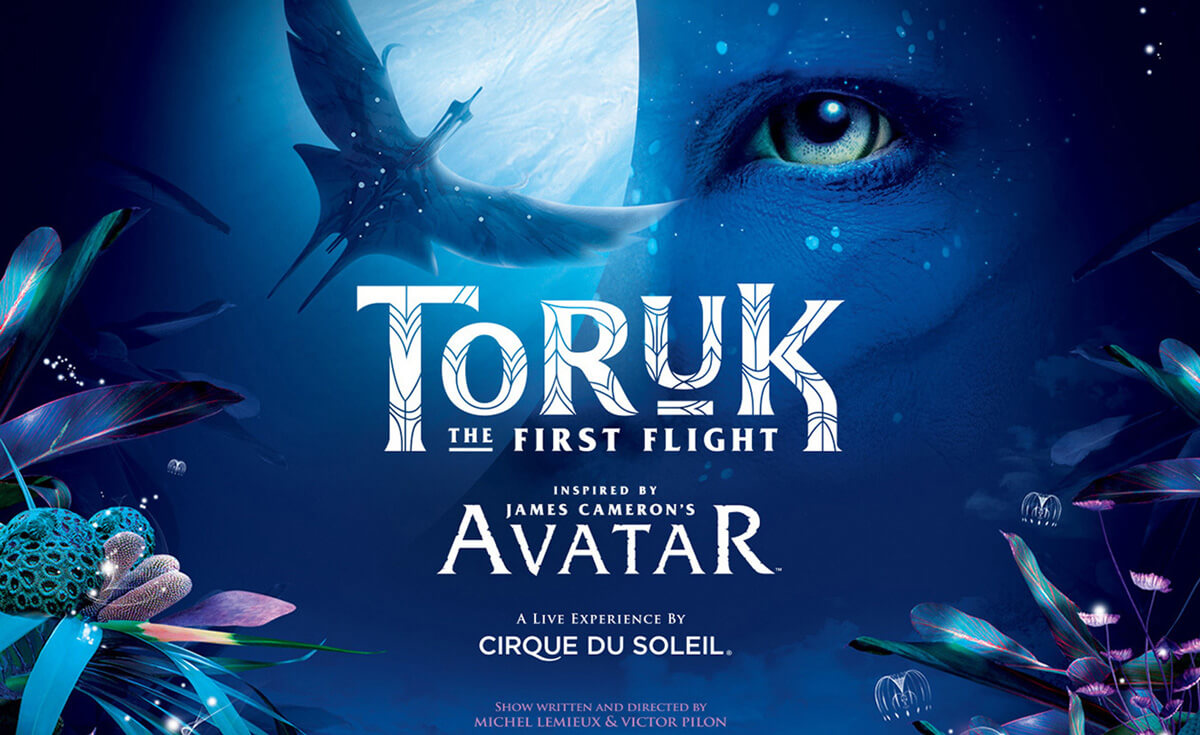 You might have heard of Avatar, the Blockbuster film by James Cameron?

Surely, the mystical fantasy world of Pandora has not escaped you in the decade since the release of Avatar? This year, the creative minds of Cirque du Soleil will be recreating this world as part of their latest performance which is set 1000 years before the movie Avatar. (In other words, this is a time before anyone has ever set foot in this world.)

What is TORUK – The First Flight all about?

Innovative stage displays, puppet theaters and cinematic projections: TORUK – The First Flight is going to take us on an epic journey to the imaginary world inspired by James Cameron. It will be an odyssey across Pandora, this world of imagination, discovery and infinite possibilities. We will also be meeting the inhabitants of Pandora, the iconic blue Na’vi. We will be marveling at their nature and their belief that all living things are ultimately connected. But soon, this innocent world will be threatened by a catastrophe.

Two young inhabitants take matters into their own hands as they seek out Toruk, the bird-like God of the Sky. Their quest takes them high up into the floating mountains where they ultimately meet Torum…

The two hour performance will be narrated by a native Na’vi storyteller in English, and there will be German subtitles.

Reserve your tickets at Ticketcorner!