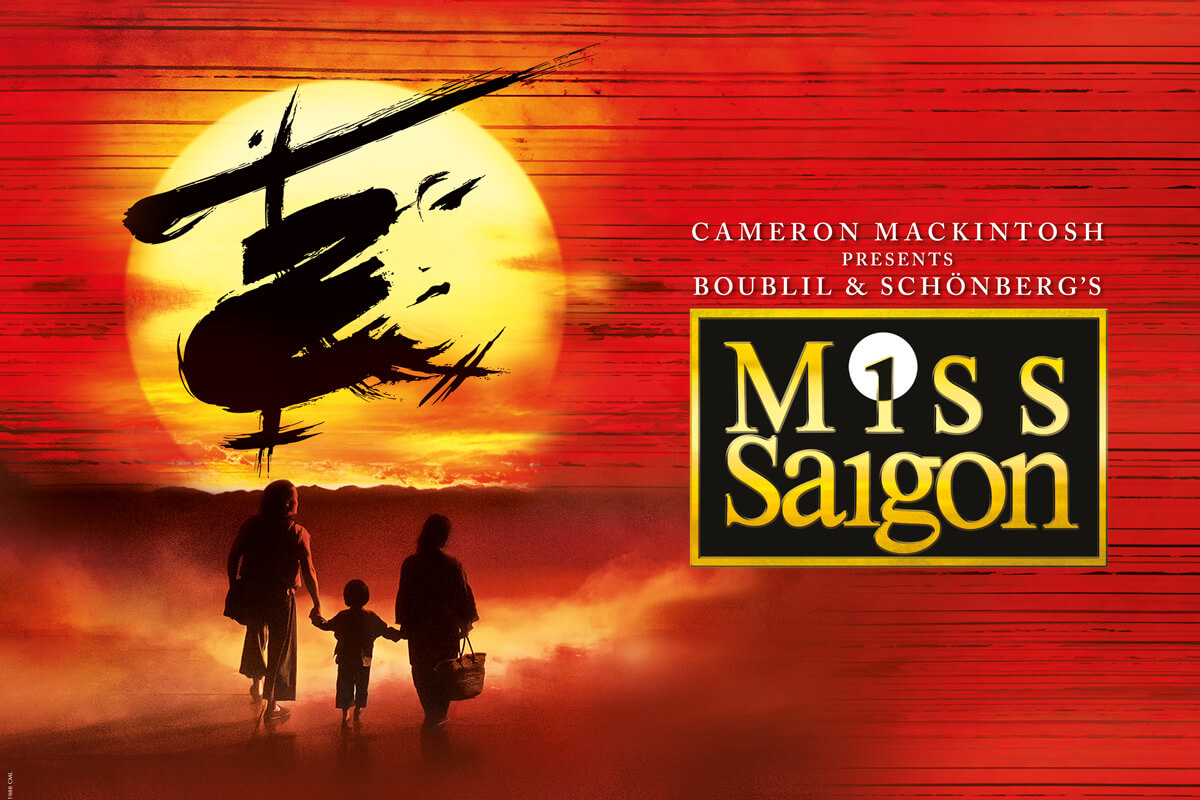 The story of MISS SAIGON is set during the last days of the Vietnam War in the year 1975.

In a nightclub in Saigon, American G.I. Chris falls for Vietnamese barkeeper, Kim. As the military conflict escalates, the protagonist Chris is forced to leave Saigon. The two lovers are tragically ripped apart by this historical conflict, leaving Kim to search for Chris during the years that followed. Meanwhile, Chris is oblivious to the fact that he is the father of a son.

The immense success of the MISS SAIGON musical

The MISS SAIGON musical is actually based on the opera Madame Butterfly. And despite a quarter century having passed since its release, this tragic love story is more relevant than ever. It could have easily played out in a contemporary war theater such as Syria.

MISS SAIGON has attracted 35 million viewers worldwide since 1989, when the musical was first performed in London. Three Tony awards later, this blockbuster musical is coming to Switzerland for the very first time. Switzerland will get to see the original musical version in English. Please note that it takes 2:45 hours, including a break. Manage Cookie Consent
To provide the best experience, we use technologies like cookies to store and/or access device information. Consenting to these technologies will allow us to process data such as browsing behavior or unique IDs on this site. Not consenting or withdrawing consent may adversely affect certain features and functions.
Manage options Manage services Manage vendors Read more about these purposes
View Preferences
{title} {title} {title}
87 Shares
Share85
Tweet2
Share
Pin
WhatsApp