A bright red train with the awesome backdrop of the Swiss Alps. The red composition snakes among blue lakes, green meadows and white glaciers.

Most of us can conjure up this colorful image which often poses as a key visual for the entire railway system of Switzerland. But how many knew that the red train is the Rhaetische Bahn (or RhB), and that this train experience in Eastern Switzerland has been under the protection of UNESCO World Heritage? It is safe to say that the Albula and Bernina railway lines are bucket list experiences not only for chasers of UNESCO sites, but for anyone who calls Switzerland their home.

This June, there will be a train festival to celebrate the 10th anniversary of the UNESCO World Heritage RhB!

At the train depot in Samedan, there will be a number of fun activities where you can test your train brain. In one activity, you will get to experience a day as a railway worker as you prepare a track. Inside the warehouse, you and your teammates will need to maneuver a trolley while being blindfolded. And for those who want to show off their muscles, how about operating a locomotive on a turntable? During this weekend only, historic locomotives will be displayed at the train stations in Samedan and Pontresina. There will be guided tours for the railway enthusiasts who like to know all the facts. And for everyone else, a selection of trains will act as shuttles between the two stations. On Saturday at 5:30 PM, make sure to witness the largest ever parade of historic trains as these 13 compositions will be connected! The organizers have announced a UNESCO World Heritage street market in Pontresina with activities for the kids, as well as delicious foods and live music in Samedan. At the Albula Railway Museum in Bergün, there will be a special exhibit honoring the rail line as well as the fifty other UNESCO sites around the world.

The benefits of the festival pass.

The best way to experience the RhB Railway Festival is with the festival pass. Available starting at 35 francs, this all-inclusive ticket covers the round-trip fare from any RhB train station to the festival in Samedan or Pontresina (scheduled trains only). Also included are a half-price ticket for the RhB Experience Train or discounted steam-train trips. 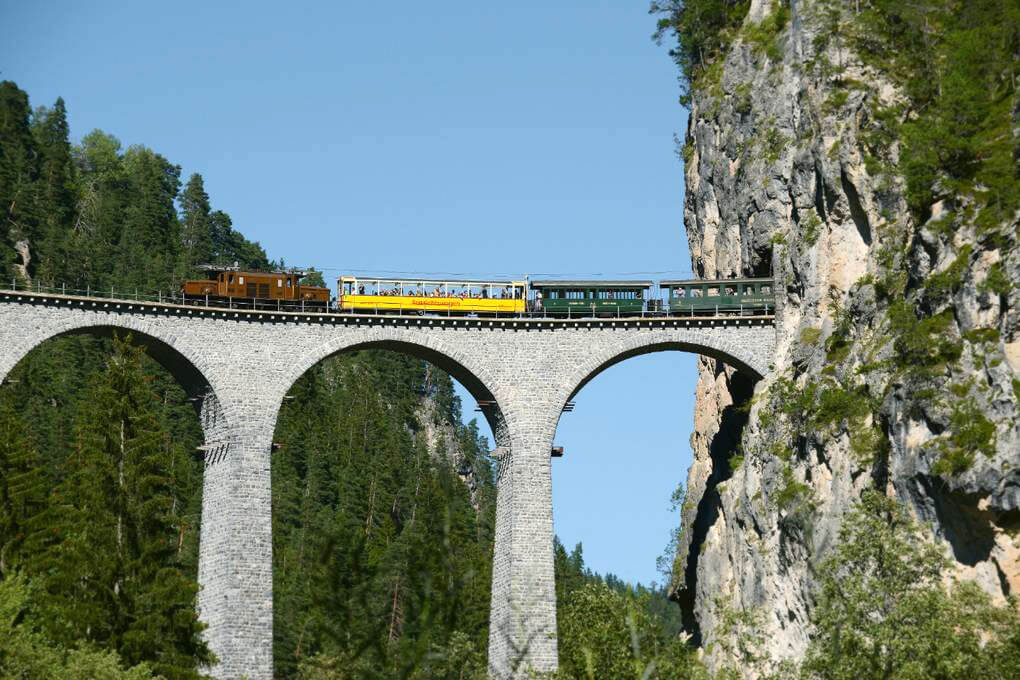 Manage Cookie Consent
To provide the best experience, we use technologies like cookies to store and/or access device information. Consenting to these technologies will allow us to process data such as browsing behavior or unique IDs on this site. Not consenting or withdrawing consent may adversely affect certain features and functions.
Manage options Manage services Manage vendors Read more about these purposes
View Preferences
{title} {title} {title}
89 Shares
Share78
Tweet11
Share
Pin
WhatsApp