THE KING AND I Musical is coming to Zürich 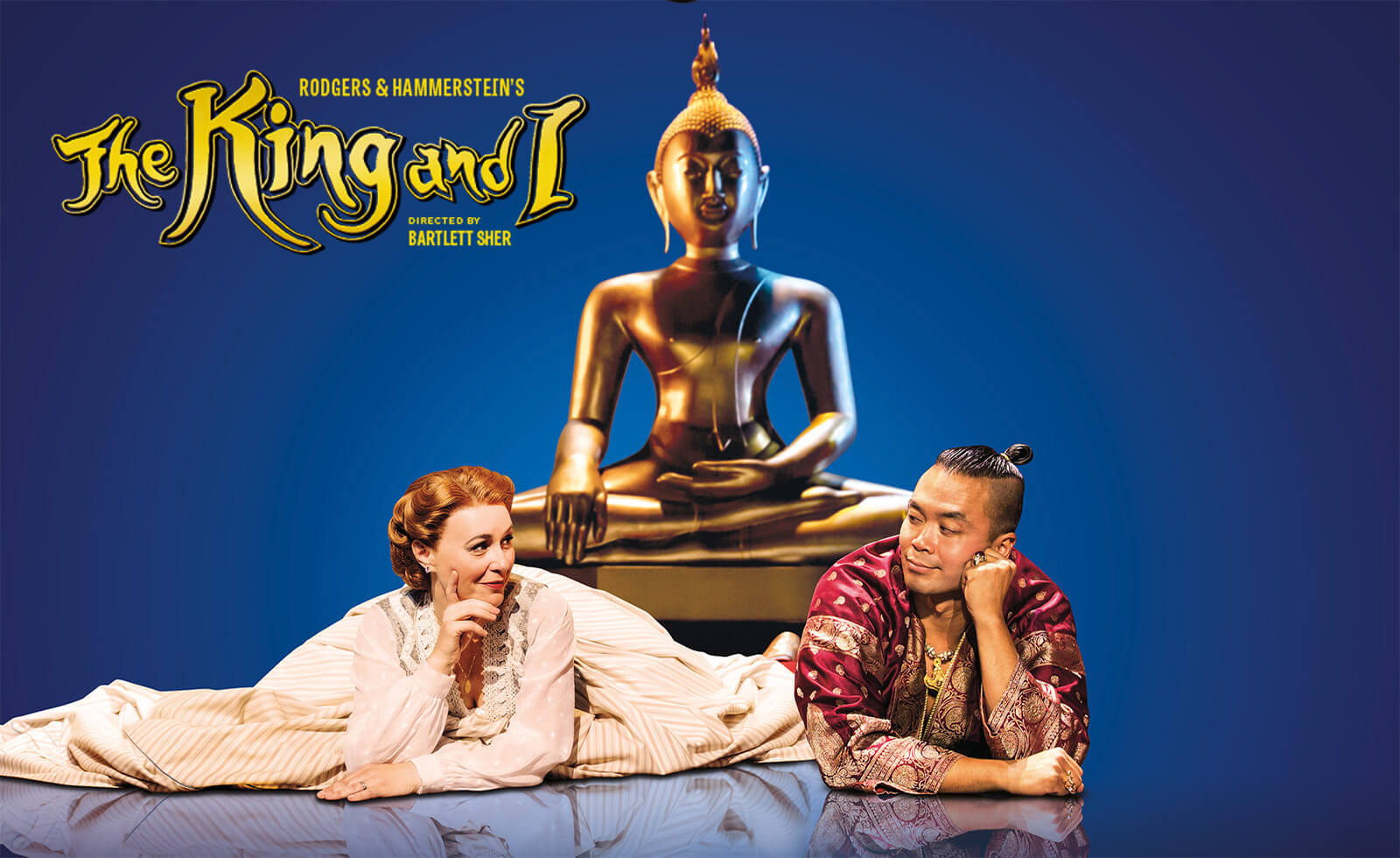 Straight from the golden age of musicals, meet THE KING AND I!

After a record breaking season at The London Palladium, the musical is now embarking on a world tour. This will be the first time for the current production of THE KING AND I to stop in Switzerland.

The story takes place in Bangkok around 1860. Anna, a British teacher, arrives in Bangkok during these imperialistic times. She will be visiting the court of the King of Siam in order to teach his highness and the 67 children in modernist ways. But with her brave and strong-willed nature, she turns the royal court upside down. Without giving anything away, there will be tragedy and romance…

The musical is based on the novel Anna and the King of Siam. It first appeared on Broadway in 1951. One year later, it was a hit at the box office, winning a Tony Award for “Best Musical”.

But its revival has been critically acclaimed as well. In 1996 and 2015, THE KING AND I has won Tony Awards for “Best Revival”. And finally, you might remember the 1999 movie adaptation starring Jodie Foster.

This is the fifth musical by the Rodgers and Hammerstein team. The two have drummed up a large orchestra and 50 outstanding artists. I am very much looking forward to hearing the live performances of songs such as Shall We Dance, Getting To Know You, or Whistle A Happy Tune.

About the original UK cast

The cast for this musical includes Kok-Hwa Liein in the role of Kralahome, and Aaron Teoh as Prince Chulalongkorn. William M Lee will play Phra Alak, and Edward Baker Duly will take on dual roles of Orton and Ramsay.

This revival of THE KING AND I musical has designs by Michael Yeargan as well as light designs by Donald Holder. Scott Lehrerm provides the sound design, and costumes were designed by Catherine Zuber. This is a once in a lifetime opportunity to witness this spectacular musical. Unless you are planning to travel abroad, it will never be more convenient to see it than this winter in Zürich…

The producer of the musical, Howard Panter, has declared that “the response from London audiences to this multi-award winning production was unexpected.” In addition, WhatsOnStage also gave the show a four-star review saying that “It’s very hard to not to fall for the King and I, which features some of the loveliest songs in musical theatre sung by an absolutely crack cast. The songs included in the musical were Getting to Know You, Whistle A Happy Tune, and Shall We Dance?”

The musical takes approximately 3 hours including an interval. This is the original UK version in English. It is recommended for children aged 8 years or older.

Manage Cookie Consent
To provide the best experience, we use technologies like cookies to store and/or access device information. Consenting to these technologies will allow us to process data such as browsing behavior or unique IDs on this site. Not consenting or withdrawing consent may adversely affect certain features and functions.
Manage options Manage services Manage vendors Read more about these purposes
View Preferences
{title} {title} {title}
25 Shares
Share25
Tweet
Share
Pin
WhatsApp