The Unspunnen Festival is more than 200 years old (Interlaken)

Exceptionally, it has been 11 years since the last Unspunnen folklore festival took place.

Many young Swiss remember visiting it in their childhood. A decade later, the same Swiss traditions as back then are being kept as strong as ever. Moreover, the festival’s beginnings reach back to 1805 when a local celebration was held in order to bring together the city dwellers and country folk.

The Unspunnen Festival in Interlaken

Apart from that, you might not want to miss the folk dance event where some 2500 dancers come together for a mesmerizing show. To make it even more colorful and to learn the looks of different parts of Switzerland, see the Grande Parade, a part of the Traditional Costume and Alpine Herdsmen’s Festival!

You can either get individual tickets for separate shows or concerts (20 to 49 francs) or purchase a festival pass (79 francs for adults; 39 francs for children ages 3 to 16). The latter provides unlimited entries for all nine festival days. 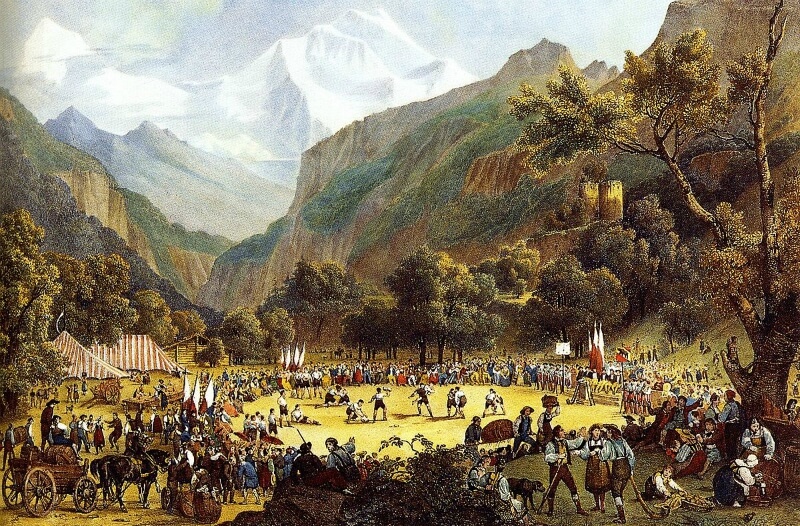 An interesting fact: The Unspunnen festival was first held in 1805. It was seen as a way of preventing uprisings between the urban residents and people living in the countryside. (At the time, they saw each other as political enemies.) Although years later the unrests still broke out, the second festival in 1808 was a huge success with 5000 visitors.

Manage Cookie Consent
To provide the best experience, we use technologies like cookies to store and/or access device information. Consenting to these technologies will allow us to process data such as browsing behavior or unique IDs on this site. Not consenting or withdrawing consent may adversely affect certain features and functions.
Manage options Manage services Manage vendors Read more about these purposes
View Preferences
{title} {title} {title}
87 Shares
Share87
Tweet
Share
Pin
WhatsApp